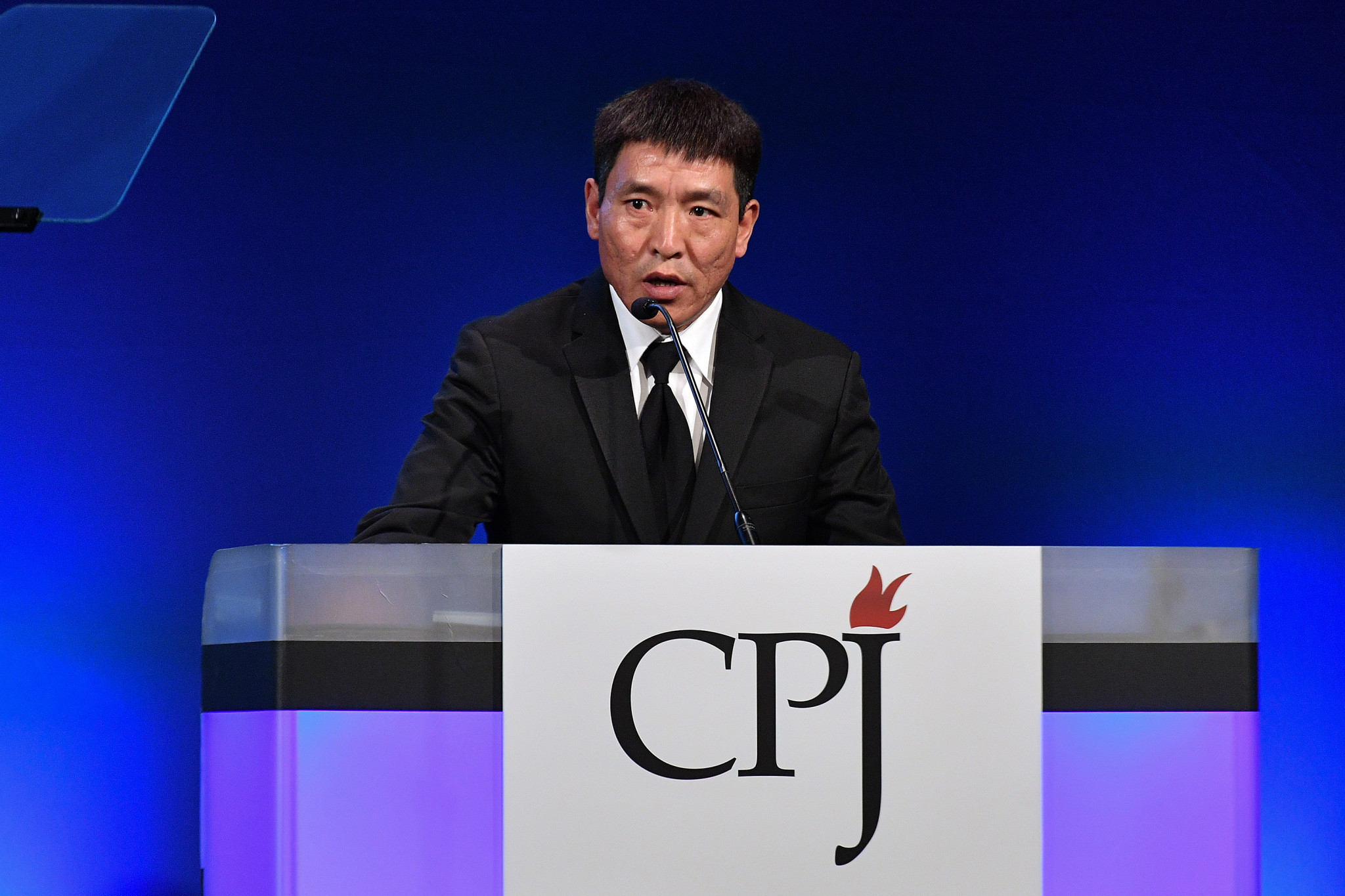 A protest against the Beijing 2022 Winter Olympic Games has been staged in the French capital Paris by six groups advocating Tibetan rights.

Students for Free Tibet was among the groups represented at the demonstration, along with the French branches of the Tibetan Youth Congress and U-Tsang Association.

The activist Dhondup Wangchen, who has produced a film entitled Leaving Fear Behind, was the main speaker at the event.

Dhondup Wangchen detailed his experience as a political prisoner in China, before outlines the situation in Tibet.

The filmmaker is touring 22 countries to press for a boycott of the Winter Olympics in the Chinese capital, and plans to submit a series of video messages recorded from his travels to the International Olympic Committee (IOC).

Dhondup Wangchen has also scheduled meetings with politicians and journalists during his six-day stay in Paris, including the city's Deputy Mayor Jean-Luc Romero-Michel and Raphaël Glucksmann, a member of the European Parliament.

In a letter delivered to the French National Olympic and Sports Committee offices, Dhondup Wangchen accused China of failing to fulfil promises made prior to the Beijing 2008 Summer Olympic Games, when its record on human rights also came under scrutiny.

"I am touring European countries to shine the spotlight on China's continued human rights abuses, particularly in Tibet," Dhondup Wangchen said, as reported by The Tibet Post.

"In the run-up to the 2008 Beijing Games, China promised that its human rights record would improve.

"Back then, I believed in the International Olympic Committee and trusted them to live up to their promises.

"I made together with the help of some friends the documentary film Leaving Fear Behind, interviewing Tibetans on the ground to air their views and grievances, and for this 25-minute film, China tortured me and gave me a six-year prison sentence.

"China does not deserve the honour of hosting the 2022 Winter Olympics and the IOC should withdraw all athletes."

China has governed Tibet since 1950, when it sent troops to the region and seized power, but campaign groups have called for independence and more rights for Tibetans ever since.

They also say the Tibet Autonomous Region does not include much of what is viewed as historic Tibet, and dispute that that designation gives people living there additional freedoms or influence.

Many Tibetans view the exiled spiritual figure the Dalai Lama as their leader, and China has been accused of suppressing Tibetan religious belief and culture, including by using methods of torture and crushing dissent.

Beijing claims it has overseen major development in the region, and denies accusations of abusing human rights.

China's record in Hong Kong and on its treatment of other minorities including Uyghur Muslims in Xinjiang has also proved a controversy in the build-up to next year's Winter Olympics and Paralympics.

The protest in Paris is the latest staged by Tibetan rights groups.

When the Beijing 2022 Olympic Flame was lit in Ancient Olympia, four protestors were arrested outside the site in Greece prior to the event, before another small group were able to enter the archaeological ruins and unfurl Tibetan flags at the ceremony.

They were arrested by police, and have been given a trial date on February 3 next year - one day before the Olympic Opening Ceremony.

United States President Joe Biden has confirmed the country is considering a diplomatic boycott of the Games, a move also reportedly being discussed by United Kingdom Government and other Western countries.