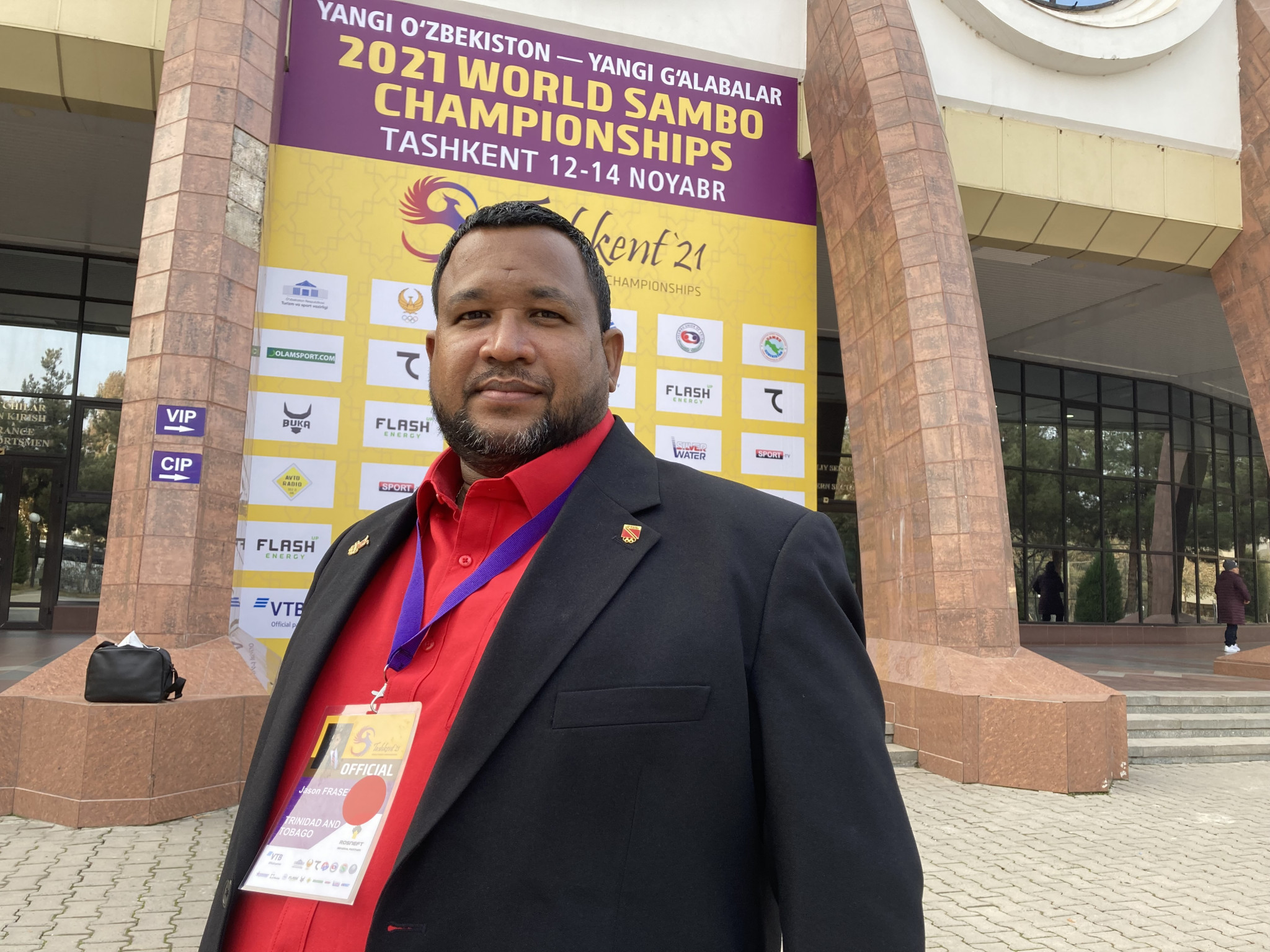 Trinidad and Tobago Sambo and Combat Sambo Federation President Jason Fraser is seeking to attract a top-level coach to the Caribbean, insisting it is the "only way forward" for the sport to develop in the region.

Jeremy Rodulfo of Trinidad and Tobago made history here in Tashkent yesterday by becoming the first Caribbean sambist to become a world medallist.

Nicknamed "Rampage", Rodulfo clinched bronze in the combat under-98 kilograms category at the World Sambo Championships in the capital of Uzbekistan.

An emotional Fraser described Rodulfo’s medal as a "building block" for the development of sambo across the Caribbean.

"This is an historic achievement," said Fraser.

"It was on all the television and radio stations and in the newspapers, it was a big thing over there.

"I even got a call directly from the Minister of Sports and the Prime Minister office as they know that we have been constantly knocking on the door.

"The Prime Minister congratulated us, saying it was well deserved.

"That medal will be the pinnacle that will push our athletes forward."

Fraser, who took four sambists to Tashkent, claimed Trinidad and Tobago had a "strong future" in the sport but needed more support from the International Sambo Federation (FIAS) and called on the country’s Government to create a "home" for combat sport on the island.

Yesterday, FIAS President Vasily Shestakov outlined plans to push for sambo to secure a place on the Olympic programme for Los Angeles 2028.

But Fraser insists the Caribbean will need a high calibre coach to ensure the region is not left behind in the quest to become an Olympic sport.

"I am lobbying right now to have a coach come to the Caribbean at some point next year to spend at least six months out there," said Fraser.

"I need a coach to come who must be English-speaking.

"Russia have some of the best coaches in the world and they have coaches that speak English.

"The Olympics are our goal in 2028 so we have a few years now to prepare for that.

"We can’t wait two or three years before the Olympics.

"I will be putting my pen to paper to the entire [FIAS] saying this is what we want and this is the only way forward for development."

Fraser, who is also the vice-president of both the Pan American Sambo Union and Commonwealth Sambo Association, said there are more than 300 sambists in Trinidad and Tobago but added that they need more opportunities to participate in events to help raise their standards.

"I am now suggesting to FIAS that we have something on the calendar called the "Caribbean Open Championships" every year," said Fraser.

"It’s time to have that on the calendar so we can have more activities in that part of the world.

"FIAS are trying their best and they have actually come a really long way since we have been there.

"Having Olympic recognition is a blessing to all Caribbean countries.

"It means that we are going to get more traction and more attention, even from Olympic Committees.

"But we, as administrations, need to do our part, we need to be more proactive and speak out."