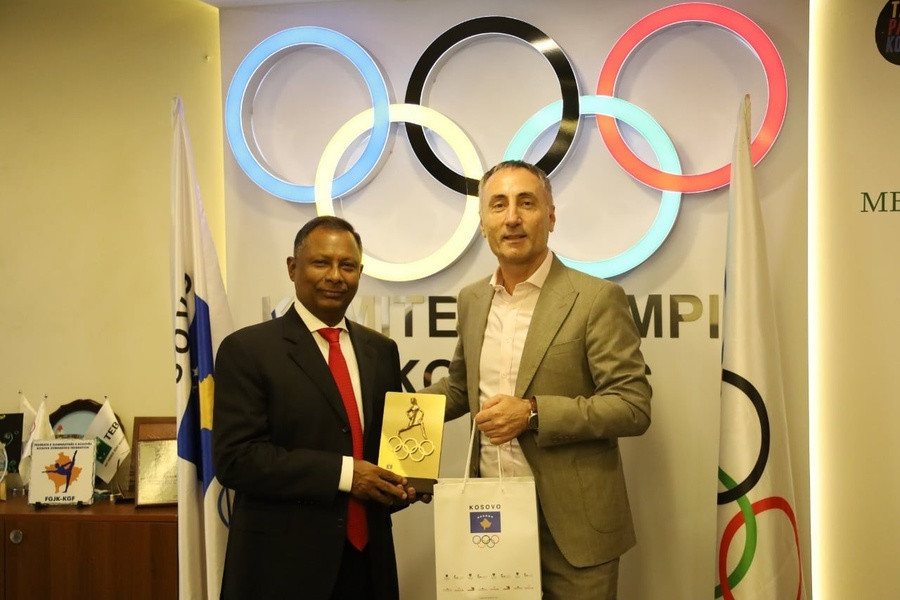 The pair thanked Subramaniam and expressed their commitment to bolstering the diplomatic relations between Kosovo and Sri Lanka's NOCs.

The pair already share a good relationship as Kosovo hosted a Sri Lankan judo team to aid in their preparations for the Tokyo 2020 Olympic Games.

Subramaniam congratulated the Kosovo Olympic Committee on the two gold medals, both in judo, won in Tokyo and said it was evidence of the hard work and dedication of its athletes.

At the end of the meeting, gifts were exchanged between the two Presidents.

A similar meeting then took place in Paris as Subramaniam was hosted by the French National Olympic and Sports Committee's President Brigitte Henriques and secretary general Didier Seminet.

Sri Lanka was represented by nine athletes across seven sports at the Tokyo 2020 Olympic Games and nine at the Paralympics.

The country did not win a single medal at the Olympics with Yupun Abeykoon its best performer after placing sixth in the men's 100 metres quarter-final.