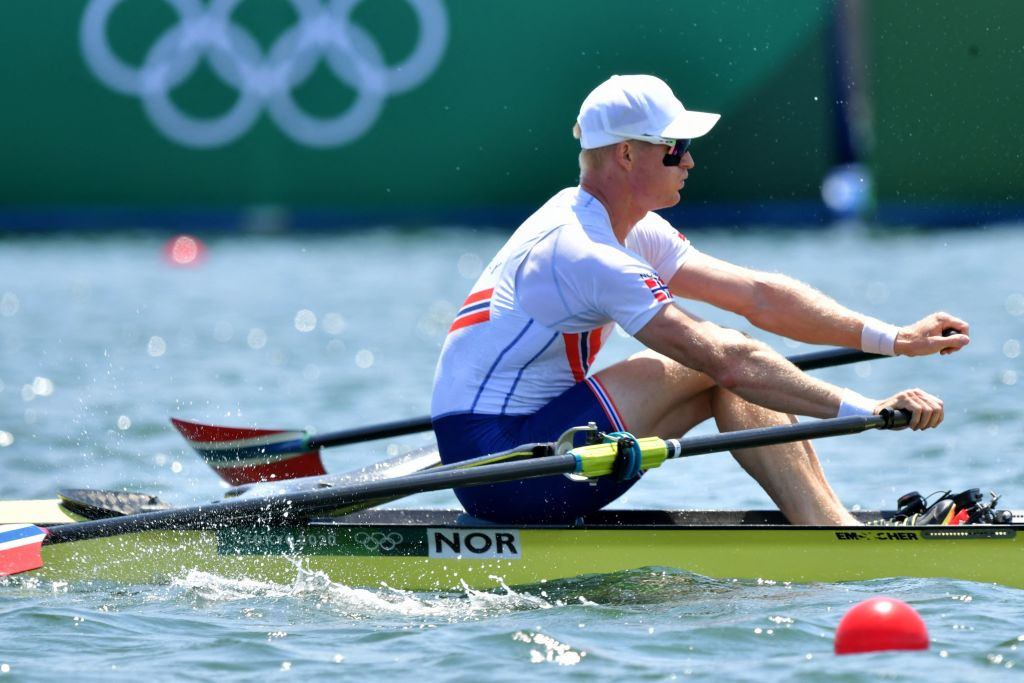 Double Olympic medallist and two-time world champion Kjetil Borch has criticised World Rowing after revealing he was stripped of a gold medal from a major event for holding a can of Red Bull on the podium.

World Rowing ordered Borch two return his title from the World Cup at Sabaudia in Italy in June for breaching advertising rules.

In a wide-ranging post on Instagram - which also included the Norwegian raising questions about anti-doping procedures before the rearranged 2020 Olympic Games in Tokyo and at a separate World Cup in Zagreb - Borch wrote that he had also been fined €2,500 (£2,100/€2,900).

The 31-year-old, winner of an Olympic silver medal in the single sculls at Tokyo 2020 and double sculls bronze at Rio 2016, claimed sending the medal back "broke my heart, because the racing was fair but FISA punished me by taking what fair play had earned me".

Borch told Norwegian newspaper VG the decision from World Rowing was an "overreaction" and insisted it was an honest mistake as he forgot he had the Red Bull can on the podium.

In a lengthy response to Borch's post, World Rowing said the Norwegian had broke its advertising regulations on three occasions before the incident at the World Cup in Sabaudia.

World Rowing added he had been warned a further breach would result in "penalties".

"Following the violation in Sabaudia at the World Rowing Cup, the Executive Committee believed it was its duty to apply the rules equally and, as multiple previous incidents and warnings had been given, applied the relegation sanction to Mr. Borch," World Rowing said in a statement

World Rowing claimed it had not announced the sanction prior to Tokyo 2020 to avoid "possible distractions" before the Games but its Executive Committee said in future, notices of a sanction decision must be published immediately to "avoid any misunderstandings or misinformation".

Borch had also alleged he was "threatened" with a possible missed test by doping control officers at the World Cup in Zagreb following a dispute after the race, where he was given a warning by World Rowing.

He said he wanted to carry out his post-race routine, which includes meditation, but was told he could be given a missed test if he did not report to the anti-doping control station for in-competition testing within 60 minutes after notification.

Borch added that he phoned the Norwegian Anti-Doping Agency, who told him the Croatian anti-doping personnel "had no right in threatening me, and that I had the right to do my meditating as a part of the post-race routine".

World Rowing said he should have reported immediately for testing "unless there are valid reasons for a delay", and the 60-minute rule applied to out-of-competition, rather than in-competition testing, while a report on the incident from the Croatian Anti-Doping Agency claimed Borch was "uncooperative" and it had not found any misconduct from the testers.

All of World Rowing's anti-doping activities are carried out by the International Testing Agency.

"World Rowing, including the Athletes Commission, always attempt to first discuss and address any issues directly and collaboratively with athletes and World Rowing membership, as was done in this case with Mr. Borch and the Norwegian Rowing Federation," World Rowing added.

"It is regrettable that Mr. Borch decided to elevate these issues using social media to present his side of the story but without revealing the full situation.

"It is for this reason World Rowing has found it necessary to publish the above."