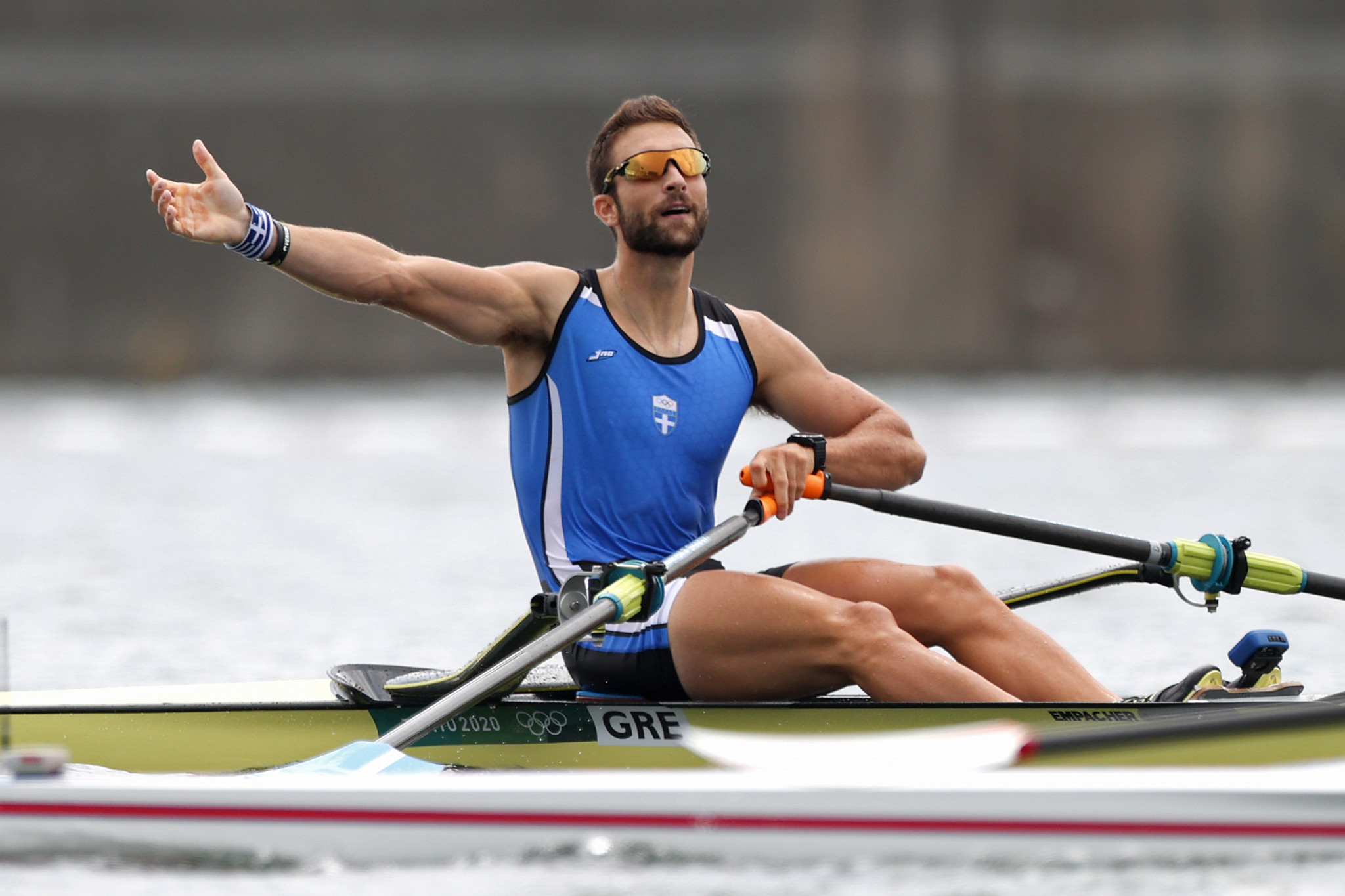 The Greek rower broke the Olympic record with a time of 6min 40.45sec - beating the previous best set  by New Zealander Mahé Drysdale by almost a second - as he overcame two-time world champion Kjetil Borch of Norway.

It was a stunning triumph for Ntouskos who failed to make it into the final of the World Championships in 2019 and came fourth at this year’s European Championships.

The 24-year-old’s biggest title prior to the Olympic gold was the 2018 Mediterranean Games crown in double sculls.

He qualified from the semi-finals with the fastest time of 6:41.62 and shaved more than a second off that in the final.

But the Rio 2016 double sculls bronze medallist was unable to overhaul Ntouskos who edge ahead at the 500-metre point before powering ahead.

Borch had to settle for silver in 6:41.66, while Damir Martin of Croatia came from behind to secure bronze in 6:42.58, with Denmark’s Sverri Sandberg Nielsen finishing fourth in 6:42.73.

An Olympic record was also broken in the women’s single sculls as New Zealand's Emma Twigg made it fourth time lucky at the Games with gold.

The 34-year-old came out of retirement for the second time in 2018 after two years off the water and it has proven to be a wise move.

She clinched world silver in 2019 and has now become Olympic champion for the first time.

Having finished fourth at London 2012 and Rio 2016, Twigg has endured some tough experiences at the Games, but her persistence has paid off in Tokyo.

Twigg moved out in front over the first quarter of the race before establishing a lead of more than two minutes at the halfway point.

No one could get near Twigg who powered further ahead to clinch victory in an Olympic best time of 7:13.97, while the rest of the field battled it out for the other positions.

New Zealand then captured its second gold of the day when its men's eight crew held off world record holders Germany and reigning champions Britain to secure top spot.

Germany, the London 2012 champions, led the way in the opening stages, with Britain in second spot, four metres and 0.15 seconds behind after the first 500m.

Britain edged ahead before being overtaken by New Zealand who took a narrow lead at the halfway stage before powering ahead.

The British team slipped further behind and faced a battle with Germany for silver, while New Zealand pressed down the accelerator.

Canada ended the United States' dominance in the women's eight by claiming an impressive victory.

The US team struck gold at Beijing 2008, London 2012 and Rio 2016 but finished outside of the medals in fourth position.

China produced a superb second-half of the race to overcame the US and Australia to bag the bronze medal in 6:01.21.