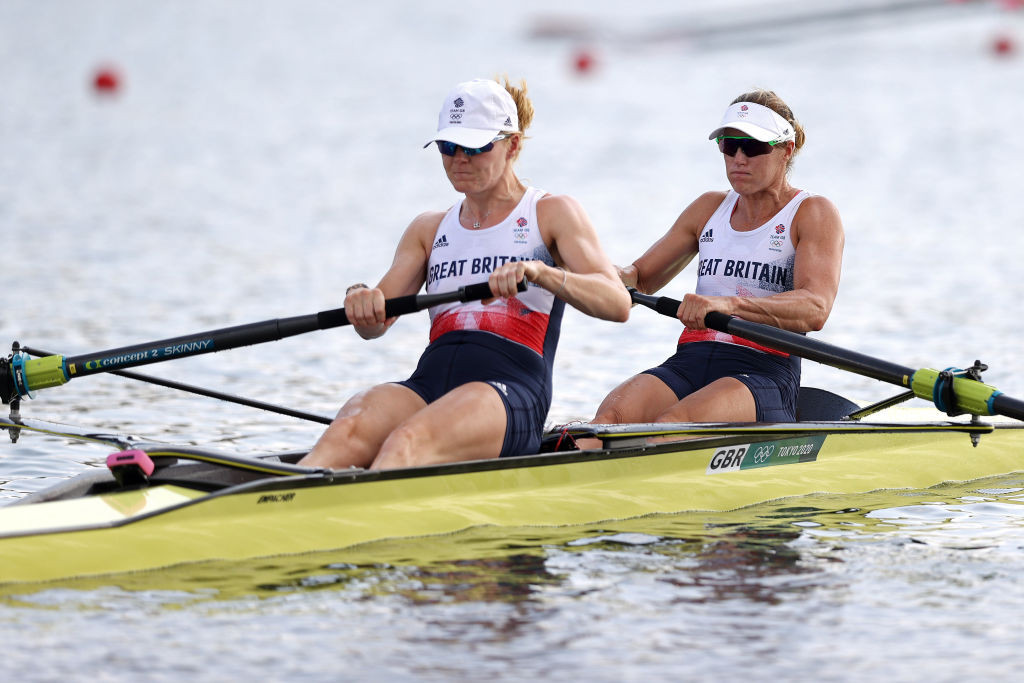 Britain will seek to top the Olympic rowing medals table once again after its success at the last three Games with a 45-strong team that includes returning double gold medallist Helen Glover.

The other big battalions on manoeuvres at the Sea Forest Waterway venue will be the 38-strong Australian team and the United States, who have named 37 athletes.

Ireland has named a team of 13, including Sanita Puspure, the 39-year-old Latvian-born single sculler who won world gold in 2018 and 2019.

Glover, 35, won Olympic women’s pairs gold at the London 2012 and Rio 2016 Games with Heather Stanning, after which she retired and became a mother of three children.

One of 24 women in the British team along with her current rowing partner Polly Swann, Glover said: "This is the thing I was aiming for when I first came back.

"I genuinely thought it was an impossible mission this time last year but I always had this day in my sights and I feel really proud that it’s here and that I’ve made the Olympic team."

Medal ambitions are realistic, although the British pairing look likely to be among the chasing pack with Australia and Canada in pursuit of New Zealand’s Grace Prendergast and Kerri Gowler.

Moe Sbihi, who earned bronze in the men’s eight at the London 2012 Olympics and was in the gold-medal winning coxless four at Rio 2016, will return as part of a men’s eight consisting of him and eight Olympic debutants, including coxswain Henry Fieldman.

The British men’s eight inflicted a huge defeat on the German crew that had dominated the event since 2016, but there are also rising hopes for the Dutch, Australian and New Zealand crews.

The Australian four of Alexander Purnell, Spencer Turrin, Jack Hargreaves and Alexander Hill will be expected to make a strong bid to regain the title won by Oarsome Foursome in 1996, while 2019 world champions Poland and Italy should also figure prominently.

Australia will also have strong hopes in the women’s four, where they will be represented by the 2019 world champions.

The US women will be seeking a fourth successive gold medal in the eight, which would equal the run established by Germany in the women’s quadruple sculls between 1992 and 2004, but they have been displaced at the top of the world since Rio and Australia and New Zealand will figure strongly.

Croatia’s Sinkovic brothers, Martin and Valent, winners of the men’s double sculls at the Rio 2016 Olympics, are strong favourites to add a gold in the men’s pair.

Ireland’s Paul O’Donovan and Fintan McCarthy, the 2019 world champions in the lightweight men’s double sculls, have been unbeaten since and will hope to add Olympic gold against challengers from Germany, Italy and Norway.

Germany’s European and world single sculls champion Oliver Zeidler looked on course for gold until he was beaten at the last World Rowing Cup in June by Sverri Nielsen of Denmark.

Norway’s hugely experienced Kjetil Borch of Norway will also be in the hunt, as will another wily veteran, Damir Martin of Croatia.

China’s world 2019 champions in the women’s quadruple sculls looked hugely impressive winners in the World Cup and are strong favourites.