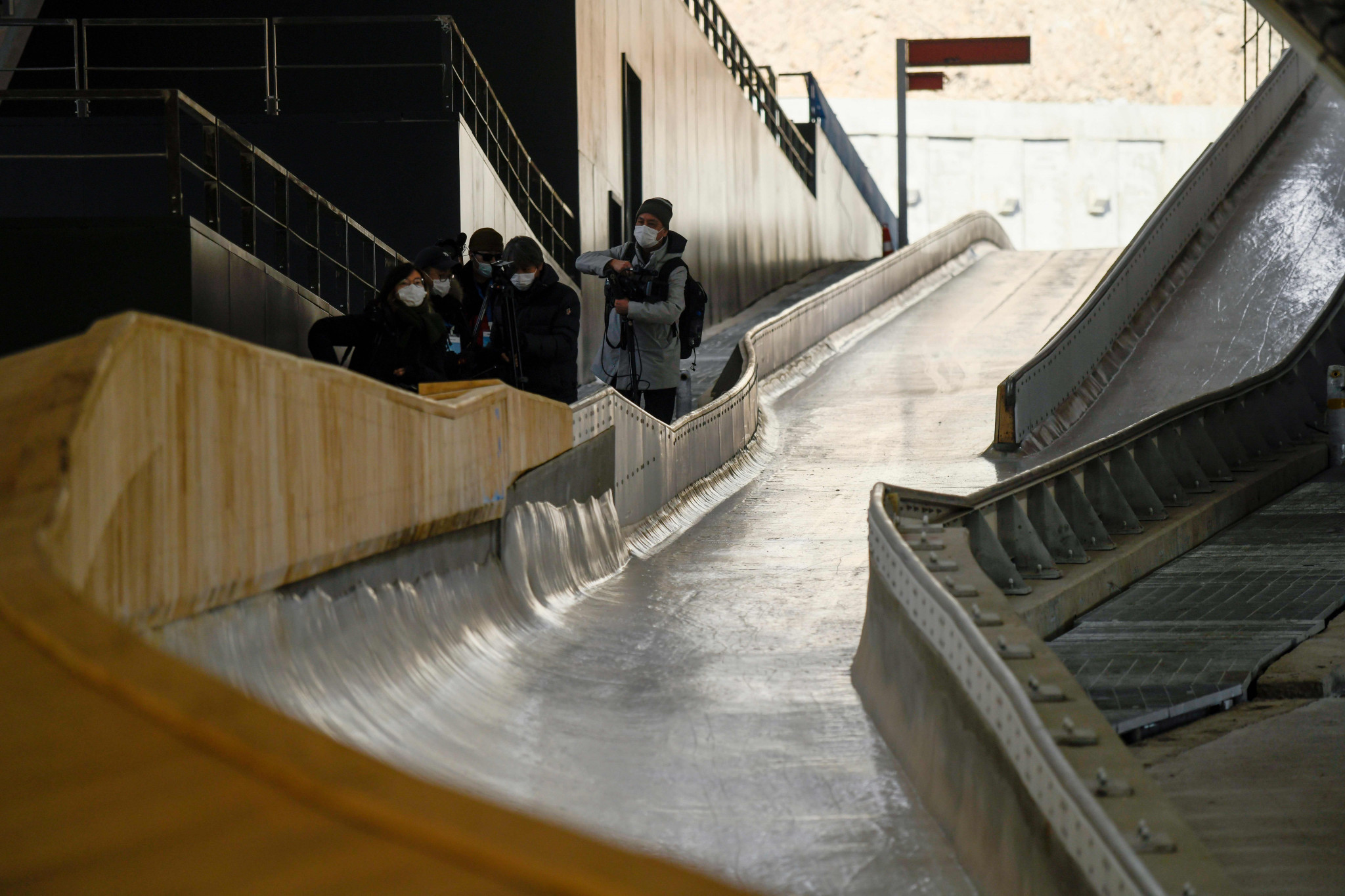 Luge athletes are set to begin training weeks in Yanqing as part of their preparations for the Beijing 2022 Winter Olympics.

International teams featuring almost 250 people have arrived at the Yanqing National Sliding Center, after travelling on a chartered flight from Frankfurt in Germany to Beijing.

Following the training weeks, the opening Luge World Cup of the season, doubling up as a test event, is scheduled to take place at the course from November 19 to 21.

All individuals travelling from Frankfurt produced a negative coronavirus test before departing, although on arrival in China an asymptomatic case was identified.

This meant that scheduled training on Friday (November 5) and yesterday was cancelled, although training is set to begin this week.

Luge competition at Beijing 2022 is scheduled to take place at the Yanqing National Sliding Center from February 5 to 10.

Germany dominated the luge competition at the 2018 Winter Olympics in Pyeongchang, winning gold in the women’s singles through Natalie Geisenberger, in the doubles courtesy of Tobias Wendl and Tobias Arlt, and in the team relay with Geisenberger, Wendl, Arlt and Johannes Ludwig.