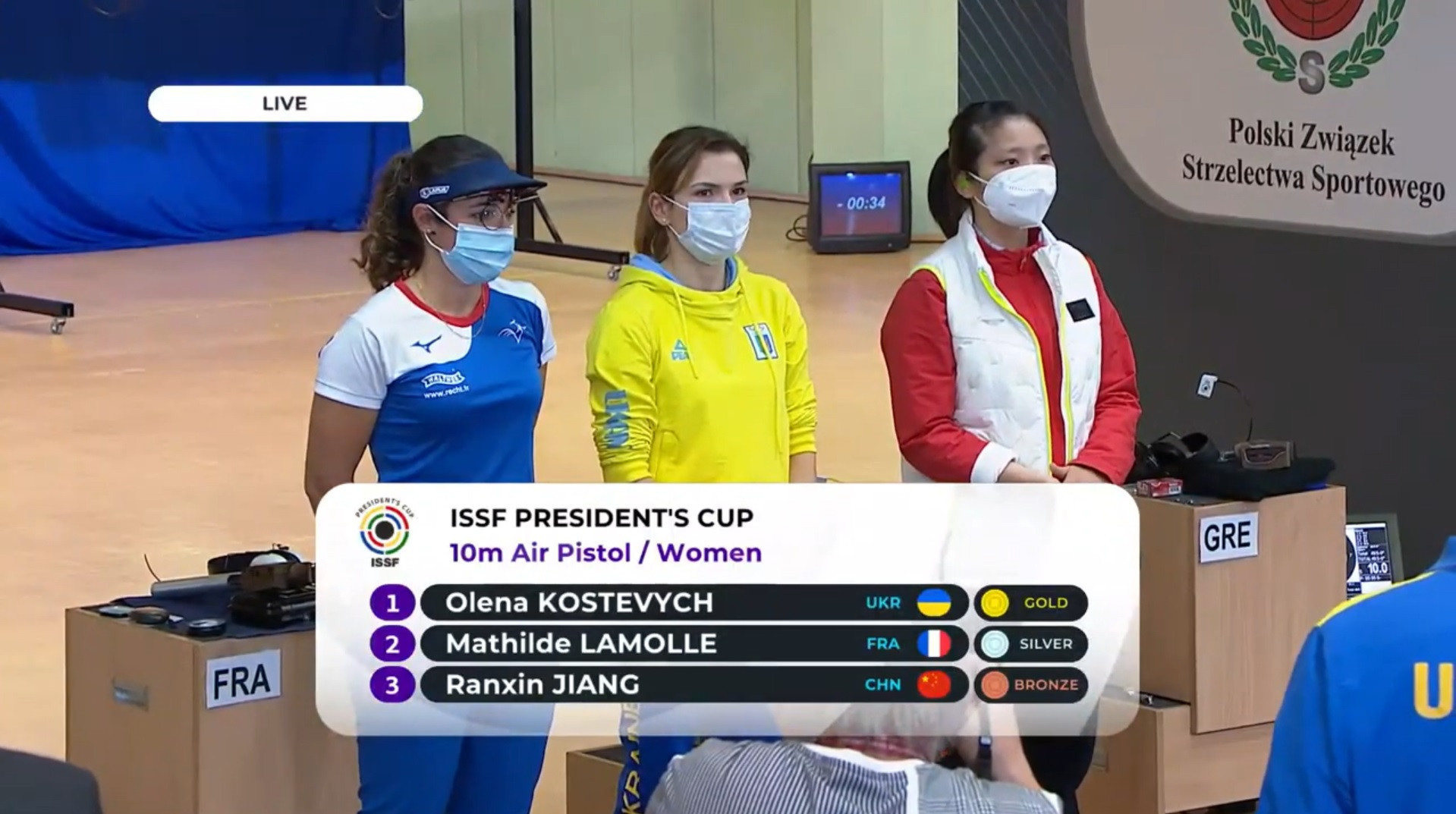 There were 12 years between the two players, but 24-year-old Lamolle pushed her more experienced opponent all the way in the Polish city.

Reitz came out on top with 34 points as Indian duo Chaudhary Saurabh and Abhishek Verma had to settle for podium places with 24 and 21 points respectively.

Teenager Muller, who finished fifth in the event at this year’s Tokyo 2020 Olympics, underlined her burgeoning talent with an impressive victory.

The 18-year-old stamped her authority on the competition before seeing off Romania’s Laura-Georgeta Ilie to secure top spot with 33 points.

Ilie, a two-time gold medallist at the European Championships and reigning European Games champion, was clear in second on 26 points.

Mary Carolynn Tucker of the United States topped Muller in the semi-finals but fell short to the Frenchwoman in the final, finishing third with 18 points.

Italy’s Sofia Ceccarello also impressed in the semi-finals, getting the better of Ilie but failed to back that performance up with a medal in the final.

There was just one point between Jány and China’s Sheng Lihao in the men’s 10m air rifle final, with the Slovak shooter doing just enough to beat the Olympic silver medallist.

After an intense 15 rounds, Jány emerged victorious with 29 points as Sheng finished agonisingly short on 28 points.