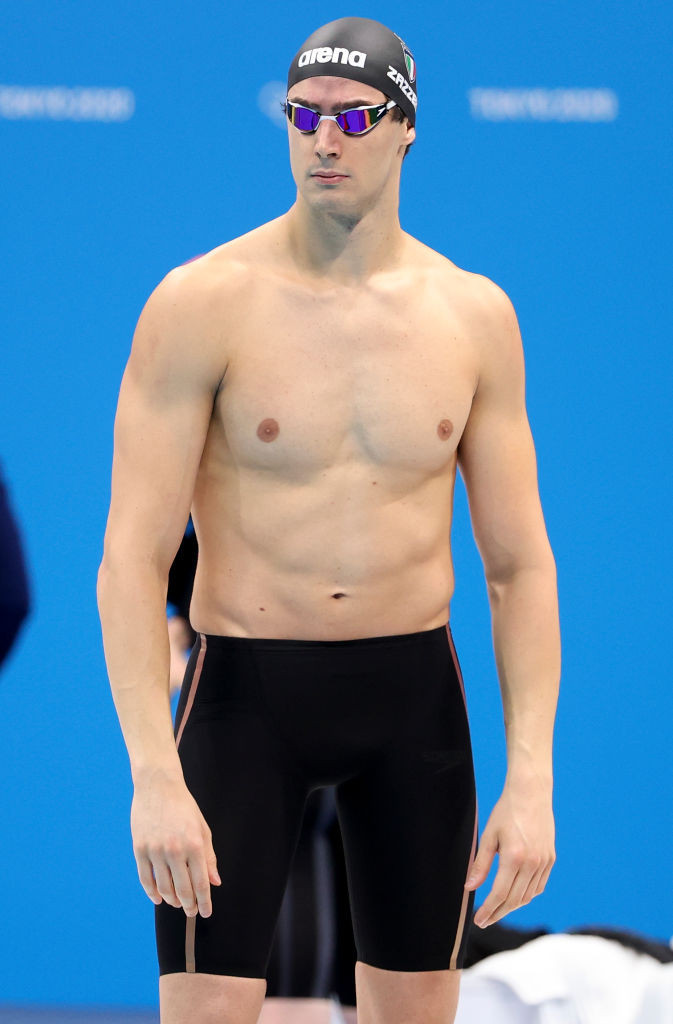 Italy set the European Short Course Swimming Championships alight by breaking the world record on their way to claiming gold in the men's 4x50 metres medley relay in Kazan.

The quartet of Michele Lamberti, Nicolo Martinenghi, Marco Orsi and Lorenzo Zazzeri knocked 0.3sec off the previous mark after finishing in 1min 30.14sec.

"I’m very satisfied, it is true we were joking this morning about breaking the world record," said Martinenghi.

"We knew we could do it.

"We were really smart on how we prepared our tactics for this race.

"All the splits are just incredible, the record was a dream of ours."

Russia, led by double Olympic medallist Kliment Kolesnikov, took European silver in 1:30.79, while the bronze medals went to The Netherlands in 1:32.16.

Kolesnikov had earlier come within 0.25 of breaking the world record in the 50m backstroke as he claimed victory in a national record 22.47.

The 21-year-old Russian appears to have the quickest time ever recorded - 22.22 set by Frenchman Florent Manaudou - in his sights.

Kolesnikov touched the wall ahead of Lamberti, who clocked 22.65, while Romania's Robert-Andre Glinta clinched bronze in 22.74.

Sweden's Sarah Sjöström, who endured a disappointing outing at the Tokyo 2020 Olympic Games, stormed to gold in the women's 50m freestyle.

Katarzyna Wasick of Poland was 0.37 adrift in silver medal position and Maria Kameneva of Russia did enough for gold having touched in 23.72.