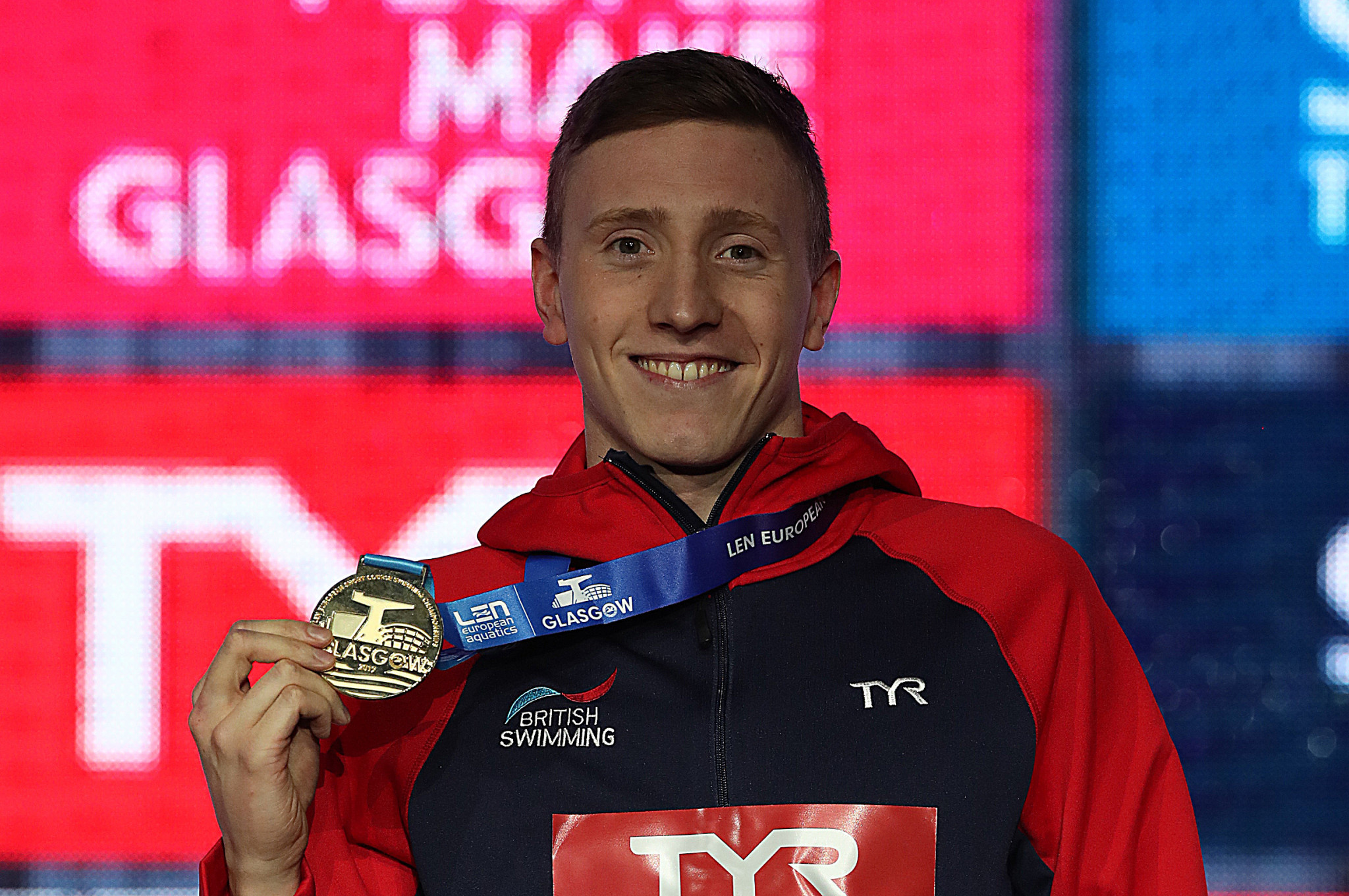 The home favourite came home in a time of 4min 1.36sec at the Tollcross International Swimming Centre, which saw him top the podium on the second day of the Championships.

His compatriot Daniil Pasynkov rounded off the podium places in 4:04.98.

There was further success for Lithuania's Danas Rapšys, who set a Championship record to win the men's 400m freestyle yesterday.

Britain's Duncan Scott was narrowly adrift of the winner, taking the silver medal in 1:41.42.

A time of 1:41.52 was enough for Russia's Mikhail Vekovishchev to round out the podium.

Toussaint triumphed in the women's 50m backstroke final, as the 25-year-old improved on her silver medal from two years ago.

Italy's Simona Quadarella was crowned winner of the women's 800m freestyle, an event she finished as the silver medallist in long course at this year's World Aquatics Championships.

Vekovishchev won his second medal of the day by securing silver in 49.53, with Poland's Marcin Cieslak in bronze with 49.75.

There was a French one-two in the women's 50m butterfly, with Melania Henique taking gold in a Championship record 24.56, followed by team mate Beryl Gastaldello in 24.78.