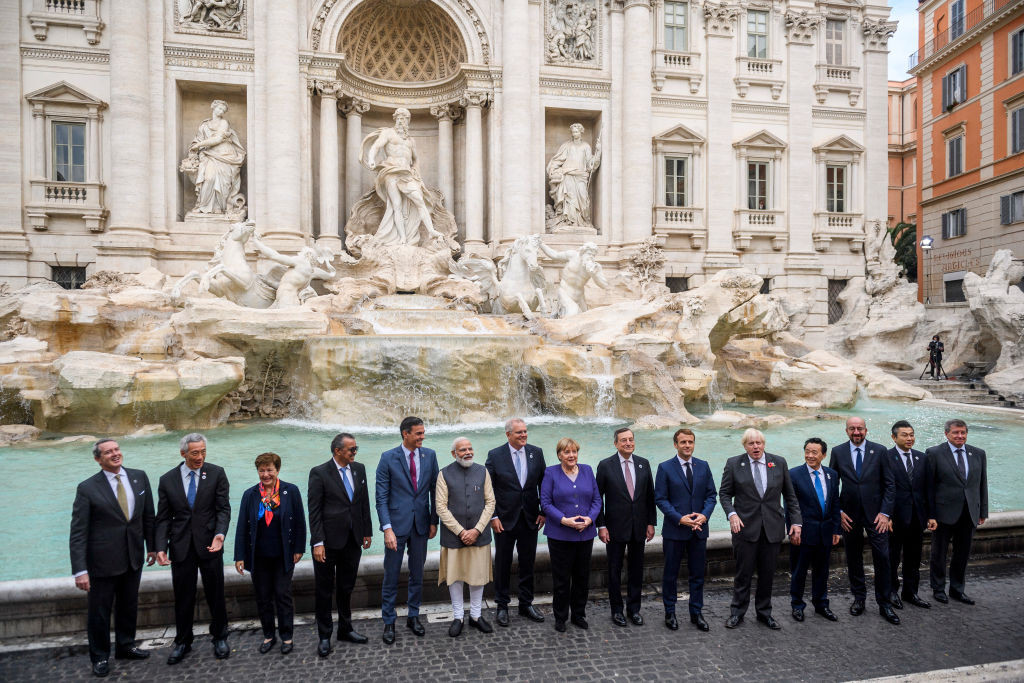 Members of the G20 have agreed on the wording of their communique on the 2022 Winter Olympic and Paralympic Games following objections from the United States and Canada to a request from Beijing.

According to Politico, China wanted to include a reference to Beijing 2022 "as a symbol of humanity’s resilience and global unity in overcoming COVID-19".

The phrase was absent from the document, issued following the conclusion of the G20 Summit in Rome today.

Politico reported the US and Canada protested against it featuring in the communique following the meeting of the G20, which features 19 countries and the European Union, comprising the majority of the world’s largest economies.

"We look ahead to Beijing Winter Olympics and Paralympics 2022, as opportunities for competition for athletes from around the world, which serves as a symbol of humanity’s resilience," the G20 said on Beijing 2022 with fewer than 100 days until the Opening Ceremony on February 4.

The G20 had been urged to agree a diplomatic boycott of the Winter Olympics and Paralympics in the Chinese capital by human rights groups.

A diplomatic boycott would lead to representatives of National Governments being absent from Beijing 2022, while allowing athletes to participate in the Games.

The US is set to refuse to send Government officials to the Games.

Criticism over China's human rights record, an alleged "genocide" of Uyghur Muslims in Xinjiang and its treatment of Tibet and Hong Kong have dominated the build-up to Beijing 2022.

The coalition of global campaign groups warned the G20 members that the attendance of world leaders and diplomats at the Beijing 2022 Winter Olympic Games "will put Governments at serious risk of being complicit in China’s plan to ‘sport wash’ their human rights abuses and embolden the actions of the Chinese authorities".

Beijing has denied the allegations, claiming the camps are training centres designed to stamp out Islamist extremism and separatism.

The International Olympic Committee (IOC) has refused to reference Uyghur Muslims by name, even when asked direct questions, and IOC President Thomas Bach previously said the organisation is not a "super world Government".

The US and United Kingdom were among the nations to conduct a political boycott of the Sochi 2014 Paralympics after Russia's entry into Crimea prior to the Games.

The US, the European Union, Canada and United Kingdom have each sanctioned China this year regarding alleged abuses of human rights in Xinjiang, leading to China issuing similar sanctions in response.

Two G20 members were certain to oppose a diplomatic boycott - China, the host nation, and Russia.