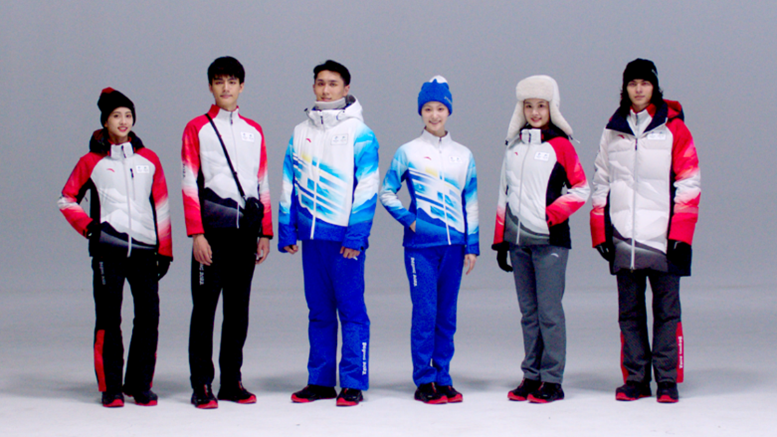 The uniforms that staff, technical officials and volunteers at the Beijing 2022 Winter Olympic and Paralympic Games will wear have been unveiled as part of events to mark 100 days until the start of the Games.

The winning designs were selected from 600 entries, which went through eight rounds of testing.

The uniforms feature clothing, shoes and accessories, with graphics including the shapes of the mountains and the Great Wall, situated in the competition venues in Beijing and Zhangjiakou.

Speaking about the uniform design process director general of the human resources department at Beijing 2022 said: "We studied the principles of the International Olympic Committee and drew inspiration from previous Winter Games.

"We designed the different categories of uniforms taking into consideration many factors, such as climatic conditions in Beijing, Yanqing, and Zhangjiakou during Games time and the needs of different positions on different occasions.

"Different pieces of clothing can be combined freely according to temperature and occasion. When designing, we also took into consideration functionality, nationality, and artistry."

He Yang, from the Beijing Institute of Fashion Technology, the designer of the final plan, also helped to design uniform during the Beijing 2008 Summer Olympic Games.

"Uniform design must first convey the characteristics of the culture of the host country," said Yang.

"It must be different from uniforms of previous Games. Second, we must consider fashion and function. How should visual elements be incorporated into the uniforms?

"Will everyone look good in the uniforms? Uniforms should be unique and eye-catching, so people who wear them will stand out in any backdrop."

The uniforms feature the emblems of both the Beijing 2022 Winter Olympic and Paralympic Games, meaning they can be used across both Games.

The Beijing 2022 Winter Olympics are due to take place from February 4 to 20, with the Winter Paralympics scheduled to follow from March 4 to 13.