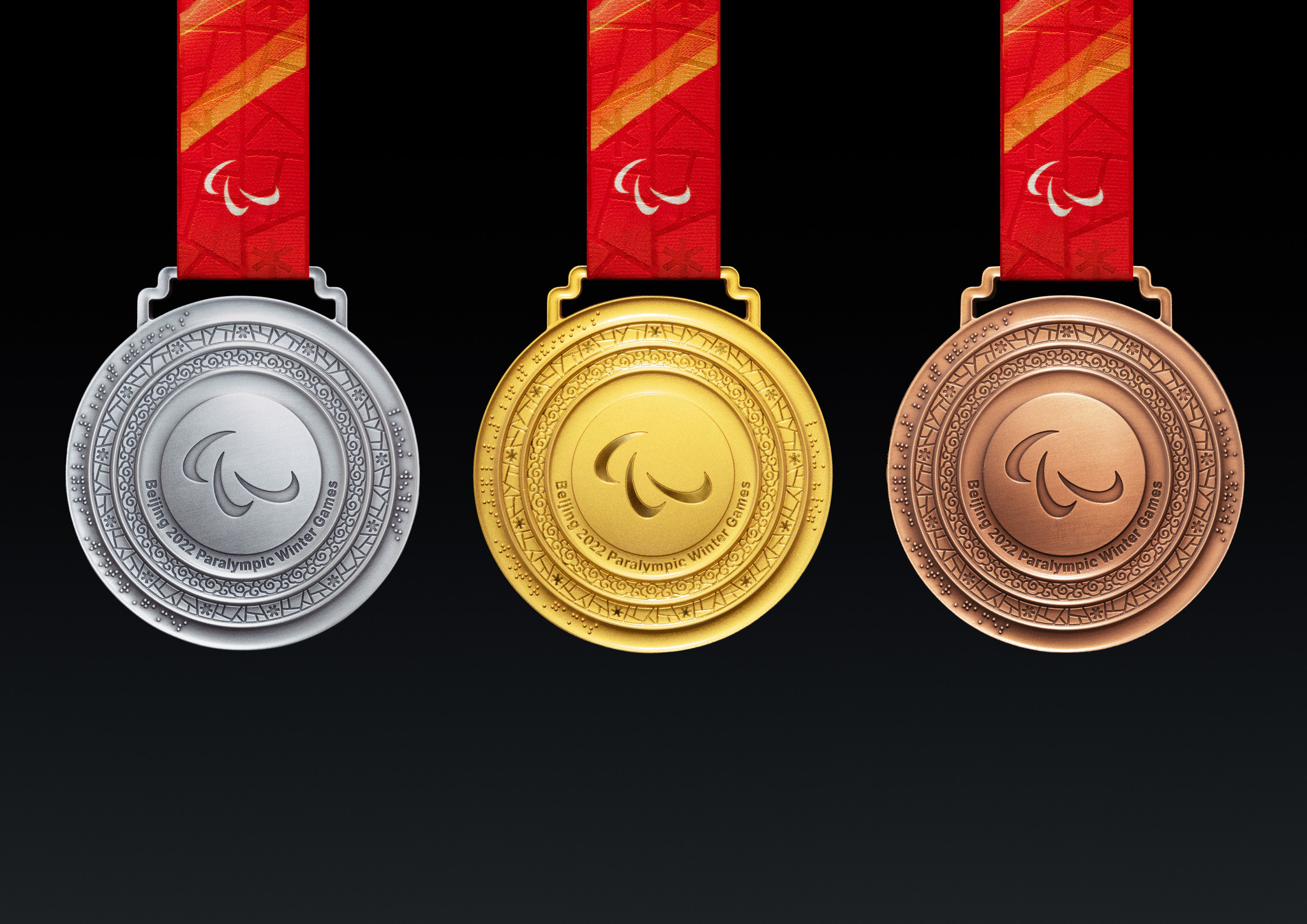 The medals are described as "Tong Xin", meaning "Together as one."

The design is inspired by the jade pendants of ancient China which featured concentric circles.

Organisers say the five circles in the design of the medals embody the "unity of heaven and earth and the unity of people’s hearts."

They claim the design symbolises the Olympic Spirit that brings people from all over the world "to participate in and share in the splendour of the Winter Games."

They are deliberately reminiscent of the medals presented at the Beijing 2008 Olympics to reflect the significance of Beijing being the first city to host the Summer and Winter Olympics.

Chief designer Hang Hai was also part of the team that produced the medals in 2008.

"When athletes hold the medals in their hands, they will first touch the details of Chinese culture," said Hang.

"Then, if they look closely, they will see the cloud and snowflake patterns on the obverse side, and the celestial ones on the reverse side.

"The medal carries on the concept of jade from the 2008 Games, which underlines Beijing as the first city to host both Summer and Winter Olympics.

"At the same time, concentric circles have an air of togetherness, which signifies people around the world gathering to enjoy the happiness brought about by the Olympic Games with understanding between each other."

The rings also symbolize the Olympic Rings, carved in the inner circle.

The surrounding grooved rings are engraved with the legend, "XXIV Olympic Winter Games Beijing 2022," and cloud and snowflake patterns.

The celestial map is meant to encourage the competitors to strive for excellence so that they "shine like stars" at the Games, which begin on February 4 next year.

"The medal design is an ode to the Olympic spirit," Beijing 2022 culture and ceremonies vice president Gao Tian said.

"Beijing is voicing its readiness to welcome the world's best winter sports athletes to reach for the stars at the Olympic Winter Games."

The design is similar to the Olympic medals, but with the Paralympic logo in the centre and "Beijing 2022 Paralympic Winter Games" engraved below.

The words "gold", "silver" or "bronze" are also inscribed in braille on the respective medals.

The medals will be attached to a silk ribbon, woven with snowflake patterns.

The ribbon is red, a lucky colour in China, to reflect the Chinese new year.

The Winter Olympics open on February 4, the fourth day of the new year festival when the Olympic Flame will be lit in the Bird’s Nest Stadium.

The Flame, kindled a week ago in Greece, was also displayed in a lantern at the ceremony.