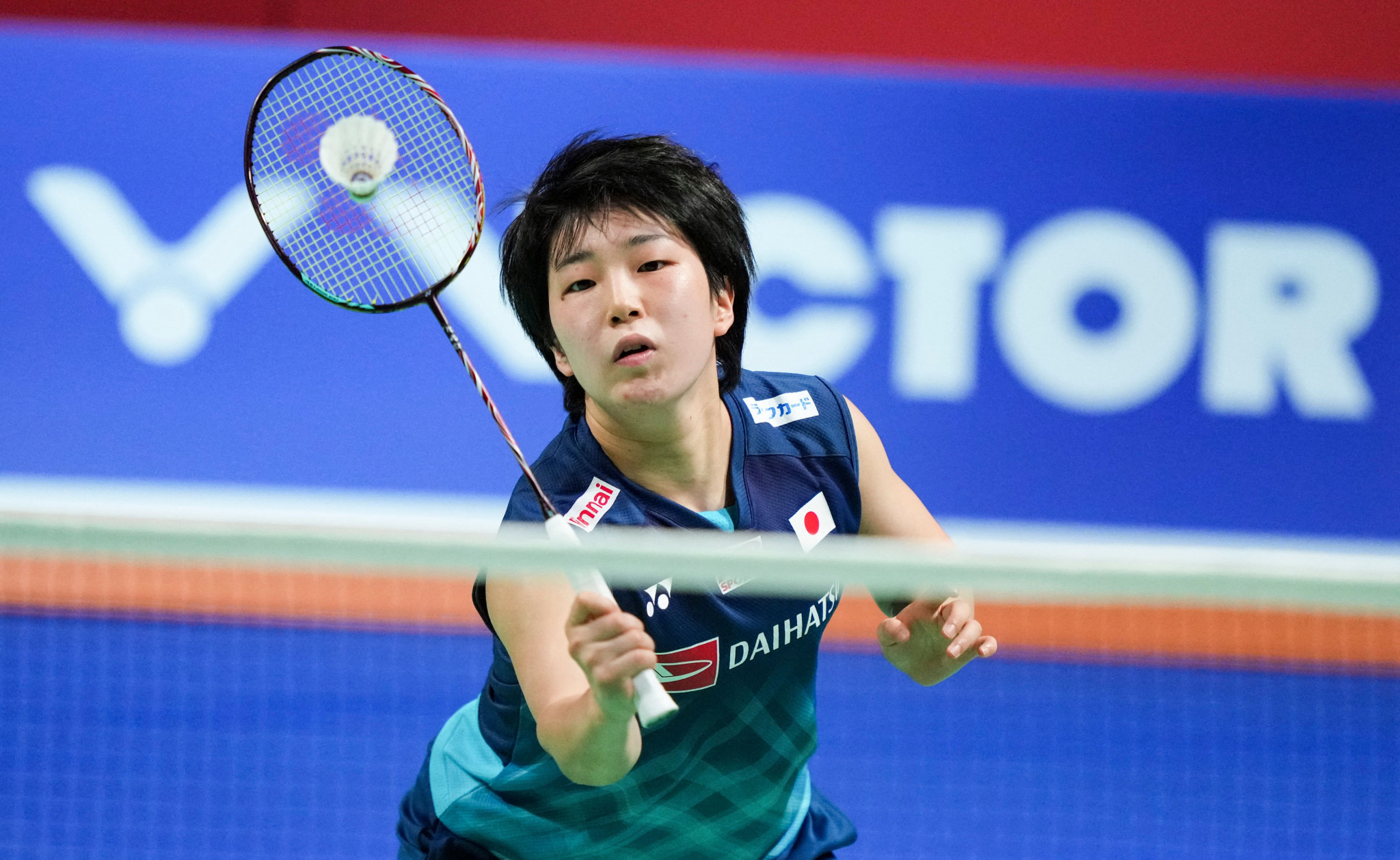 Akane Yamaguchi battled back from a game down to beat Line Kjærsfeldt in the first round of the women’s singles at the Badminton World Federation (BWF) World Tour's Denmark Open.

Yamaguchi had appeared on course to win the opening game of the contest against her Danish opponent after leading 16-14, but Kjærsfeldt won four consecutive points to shift the momentum.

The home favourite eventually clinched the opening game 23-21 to threaten an upset, before taking a three-point lead in the second.

Yamaguchi rallied impressively from 16-14 down, with the Japanese star winning seven consecutive points to take the game 21-16 and force a decider at the Odense Sports Park.

Yamaguchi is the top seeded player at the BWF Super 1000 tournament after the withdrawal of China’s Chen Yufei.

She will face Gregoria Mariska Tunjung in the second round, after Indonesian player recorded a 21-9, 21-12 win over Denmark’s Julie Jakobsen.

Sixth seed He Bingjiao of China was also among the winners in the women’s singles draw.

Olympic champion Viktor Axelsen was the star attraction in the men’s singles draw, with the Dane advancing to the second round.

His reward will be a meeting with Lakshya Sen, who won an all-Indian first round match 21-9, 21-7 against Sourabh Verma.

Jonaton Christie also advanced to the second round, just days after playing a key role in Indonesia’s first Thomas Cup triumph since 2002.

He will now face Japan’s Kanta Tsuneyama, with the winner of the contest potentially meeting top seed Kento Momota of Japan in the quarter-finals.