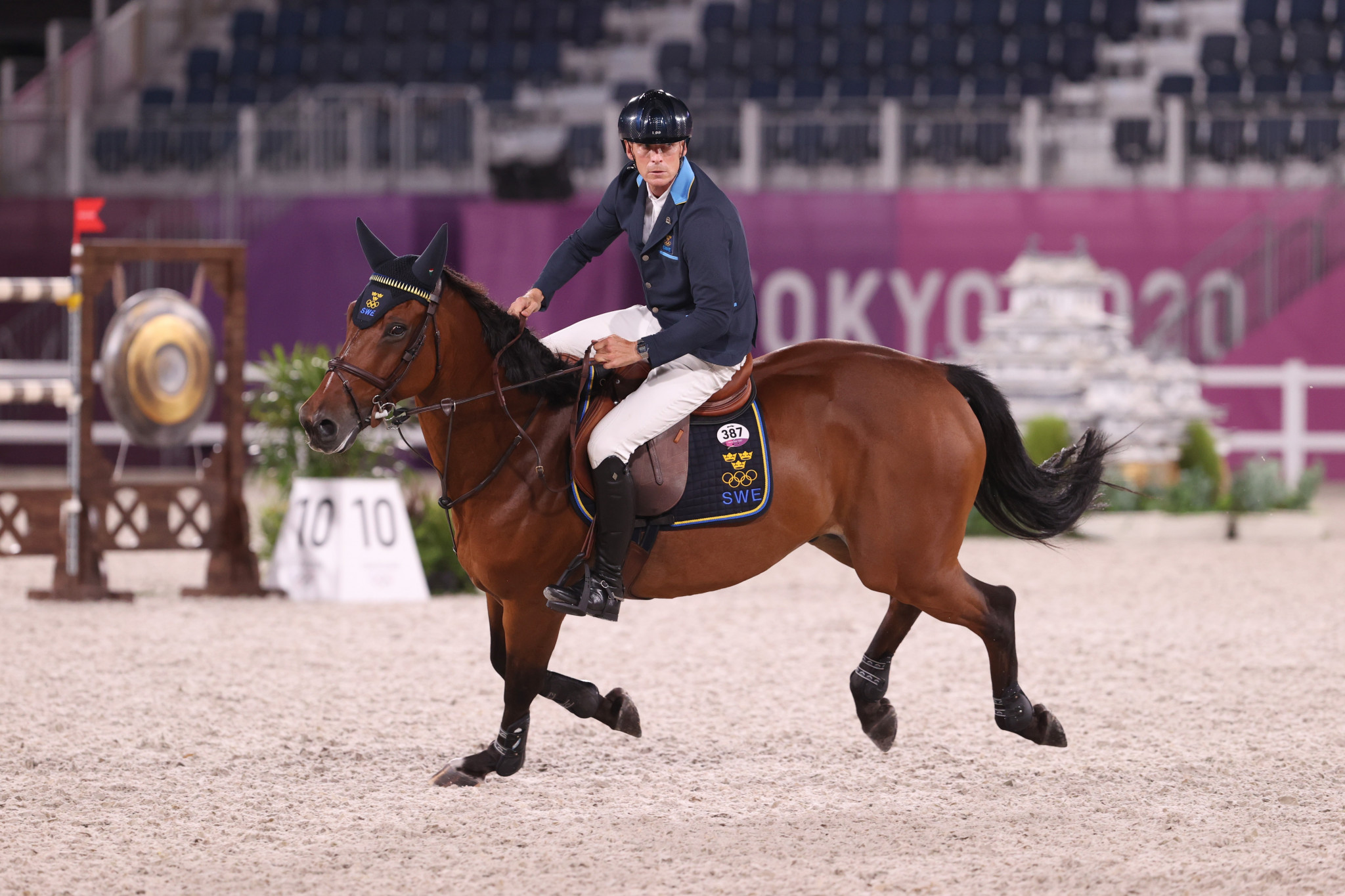 Sweden’s Peder Fredricson and Britain’s Ben Maher are set to battle it out for the Global Champions Tour (GCT) title as the season comes to a close in Šamorín in Slovakia.

The fight for the crown is on a knife edge with Olympic champion Maher bidding to usurp Fredricson in the final event of the close-fought campaign.

There was a dramatic shake-up last week as Fredricson only had to finish sixth place or higher in Šamorín to win the 2021 title.

But a costly mistake put Fredricson in eighth position and meant the battle will be decided at the final leg - at the same venue.

Maher, who captured gold at the Tokyo 2020 Olympics, could make history by becoming the first person to ever win three GCT trophies as he arrives on board Explosion W.

But Fredricson will hope to finish the job as he enters the competition with H&M All In and Catch Me Not S.

Fredricson is in a strong position heading into the season finale as he leads with 249 points ahead of Maher who sits on 228.

Should Fredricson finished 10th or higher he will secure the top prize, while Maher will need to win the leg and hope his Swedish rival comes 11th or lower to grab a third successive title.

France’s Olivier Robert and Edwina Tops-Alexander of Australia are fighting it out for the other spot on the podium as they sit on 232 and 223 points respectively.

The Global Champions League winner is also due to be crowned this weekend with Valkenswaard United looking to seal the title.

Valkenswaard have an 11-point lead at the top after notching 288 while Shanghai Swans are second on 277.

Paris Panthers are third on 265 and can only win the event if Valkenswaard finish last and the Swans are fifth or worse.

Valkenswaard, featuring Fredricson, Tops-Alexander and Germany’s Marcus Ehning, will secure the crown if they finish in the top three.

Action is due to start tomorrow before competition concludes on Saturday (October 23).