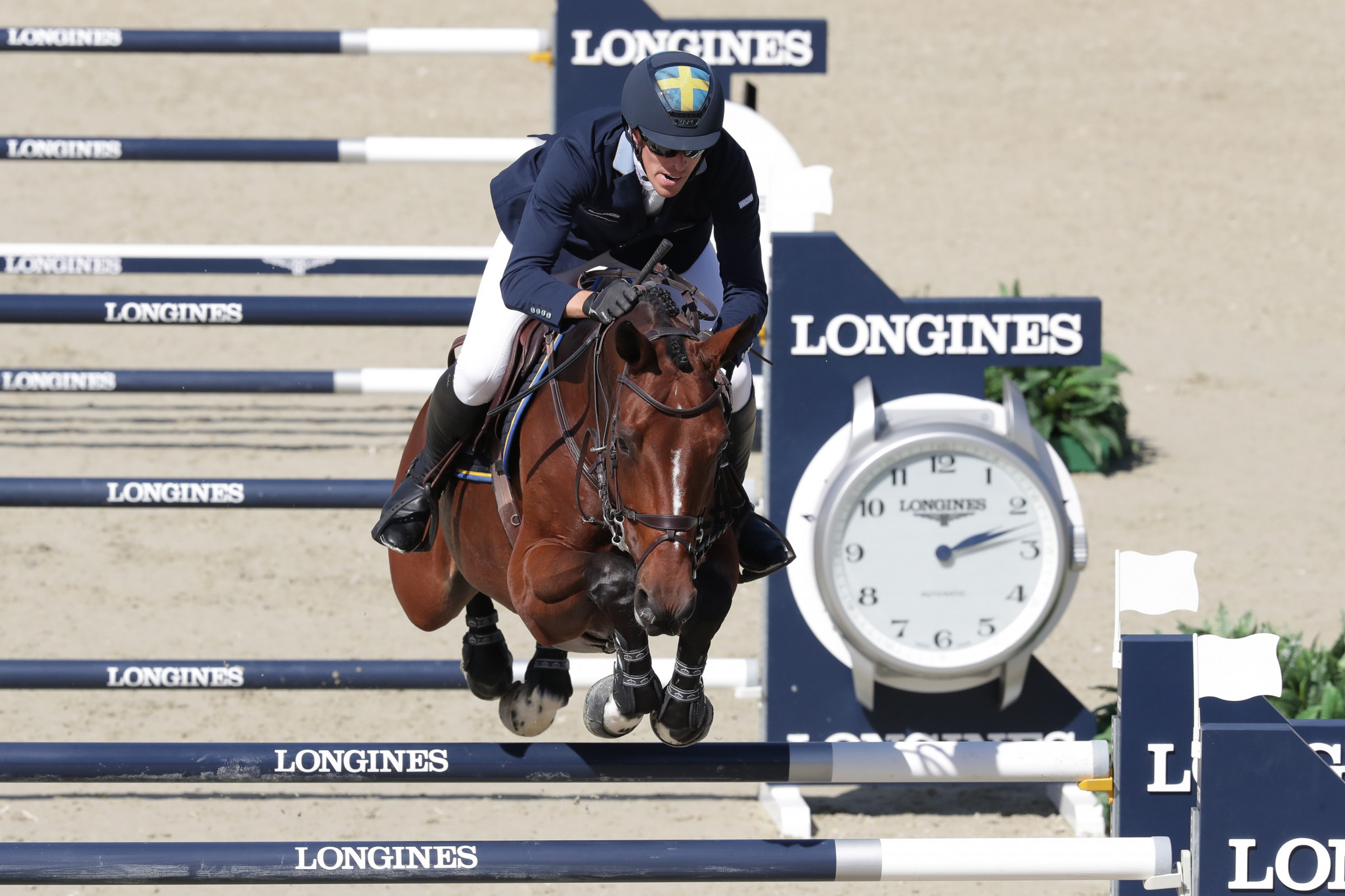 Swedish Olympic gold medallist Henrik von Eckermann won the last event of the weekend in the Global Champions Tour (GCT) in the Slovakian town of Šamorín.

Von Eckermann, riding Glamour Girl, clocked 35.48sec in the 1.50 metres Concours de Saut International five-star table A against the clock with jump-off event at the expansive indoor arena at X-Bionic Sphere, earning him €23,750 (£20,000/$27,500) in prize money.

"It was a great feeling, today we really got it done after an unlucky pole in yesterday’s Grand Prix," von Eckermann said.

"I am delighted with her, every show she does something great and really is incredible."

Frenchman Olivier Robert has won multiple GCT Grand Prix this season, but had to settle for second in this event as he finished with 36.25 on Velvote Des Aubiers.

Qatar's Bassem Mohammed and Sirocco rounded off the podium with 37.24, pipping to third place Koen Vereecke with Lector v. Bisschop by 0.12.

A group of 13 riders produced clear rounds to progress to the jump-off, in which eight of them avoided poples.

Germany's Christian Ahlmann and Solid Gold Z recorded a time 36.95, but missed out on prize money after bringing down the penultimate fence.

Poles for a further four riders including Belgium's Daniel Deusser with Jasmien v. Bisschop and France's Roger Yves Bost on Ballerine du Vilpion kept them out of the top prize money.

This event drew the first weekend of the GCT in Šamorín to a close.

The town is set to host a second week of action from Thursday (October 21) to Saturday (October 23), which will draw the GCT season to a close, before the Global Champions Playoffs is scheduled to take place in the Czech Republic capital Prague from November 18 to 21.