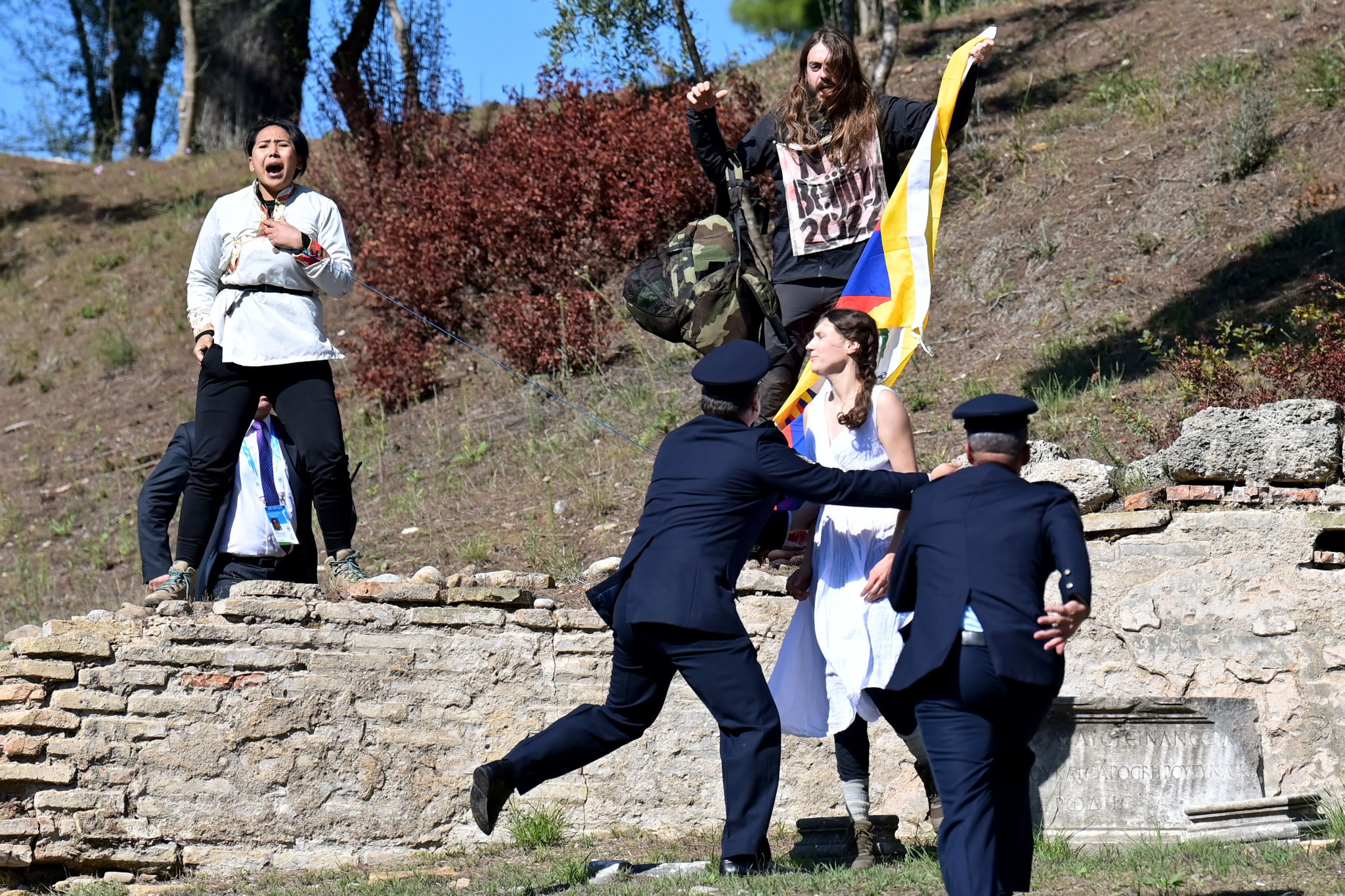 The three protesters who waved Tibetan flags and a banner as the Beijing 2022 Olympic Flame was being kindled in Ancient Olympia have been detained overnight and are to appear before a court insidethegames understands.

Tibetan-Canadian Chemi Lhama, American Fern MacDougal and Jason Leith from the London-based Free Tibet campaign were all detained by Greek police after infiltrating the ancient site where the Lighting Ceremony was taking place this afternoon.

Free Tibet chief executive Sam Walton visited the detained activists who are set to appear at a hearing in Pyrgos, some 18 kilometres from Ancient Olympia.

"They’re all in great spirits and glad to hear that their brave action is shining a light on the International Olympic Committee (IOC)’s hypocrisy," Walton said.

"The IOC cannot with one breath say that the Olympics is all about solidarity, and with the next ignore the plight of millions of people who are being oppressed by the Chinese regime."

The protests by the trio were heard on the television broadcast before police moved in.

Chinese News Agency reports did not mention the disturbance.

The Lighting Ceremony was not disrupted and the Flame was successfully ignited by High Priestess Xanthi Georgiou and received by skier Ioannis Antoniou, the first bearer in the Relay.

The Ceremony was organised under the auspices of the Hellenic Olympic Committee.

"While the HOC respects individual rights to freedom of expression, it is disappointing that this traditional cultural event has been used by a few individuals for other purposes," a statement said.

IOC President Thomas Bach had insisted at the Lighting Ceremony that only "political neutrality ensures that the Olympic Games can stand above and beyond the political differences that existed in ancient times, as well as today."

Tonight the Flame burnt in a traditional Cauldron at the top of the Acropolis. It was lit by Tokyo 2020 men’s rowing single sculls champion Stefanos Douskos of Greece.

It will be formally handed to Beijing 2022 representatives at the Handover Ceremony in the Panathenaic Stadium in Athens at noon tomorrow.