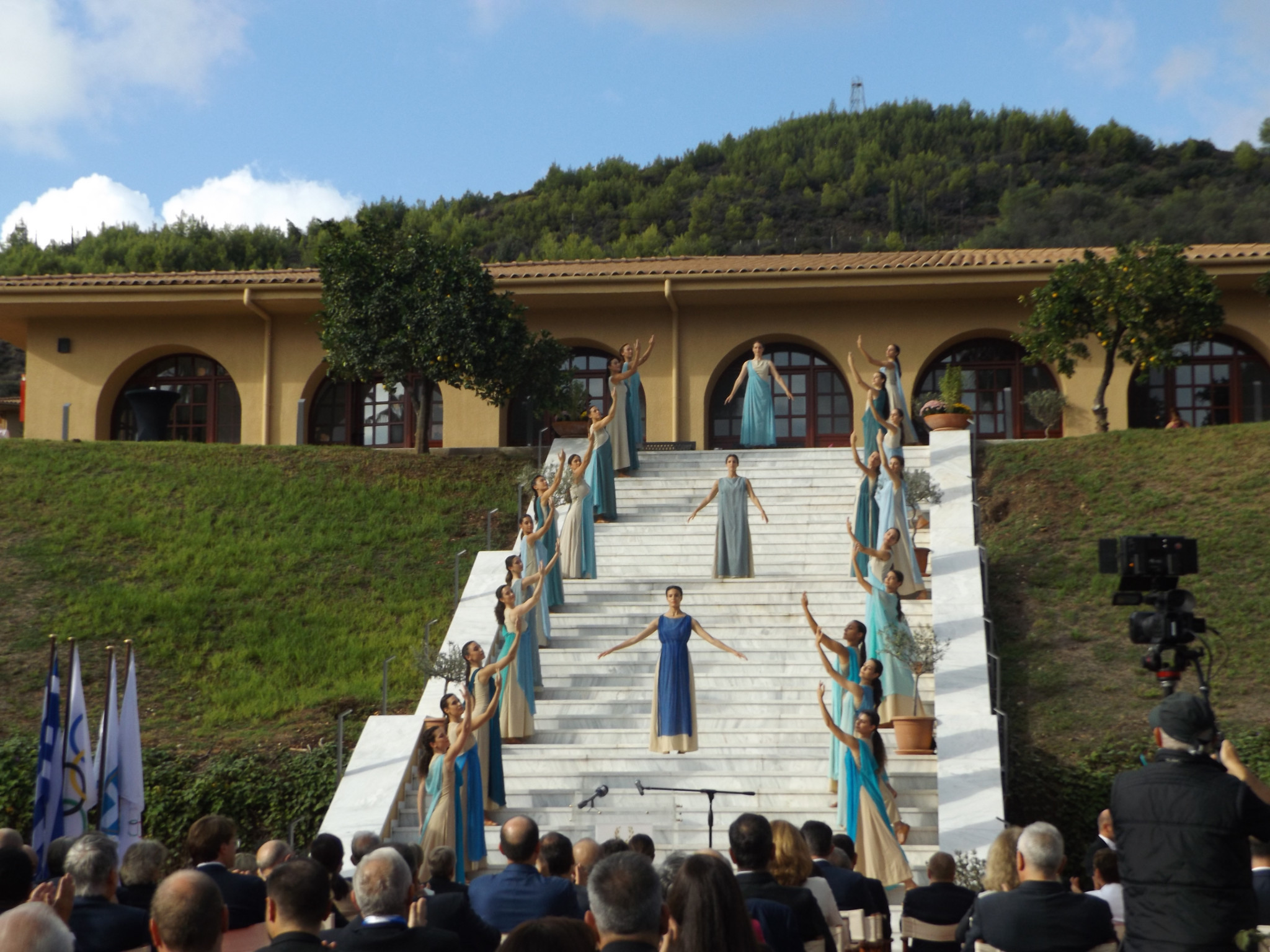 "The Academy is the bridge that connects us to our past and carries the Olympic spirit into the future," Bach said.

"Here at the renovated IOA next to the birthplace of the Olympic Games in Ancient Olympia, the Olympic values will be brought to a new generation of young people who are athletes, students, teachers or people active in sport.

"It supports the IOC to pursue our overarching mission to put sport at the service of society."

The Ceremony was attended by Greek President Katerina Sakellaropoulou who told a gathering which included IOC Executive Board members and academics from the Olympic world, that the IOA was an "international forum in the spirit of solidarity and mutual respect."

"Without this support, it would have been impossible to carry out a restoration project of this scale," HOC President Spyros Capralos admitted.

"The IOA, with its new, renewed profile, will continue its educational work unhindered, aimed at spreading Olympism."

Bach had earlier laid a wreath at the nearby monument to Baron Pierre de Coubertin who had been the driving force behind the revival of the Olympic Games.

Coubertin’s heart was interred in the marble column in 1938.

"If you listen closely, I am sure you can even hear the heart of Coubertin beating a little bit faster today," Bach said.

"Coubertin saw the Olympic Games as much more than just a sporting event.

"He wanted to make a better place through sport, this remains the mission.

"The Academy plays a central role to carry these values to the future."

Bach, who first visited the IOA when a member of the fledgling IOC Athletes’ Commission in 1982, admitted: "It still seems to me that it was only yesterday, that I was sitting on this lawn here with so many other young people from across the globe."

The trophy is traditionally awarded to groups who make a significant scholarly contribution to the Olympic Movement.

"I feel very grateful that, from the very first moment, the IOC President trusted this vision and expressed his willingness to walk with us," Kouvelos said.

The IOA had originally been the brainchild of Coubertin.

It opened 60 years ago in 1961, thanks to the efforts of German sports teacher Carl Diem and Greek IOC member Ioannis Ketseas.

In the early years, tented accommodation was used by the participants.

The first permanent buildings did not appear until the late 1960s.

The celebratory programme featured “Nymphes” by the ART Dance Theatre company on the steps of the Academy premises.

Many of the dancers will also participate as Priestesses in the Flame Lighting Ceremony for Beijing 2022 and the routine was choreographed by Artemis Ignatiou with music by Yiannis Psimadas, both also key figures in tomorrow’s event.