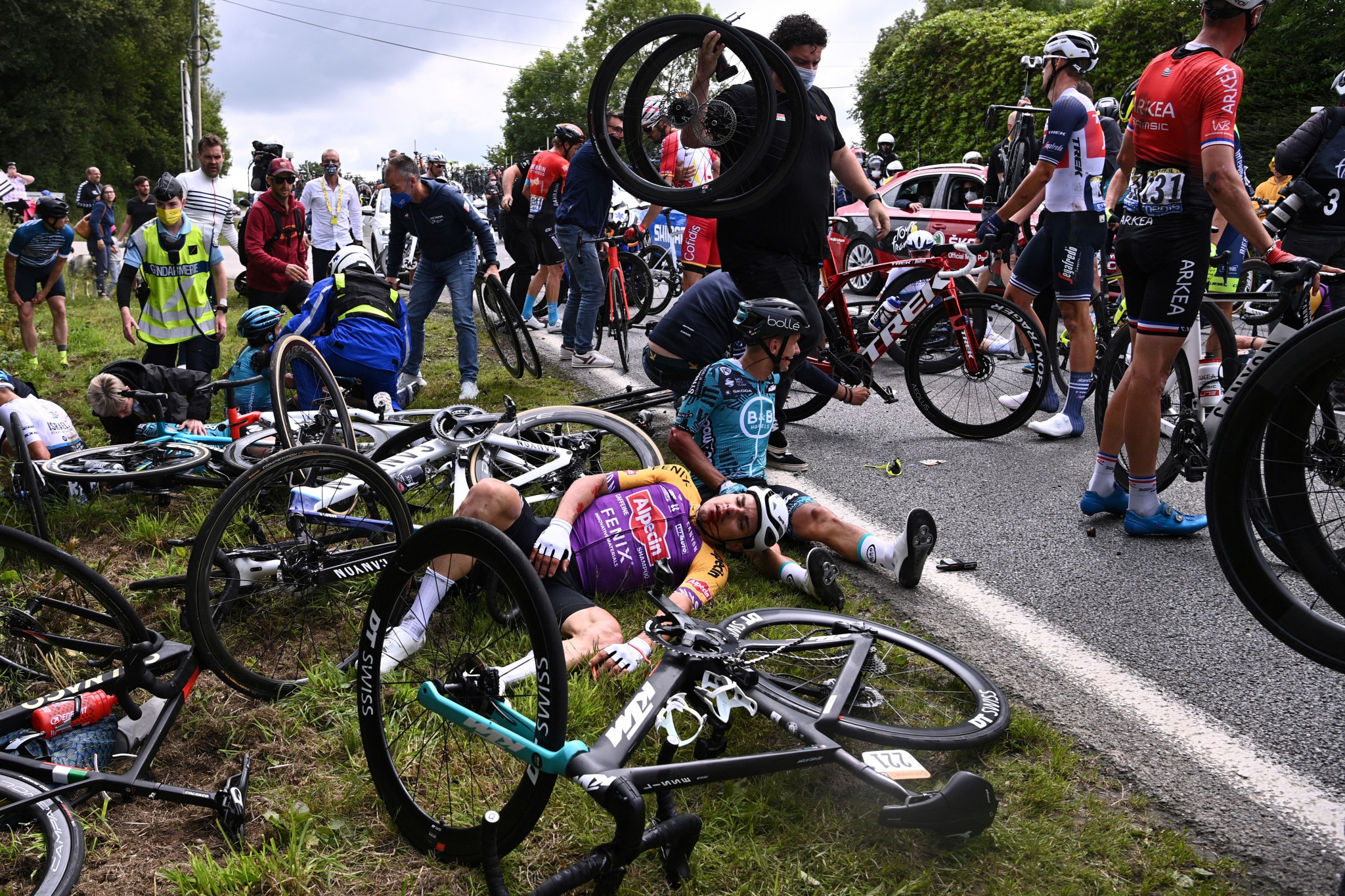 The roadside spectator who caused a huge crash during the opening stage of this year’s Tour de France is facing a four-month suspended sentence.

The 30-year-old woman stepped into the road holding a large cardboard sign with the words "Allez Opi-Omi", meaning "Go grandpa-grandma", aimed at the television cameras as she faced away from the oncoming cyclists.

At the time, Brian Cookson, the former International Cycling Union President, described it as "possibly the most stupid thing I have ever seen anyone do at a bike race".

The spectator has been charged with endangering lives and causing unintentional injuries.

According to reports, the woman said in court that she felt "ashamed" by her actions and had made a mistake.

A four-month suspended sentence has been sought by prosecutors.

A verdict is expected to be delivered on December 9.

Romuald Palao, a lawyer for the Professional Cyclists' Association (CPA), a party involved in the trial, hopes the case will raise awareness over safety risks at cycling races.

"What we want from this trial is that it helps ensure this does not happen again," said Palao.

"Cycling is dangerous enough in itself, [there is] no need for additional risks.

"People on the side of the road must act responsibly."

The CPA is looking to sue the woman for a symbolic €1 (£0.84/£1.16) to "raise awareness of the need to respect athletes in the performance of their profession".

"The damage suffered by the riders is physical, moral and economic," said CPA president Gianni Bugno.

"An athlete prepares months for a grand tour and it is not acceptable that all his hard work, that of his family, his staff and his team, should be shattered in an instant by the quest for popularity."

Julien Bradmetz, the lawyer for the spectator, has asked for a more symbolic sentence rather than a prison term or major fine, according to a report by Cycling Weekly.