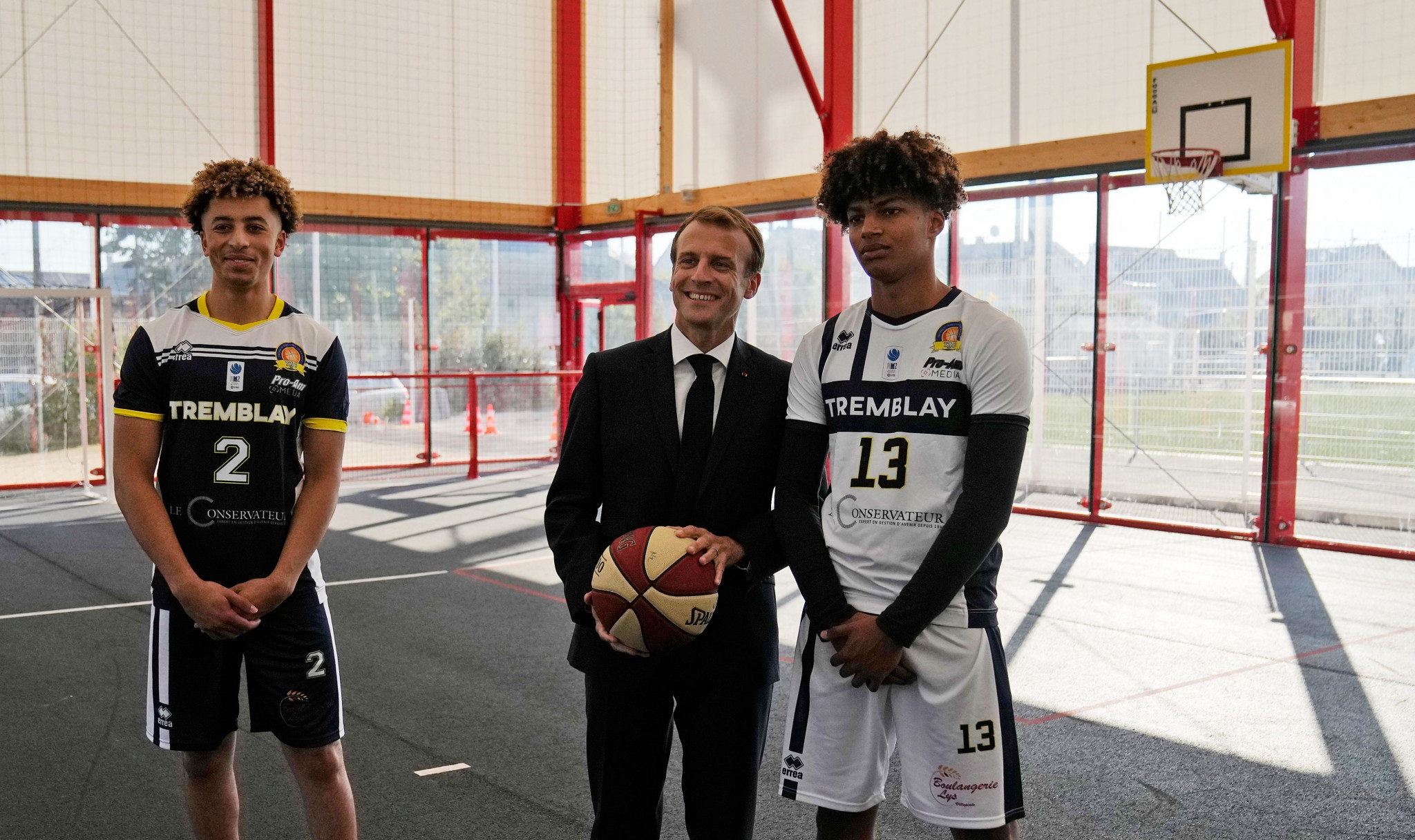 An initiative to renovate the thermal insulation of existing facilities will then receive €50 million (£42 million/$57.9 million).

The promises come as Macron campaigns for re-election, with France set to go to the polls in April.

"We will invent new ways of financing, building and using these places," said Macron, per L'Équipe.

"The state will thus be able to go so far as to finance all the works and studies.

"We will do so in partnership with all the local authorities that will be candidates.

"We will go where the needs are the most glaring, from 2022 and until 2024, being able to deploy several thousand basketball courts, in particular 3x3."

Macron promised developments to local sports infrastructure at the start of his five-year Presidential term in 2017.

The unprecedented scale of the project was then announced at a ceremony marking athletes' return from the Tokyo 2020 Olympic Games.

After the announcement, Macron visited the site of the Olympic Village in the department to inspect the progress of the project.

The 43-year-old followed this with a visit to the Organising Committee's headquarters, also in Seine-Saint-Denis, alongside Prime Minister Jean Castex and six Government Ministers.