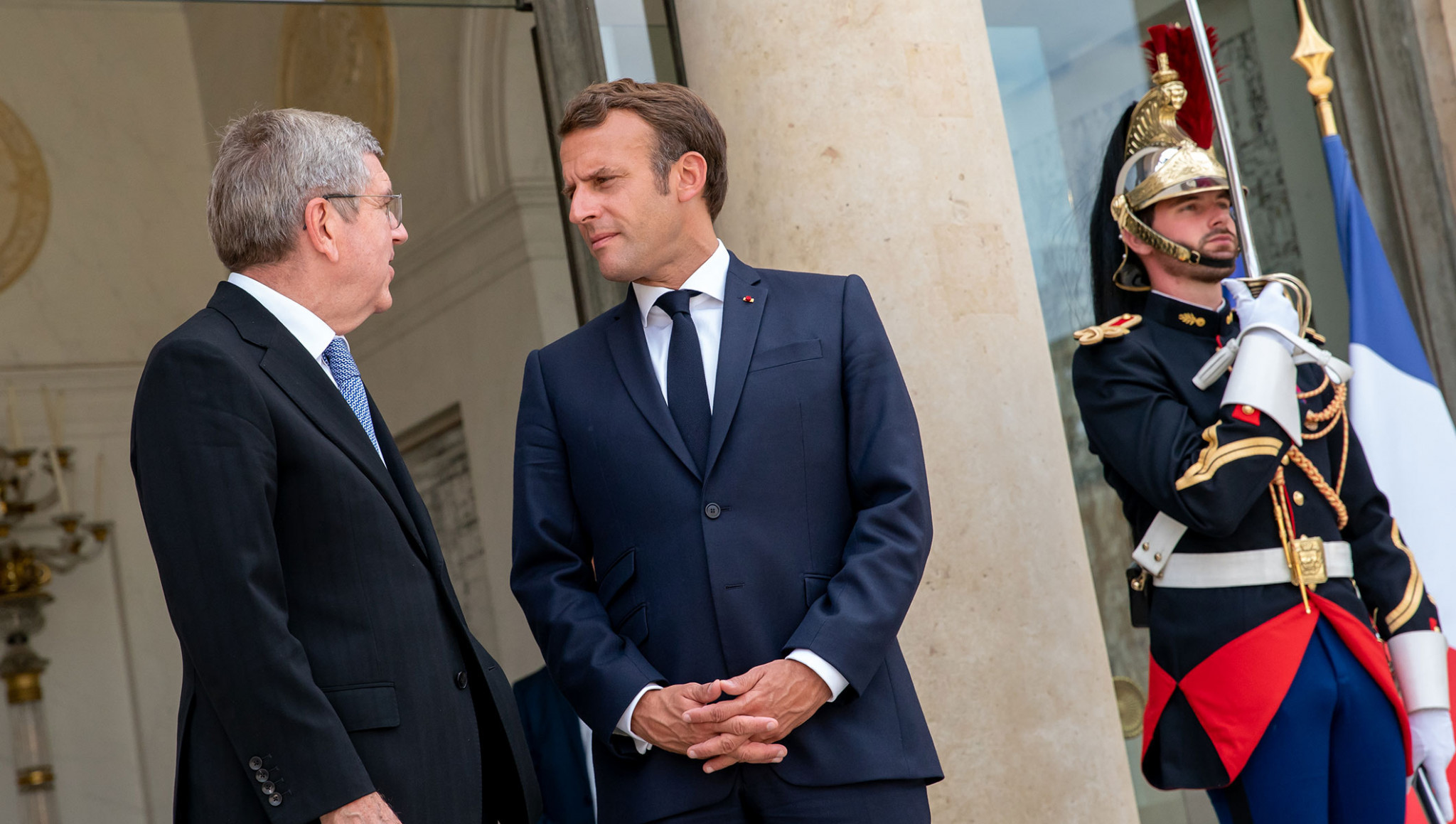 Macron and Bach also spoke about preparations for the 2024 Olympic Games in Paris and aims to ensure the event in the French capital is "climate positive".

According to the IOC, adapting the Games to the "post-coronavirus world by taking a simplified approach while respecting the planned budget and preserving the message and values conveyed by the Olympic Games" was among the other topics covered.

Paris 2024 organisers have acknowledged the COVID-19 pandemic will impact the build-up to the Olympics and Paralympics.

"President Emmanuel Macron and I spoke about the importance of sport and sporting activity during and after this unprecedented health crisis that the world continues to face," Bach said.

"Sustainability is one of the pillars of the reform programmes of the IOC, which is also a carbon neutral organisation.

"This highly positive meeting was an opportunity to share with President Macron the IOC’s initiative to explore with the Paris 2024 Organising Committee the possibility of staging climate-positive Olympic Games in 2024.

"The French President also gave his support in this respect."

Bach being welcomed to the official residence of the French President marks one of his first meetings with a world leader since the COVID-19 pandemic began.