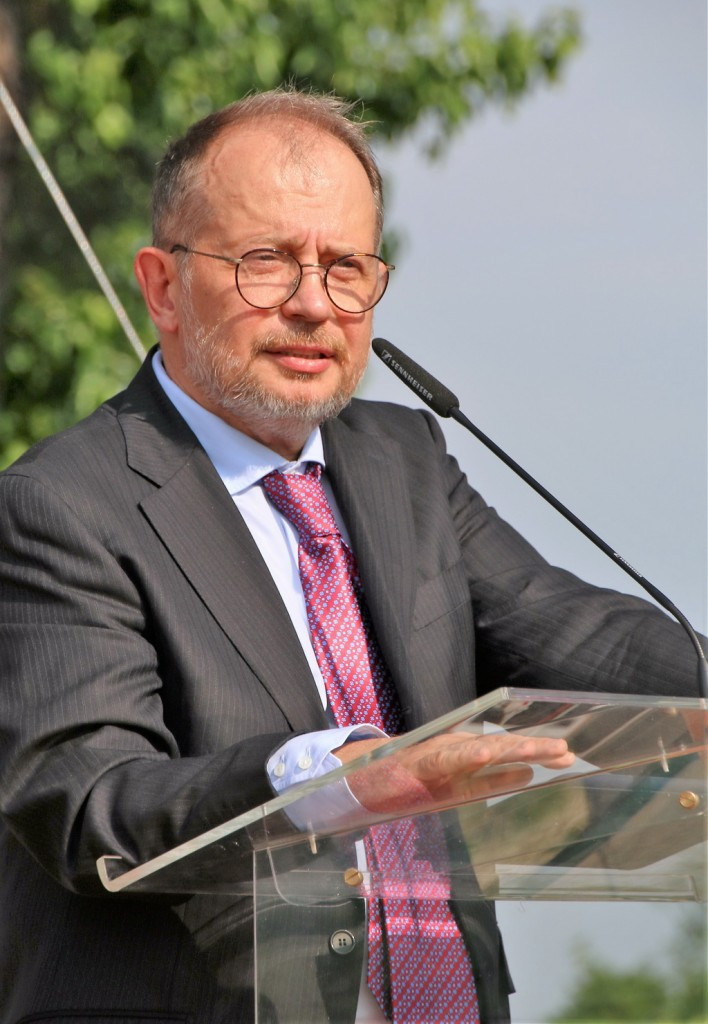 Rossi, who narrowly lost the 2018 ISSF Presidential election to Lisin following a bitter campaign, is standing against ISSF secretary general Alexander Ratner for the ESC Presidency at its General Assembly in Larnaca, scheduled for October 21 to 23.

The Italian had urged Lisin to confirm Ratner would resign from his ISSF role if elected to lead the European body, and asked the Russian to "confirm that the necessary measures will be taken in order to fully protect the integrity of the upcoming ESC elections from any perception of conflict of interest".

He also called for the vote to be held using paper ballots rather than electronically.

Lisin claimed there would be no issue with Ratner being ISSF secretary general and ESC President as the former role does not give him voting rights within the worldwide governing body and rejected Rossi's concerns over the integrity of the election.

After Rossi raised further potential problems in response to the Russian billionaire, Lisin hit out at the Italian's conduct in a strongly-worded letter, seen by insidethegames.

In the letter, Lisin claims Rossi is trying to "make up an alleged election scandal and to create the illusion of alleged violations by the leadership of the ISSF and/or the ESC regarding rights of Presidential candidates".

The ISSF President said it was "notorious that you behaved in the same way before the ISSF Presidential elections in 2018", which involved allegations from Rossi that he had received death threats before the vote and the Italian official alleging voting irregularity afterwards.

"You publicly announced to have received death threats and made serious allusions via the press where such threats could have come from," Lisin wrote.

"However, it seemed obvious from the communication that you were victim of an attempted scam asking you for payment of bitcoins.

"We understand that after losing the elections you did not pursue this matter to identify the source, which also shows that you used this scam only for your own campaign."

Lisin, the steel tycoon who is one of Russia's richest men, accused Rossi of "constant unfounded attempts to mislead the shooting family and the public" after he appealed the result of the ISSF Presidential election to the Court of Arbitration for Sport.

The Italian later withdrew what the ISSF had described as a "senseless" appeal and was ordered to pay arbitration costs and contribute to the organisation's legal expenses.

Lisin goes on to claim Rossi's push for an Extraordinary Congress to discuss changes to the shooting programme at the Tokyo 2020 Olympic Games - which had already been approved by the ISSF and rubber-stamped by the International Olympic Committee - in 2017 "had been misused by you for your political agenda".

"The Tokyo results of FITAV (Italian) athletes seem to indicate that you are possibly not too much concentrating on the activity of the FITAV President by spending energy and time to fulfil your apparent wish to finally get an administrative position in an international organisation," Lisin added.

"That is why I suggest you to stop whipping up passions and inventing non-existent problems."

Rossi had been barred from standing in the Presidential election after the ISSF Ethics Committee handed him a three-year suspension in May 2018, but his ban was cut to three months on appeal.

Lisin has also stepped down from his position as head of the Russian Shooting Union as he aims to focus solely on his role as head of the worldwide governing body.