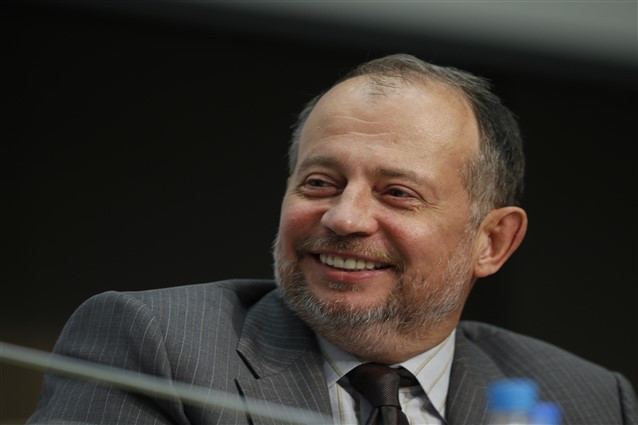 Vladimir Lisin, newly-elected President of the International Shooting Sport Federation (ISSF), is to use $10 million (£7.9 million/€8.8 million) of his own money to establish a development fund for the sport.

The success of NLMK, the steelmaker which he heads, has made the 62-year-old Russian one of the world's wealthiest men, so it is a gesture he can easily afford.

But it should make a huge difference to a body which is heavily dependent on the funding it receives from the International Olympic Committee (IOC) as a consequence of shooting's place on the Summer Olympic Games programme.

Lisin has committed to contribute an initial $10 million (£7.9 million/€8.8 million) of his "personal means" to the new fund.

Industry players are being invited to make their own contributions - "financial or material" - to the fund, which is to be run by a board of trustees.

According to the ISSF, grantees will fall into three categories: member federations requiring assistance to develop shooting sport in their countries, federations awarded quota places for Tokyo 2020 and athletes who head year-end ISSF rankings.

Creating a development fund was the third of ten "targets" in Lisin's succinct two-page election manifesto, though there was no mention either of the amount or that Lisin himself would make such a substantial contribution.

Asked last week by insidethegames whether he envisaged using more of his own money to help shooting sport, Lisin indicated that he already contributed to certain development, youth and television production efforts.

"I give them rods not fish," he said, implying a belief in helping organisations and athletes to help themselves.

Lisin won the ISSF Presidency by a margin of just four votes over Italy's Luciano Rossi at the body's 68th General Assembly in Munich on November 30.

He succeeded Mexico's Olegario Vázquez Raña, who stepped down after 38 years in charge.