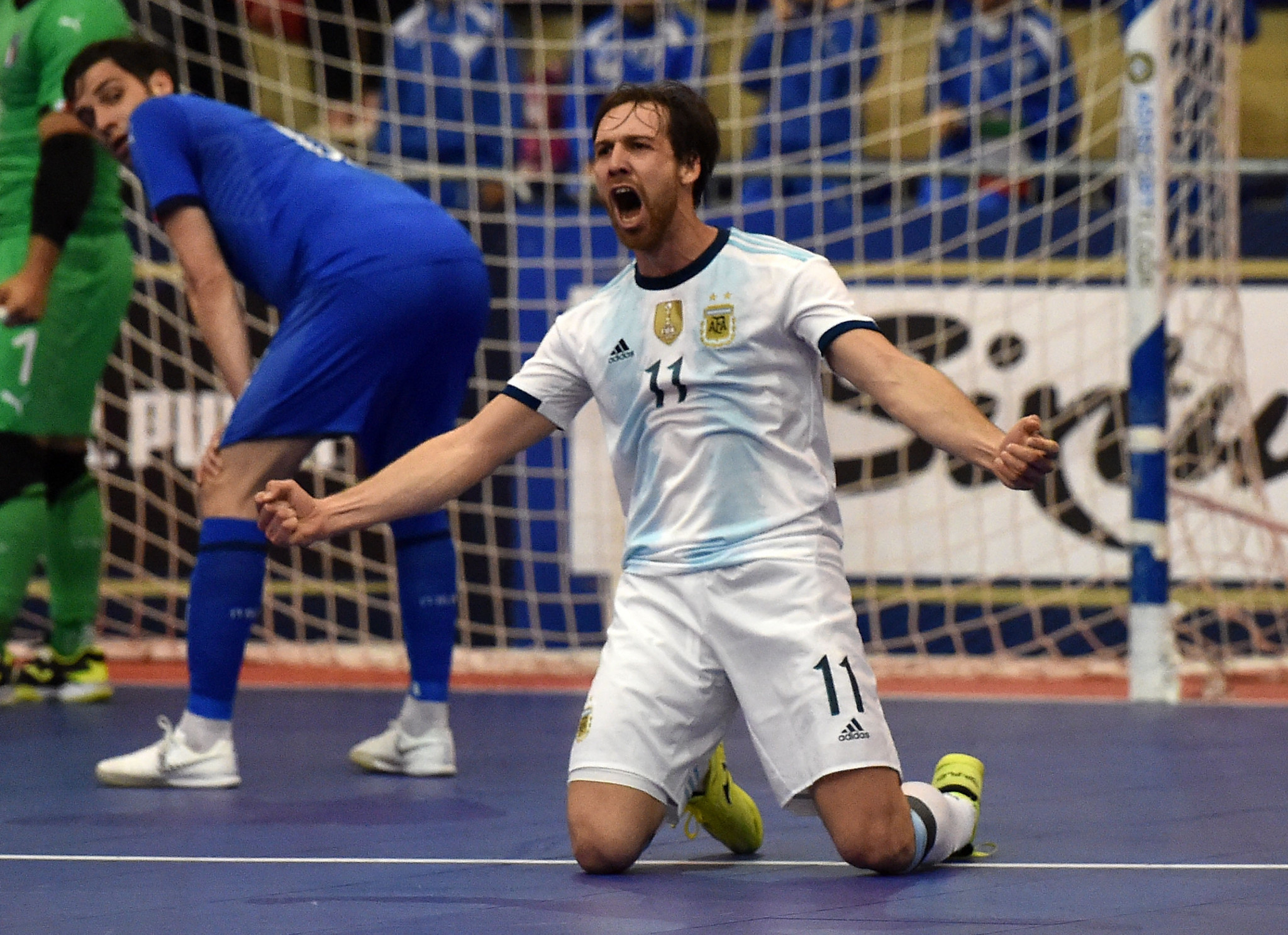 Defending champions Argentina are looking convincing following the conclusion of the group stages of the FIFA Futsal World Cup in Lithuania, as Brazil and Portugal have emerged as expected contenders for the title.

In Group F, they started with an 11-0 thrashing of the United States, followed by a 4-2 victory over Serbia and a 2-1 win against Iran.

Iran advanced alongside them with a 3-2 victory over Serbia and a 4-2 defeat of the US, who finished bottom.

They are set to play Paraguay, who were second in Group E to Spain.

Spain won all three matches, starting with a 4-0 defeat of Paraguay, before scoring four against Japan and Angola on their way to two more victories.

Paraguay took second with a 4-1 win over Angola and a 2-1 defeat of Japan.

Japan progressed in third based on their ranking against teams in other groups.

Brazil are expected to be a contender for the World Cup too and looked confident in their three Group D matches.

Led by Ferrão, who is currently the top scorer in the tournament with six goals, they first defeated Vietnam 9-1, before beating the Czech Republic 4-0 and Panama 5-1.

💯 Holders @Argentina edge the 2016 third-place finishers and end the #FutsalWC group stage with a 100% record 👏 pic.twitter.com/POlM6IRyAM

Despite a draw against Morocco in their final Group C match, Portugal recorded two big wins against Thailand and Solomon Islands to top the group.

Morocco's 3-3 draw with Portugal secured them second in the group, while Thailand finished third to progress.

Kazakhstan defeated Costa Rica 6-1 in their opening game and 3-0 against Lithuania to top Group A, finishing off with a draw against Venezuela.

Venezuela play Morocco in the last 16, while Brazil face Japan and the RFU face Vietnam.