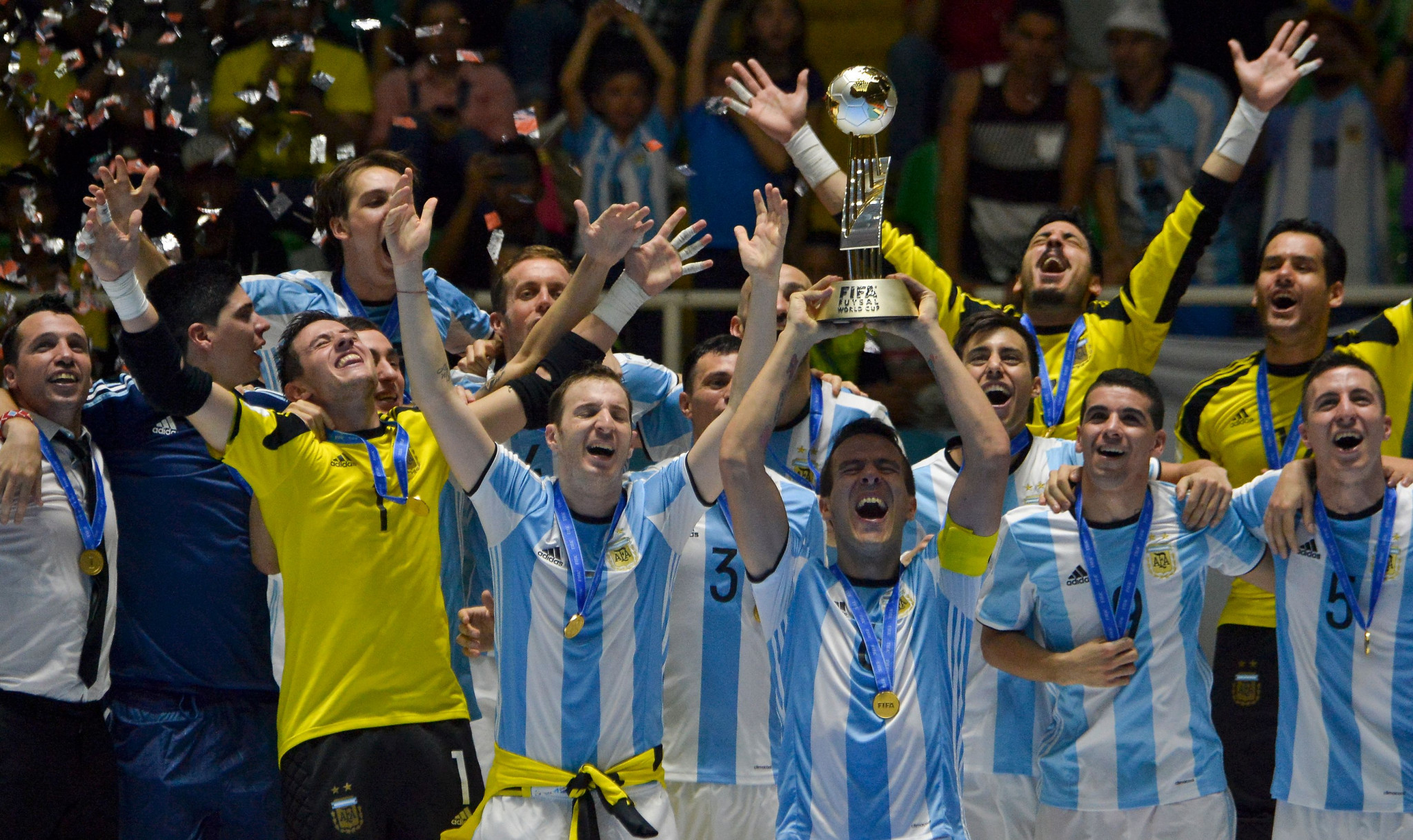 The delayed FIFA Futsal World Cup is set to begin in Lithuania, with Argentina looking to defend the title, but five-time winners Brazil are also likely to be in contention.

This tournament was due to be held last year, but was postponed because of the COVID-19 pandemic.

The Vilnius Arena in the Lithuanian capital is one of the venues being used, including for the first match of the tournament tomorrow between the Russian Football Union (RFU) and Egypt in Group B.

Russia finished as runners-up at the last Futsal World Cup in Colombia, and are ranked as Europe’s second-best team in UEFA’s coefficient rankings, but the country's name, flag and anthem will be banned at the FIFA Futsal World Cup.

Egypt also enjoyed their best run to date in the last edition of the World Cup, reaching the quarter-finals.

Uzbekistan and Guatemala also feature in their group.

Hosts Lithuania are appearing at their first major futsal competition, and take on Venezuela, who are also making their World Cup debut, in the final match of the first day.

Both of the opening Group A matches are being held at the Kaunas Arena, which is also the venue for the semi-finals and the final.

Brazilian player Pito this week said that "Brazil are favourites wherever they go," and they start in Group D against Vietnam on Monday (September 13) at the Klaipėda Arena.

Panama and the Czech Republic play earlier in the day.

Group C’s first matches are being held at the Kaunas Arena, with back-to-back African champions Morocco looking for their first-ever win or point at a World Cup after two successive group-stage exits; they open against Oceanian champions the Solomon Islands, who have won once in three eliminations at the first hurdle in this competition.

Reigning European champions Portugal also feature in the group, starting against Thailand, who reached the knockout stage in 2012 on home soil and in 2016.

Spain were World Cup winners in 2000 and 2004, and have finished runners-up a further three times.

They are ranked first in UEFA’s coefficient, and start against Paraguay in Group E in Klaipėda.

Serbia start in Group F against Iran in Vilnius, with their opponents back-to-back Asian champions, and enjoying their best-ever World Cup run to a third-place finish in Colombia five years ago.

Argentina won the World Cup for the first time in 2016, and begin the defence of their title against the United States.

The top two teams from each of the six groups will advance to the round of 16 as well as the four best-ranked third-placed teams, with the knockout phase beginning on September 22 and the competition drawing to a close on October 3.

Video technology is to be used at the FIFA Futsal World Cup for the first time, with a review operator and pitchside screen available for referees.