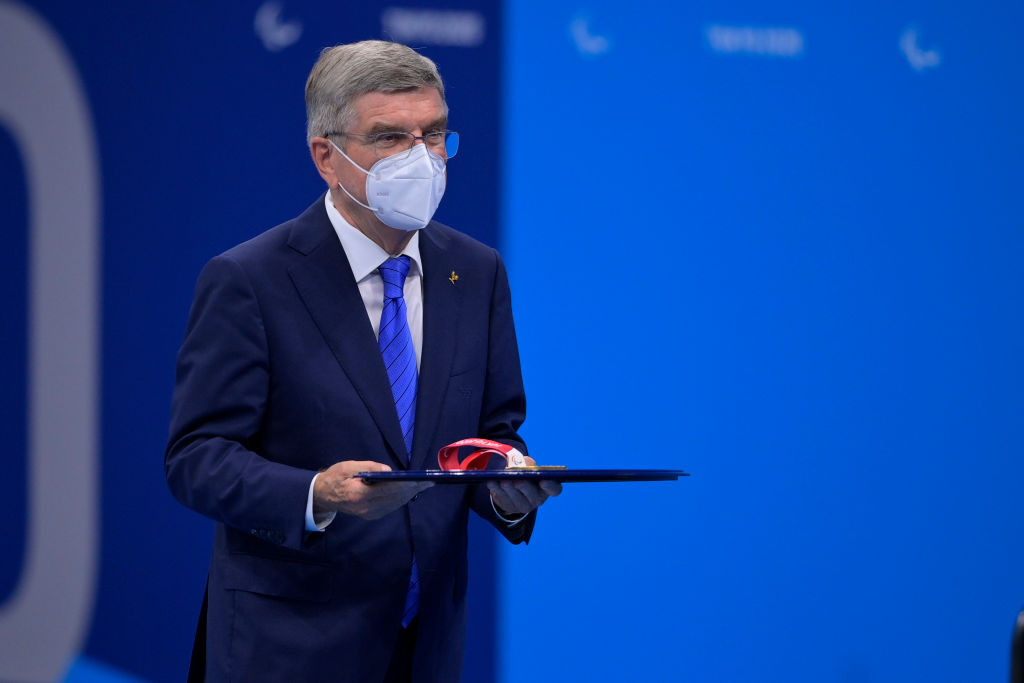 International Olympic Committee (IOC) President Thomas Bach's refusal to attend the medal ceremony following the heavyweight boxing final at Rio 2016 - now confirmed to have been fixed - was a "watershed moment" for the sport and the International Boxing Association (AIBA), according to the report from Richard McLaren.

Bach had been due to present the medals after the bout, where Russian Evgeny Tishchenko beat Kazakhstan's Vasiliy Levit on points, but suspicion had grown during the fight that it had been manipulated and the outcome pre-determined, prompting Bach to skip the ceremony.

This, coupled with the controversy surrounding the bantamweight quarter-final between Ireland's Michael Conlan and Vladimir Nikitin of Russia - also believed to have been fixed - "were the catalyst for the house of cards to come crashing down", according to the report released by the team led by Canadian lawyer McLaren.

Following an analysis of the scoring in the Tishchenko fight, the investigation team said it was "no wonder the crowd were booing and IOC President Bach walked out".

"This was a source of embarrassment for CK Wu, who responded by immediately suspending the five-stars from officiating any further bouts," the report said.

"The second and knockout blow was the result of the Conlan fight and the public outcry that followed."

The two fights, as well as the super heavyweight final between Frenchman Tony Yoka and Britain's Joe Joyce, are among the 11 bouts from the 2016 Olympics in the Brazilian city deemed to be "suspicious" by McLaren and his team.

In response to the report, Conlan, whose furious reaction to his defeat to Nikitin included claims the bout had been fixed and calling AIBA "cheats", said he was hopeful the decisions made in the corrupted bouts could be overturned.

"I think if I hadn't said what I said - and done what I did - this probably wouldn't be happening now so it's a huge day, especially for the guys who suffered in Rio, including myself," Conlan told BBC Northern Ireland.

"I just hope now the decisions can be overturned because I wasn't the only one."

Conlan added: "I'd be more than happy to receive an Olympic medal and that would be a bit of justice in itself.

"I'd love that to happen, to be upgraded and get a medal.

"Even if I don't get a medal, if they said I was number three at the Games, that would be good.

"At the same time, I wouldn't want to see the guys who benefited because of the corruption lose out, because it wasn't their fault."

Joyce, who lost to Yoka in the final at Rio 2016, said: "I have scanned the McLaren report and have read that there was corruption in AIBA and that corruption affected the result of my gold medal match with Tony Yoka.

"If corruption has taken place, and it appears that it has, I trust AIBA and the IOC will ensure the integrity of the sport is upheld and award me the gold medal.

"I will be considering the report in detail with my legal team and await the decision of AIBA and the IOC.

"Corruption should never be allowed to succeed."

McLaren's report confirmed a "bout-manipulation" scheme had been in place at Rio 2016, which saw corrupted judges given certain fights to ensure they were fixed.

Then AIBA President CK Wu, former executive director Karim Bouzidi, a group of five-star judges - who used a covert signalling system to inform each other that a fight would be manipulated - and the Draw Commission were found to have been the perpetrators.

The report details how "compliant and complicit" referees and judges, acting under a "culture of fear, intimidation and obedience" created by AIBA, corrupted the boxing tournament at Rio 2016.

The "connivence, approval and complicit acknowledgement and support" of the manipulation scheme by Wu and Bouzidi, was "vital to the success of the corruption" carried out at the Games, the report states.

Wu and Bouzidi, whose conduct was questioned in an internal AIBA probe into the boxing competition at Rio 2016 that was never published, were "key actors in organising the field of play to allow the manipulation to flourish", McLaren said.