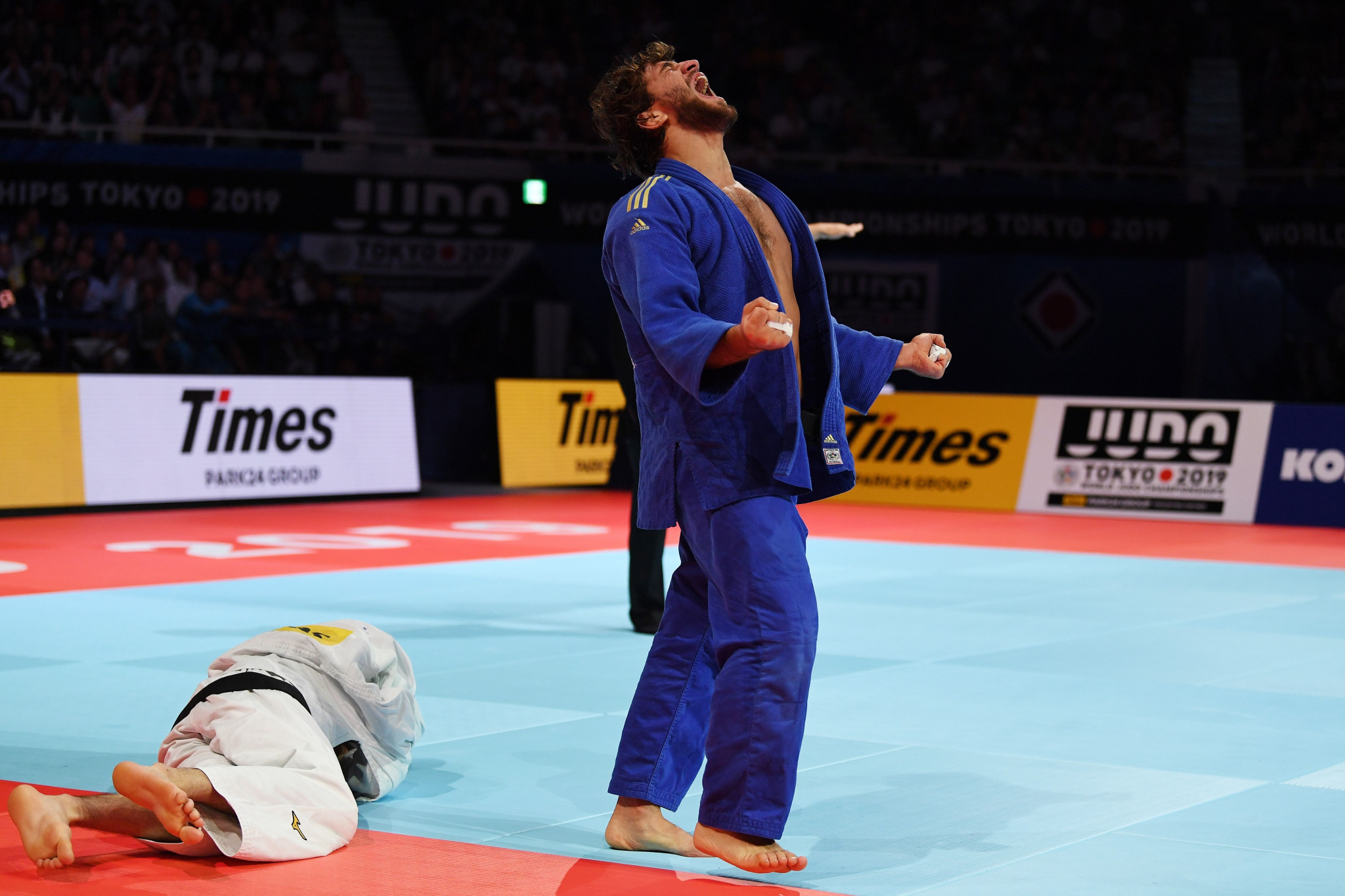 It was a dramatic final with Heydarov producing an ippon with just three seconds remaining to secure the title.

The top seed in the women’s under-70kg division also had to dig deep as Anka Pogačnik of Slovenia emerged victorious.

Despite having no previous record on the IJF World Judo Tour, Kelly Petersen-Pollard of Britain reached the final where she faced Pogačnik.

Petersen-Pollard took Pogačnik into the golden-score period where she threatened to secure a shock victory.

But Petersen-Pollard was disqualified after what the IJF described as a "potentially dangerous control" of her opponent’s arm, handing victory to Pogačnik.

Georgia’s Grigalashvili looked untouchable through the rounds as he took just 11 seconds to win his opening bout.

But Schmidt made Grigalashvili work hard for the title, taking the Georgian beyond two minutes for the first time of the day.

Schmidt fought bravely but Grigalashvili’s early waza-ari proved to be the difference as he kept his composure to see out time.

The bronze medals were won by Moldova’s Dorin Gotonoaga and Hungary’s Robert Rajkai.

Slovenian Andreja Leški, a silver medallist at this year’s World Championships, claimed her second Grand Prix title with victory in the under-63kg division in Zagreb.

Geke van den Berg of The Netherlands started strongly in the final only to come unstuck when Leški pulled off a sumi-gaeshi for a match-winning waza-ari.

Kosovo’s Laura Fazliu and Renata Zachova of the Czech Republic came out on top in their bronze medal matches to seal places on the podium.