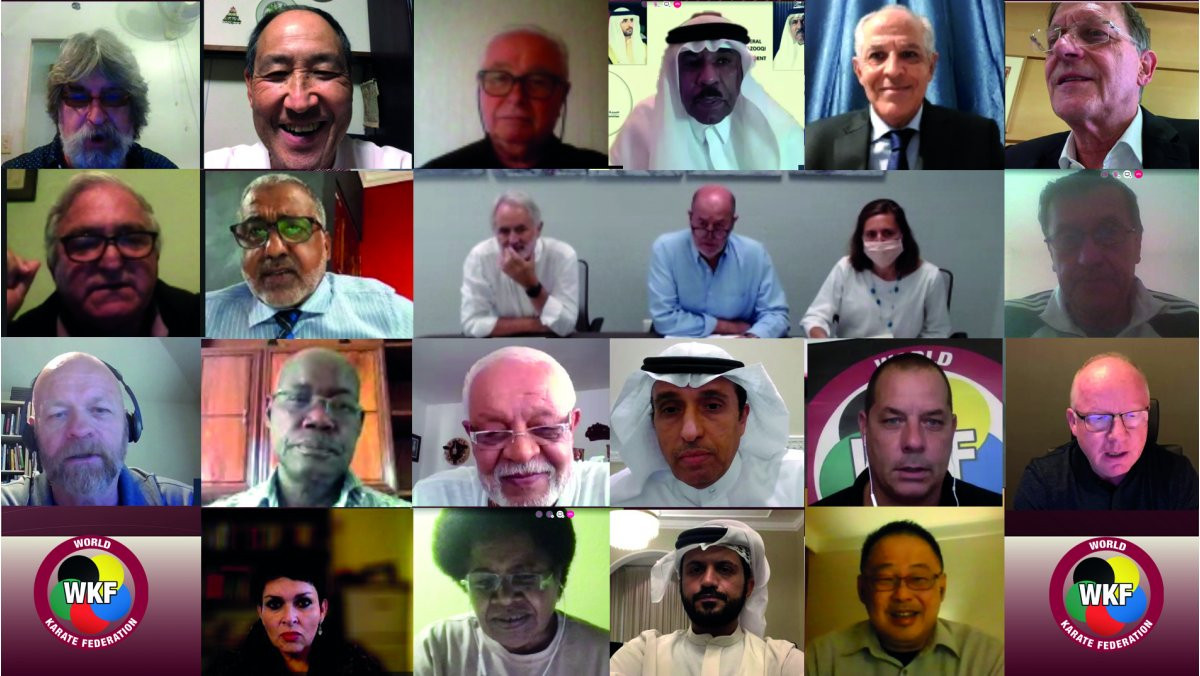 Three days of karate were held at the Nippon Budokan in the Japanese capital in August, but the sport has not kept its Olympic place for Paris 2024.

Since then the WKF has sought to promote its first appearance as it ultimately aims to re-join the Games programme.

The videoconference had the task of analysing the current situation of karate, while reviewing the Tokyo 2020 debut.

"Karate's debut at the Games has been an outstanding success," Espinós said.

"Throughout our competition in Tokyo, we were able to show the whole world all our values and the excellence of karate.

"Over the course of our presentation in Tokyo, we clearly stated that karate deserves to remain in the Olympic programme and that karate brings singularity, unique sporting spirit and great added value to the Olympic Movement.

"All of us who were in Tokyo during the Games can feel proud of the image that our sport gave during the Olympics."

But returning to the programme will be a tough ask with the Paris 2024 schedule set and the next two Summer Olympics - Los Angeles 2028 and Brisbane 2032 - taking place in countries with little karate pedigree.

The videoconference heard that karate had enjoyed success on social media during Tokyo 2020, as well as "highly positive sentiment" among greater audiences.

Communications firm MSM PR & Communications was hired by the WKF prior to the Olympics, in a bid to maximise the sport's maiden appearance.

Other topics discussed by the Executive Committee included the preparations for November's World Championships in Dubai, and a review of the competition calendar.

New projects to modernise the sport were presented and Espinós paid tribute to late Committee member Esat Delihasan of Turkey, who died in April.

"We have shown the world all our greatness and all that we are capable of," Espinós said.

"Now, it is the time not to be complacent but to continue the sensational progress that we have experienced over the last years.

"We need to continue working just as we have been doing lately, and I am sure that if we keep on working together to reach our goals, karate will continue achieving more and more success."