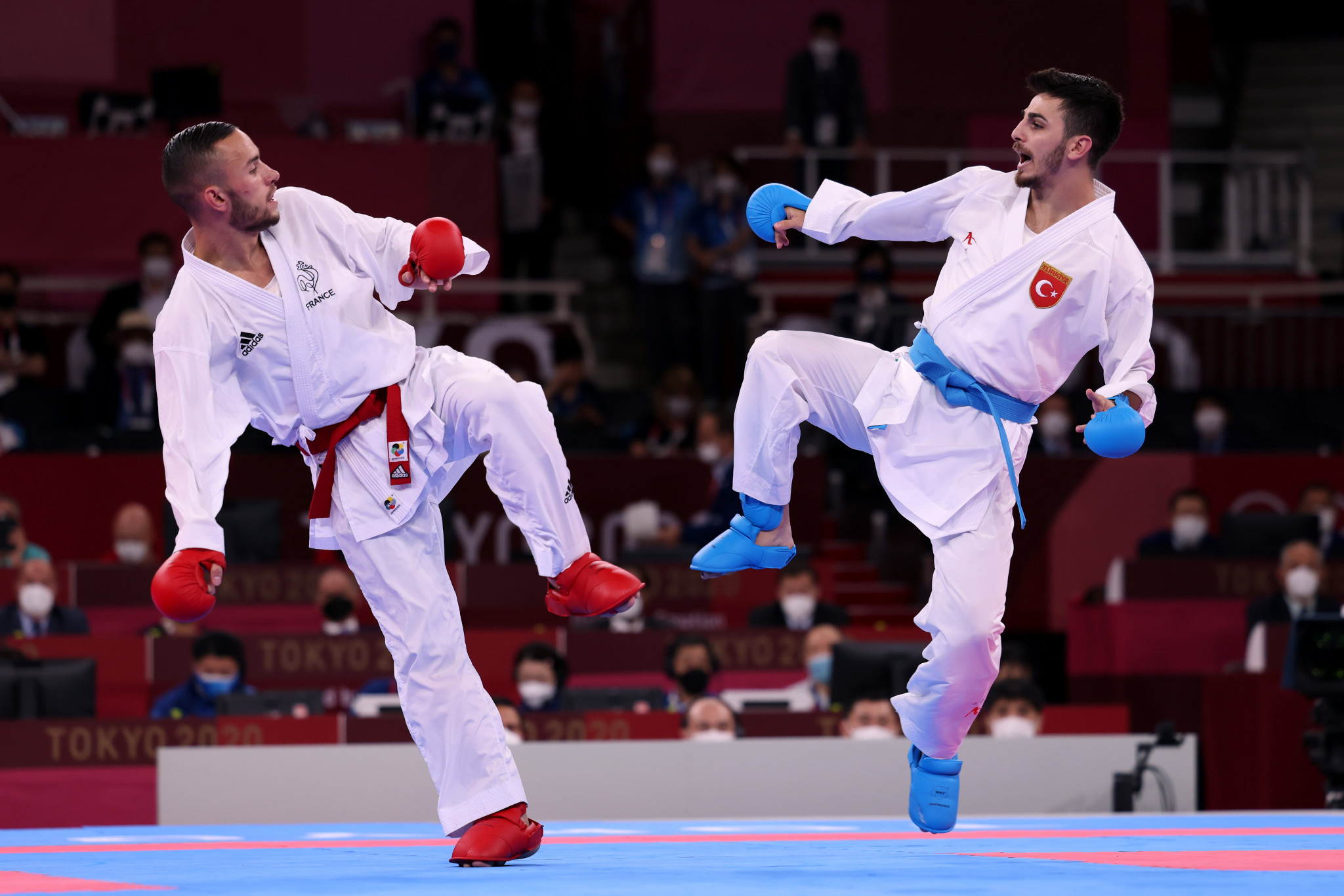 The Paris 2024 Organising Committee has ruled out the possibility of karate making its second Olympic appearance at the Games - despite growing calls in France for it to be included.

The combat sport made its Olympic debut at Tokyo 2020, but is not on the programme for the French capital and organisers insist there are no plans to change that.

French politicians, French Karate Federation (FFK) President Francis Didier and Steven Da Costa, a gold medallist for France at Tokyo 2020, have all called on the Organising Committee to ensure karate features at the Games.

These calls have so far been rebuffed.

"The programme of events for the 2024 Paris Games is final and cannot be changed," Paris 2024 said in statement.

"It has been defined in a calendar known to all, in strict compliance with the rules laid down by the International Olympic Committee (IOC)."

Paris 2024 President Tony Estanguet said he "preferred sports which are a hit on social networks and which young people watch", per franceinfo.

However, the stance has received plenty of backlash and karateka Da Costa, the Olympic men's under-67 kilograms kumite gold medallist, hit out on social media.

"I assumed my role of favourite.

"I brought the gold back to France.

"I carried the flag high.

"I was on cloud nine.

Da Costa's emotional message was picked up by members of the French National Assembly, who penned a letter to Estanguet.

"After a first official introduction in 2020, it would be difficult to understand and supportable that karate is stripped of its 'Olympic' status by France, while we count the first champion of the Olympic Games, a title he will not be able to defend," read a letter signed by 115 elected deputies.

"Considering that Games are above all, a worldwide staging of the excellence of high-level athletes that arouses admiration and bettering oneself, and not the entertainment of sports that draw on social networks and which do not determine the Olympic Agenda, we attach great value to the fact that the Organising Committee of the 2024 Olympic Games in Paris should present to the IOC the addition of karate as a new sport in the programme."

"My role is to support and accompany this French athlete, who brilliantly succeeded at the Games with a medal, so that his sport is present in Paris," Maracineanu said to Le Parisien.

"If he was chosen as the flagbearer for the closing ceremony in Tokyo , it is not for nothing.

"It's worth writing to the IOC at least.

"Especially since we must not forget that there is a fifth place available for additional sports.

Despite the Paris 2024 stance, FFK President Didier has now also written an open letter to Estanguet.

Calling karate "beautiful and spectacular" and "young and popular", Didier pleads for it to feature at Paris 2024.

"The door is effectively closed for karate," he said to France-Presse, arguing the need to maintain a balance between traditional disciplines and those in full growth.