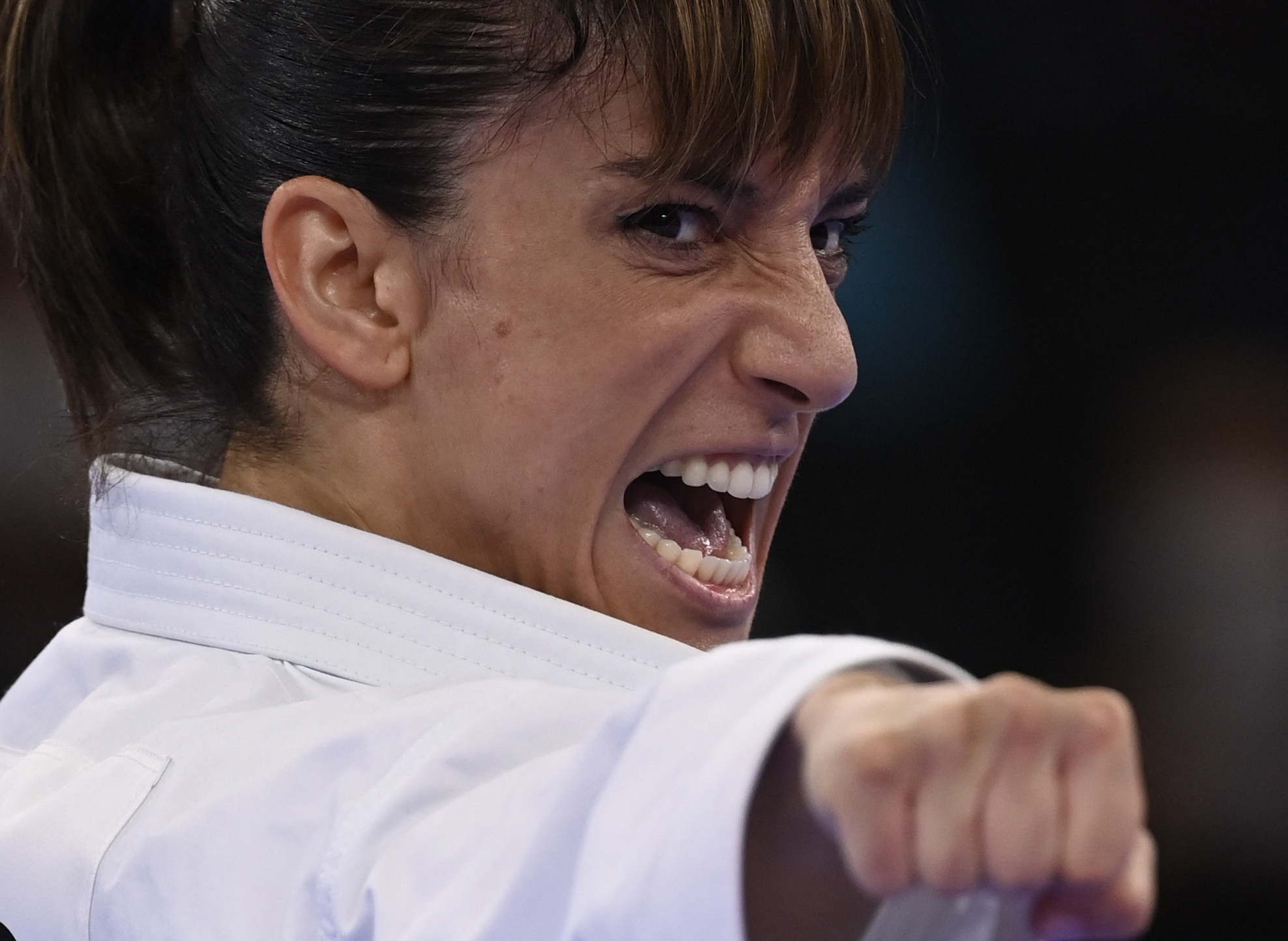 Spain's Sandra Sánchez was crowned as the first-ever Olympic champion in karate as Steven Da Costa and Ivet Goranova also tasted glory on the opening night of Tokyo 2020 finals.

Karate made its long-anticipated debut on the Games programme here today and lived up to its billing with some superb gold medal contests.

Thirty-nine-year-old Sánchez, the world champion in 2018, won the women's kata title with a brilliant performance full of technical skill and athleticism.

She scored 28.06 in the final to disappoint host nation Japan and two-time world champion Kiyou Shimizu, who had to make do with silver on 27.88.

"It is crazy," said Sánchez, who celebrated by unfurling the flag of her home town, Talavera de la Reina.

"I am so emotional, I am feeling so many things together.

"I think I need more time to believe that this is real.

"I want to see my kata and make sure it happened, because right now I can't believe it.

"This was the perfect final, with Shimizu in Japan, at the Budokan.

"This really is the best moment, it is amazing."

He celebrated with a backflip on the tatami after defeating Eray Şamdan of Turkey 5-0 in the under-67 kilograms final.

Da Costa opened up a 2-0 lead with a waza-ari and then connected with a fine kick to the head in the closing seconds, earning him an ippon.

The 24-year-old Frenchman won the world title in 2018 but suffered defeat in the pool stage to Jordan's Abdelrahman Al-Masatfa, meaning he only went through to the semi-finals as runner-up.

"Steven is very happy but he is not shocked," said Olivier Beaudry, Da Costa's coach.

"He has done the job he came to do.

"His father is very hard on him but the people around him make sure he keeps his head on his shoulders.

"I hope his success will boost the number of people who want to take up karate after watching at home on their TVs."

Bronze medals in the division were won by Al-Masatfa and Darkhan Assadilov of Kazakhstan.

The last final of the night went to Bulgaria's 21-year-old Goranova as she became the first Olympic gold medallist in women's kumite.

She powered past Anzhelika Terliuga of Ukraine in the under-55kg final, winning 5-1.