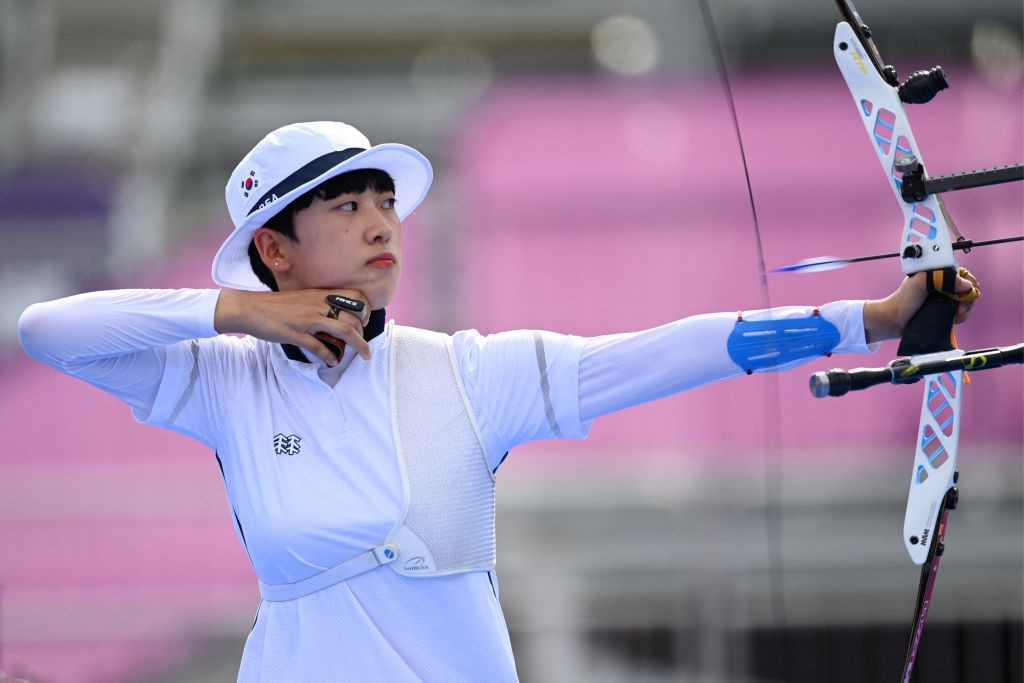 Olympic gold medallists An San and Kim Woo-jin of South Korea claimed top seeding in the women's and men's events, respectively, as the World Archery Championships opened in Yankton in the United States.

An, who became the first archer to win three gold medals at a single Olympics at Tokyo 2020, recovered from a shaky start to finish first in women's qualifying at NFAA Easton Yankton Archery Center.

The South Korean star was 13th after 36 arrows before she found her range and topped the standings on 646 points, two clear of Mexico's Alejandra Valencia in second.

Jang Min-hee, also of South Korea, did enough for third on 642.

An's score, which included a recurve women’s field-leading 331 for the back half, is the lowest shot by a top recurve women’s seed at the World Championships since the format was introduced in 2015.

"I needed to get some time to get familiar with the environment here, but it's getting better and better," said An.

"I’m happy with that.

"I needed to find out the direction of the wind, and it was quite tricky for me.

"During the break, I thought about the wind and the situation on the field and tried to make it work."

The top recurve men’s seeds at the #WorldChampionships. 👇

Kim, winner of a team Olympic gold medal at Tokyo 2020 and who is seeking a third world title, took first place in men's qualifying on 677 points.

Brazil's Marcus D'Almeida was second, seven adrift of the South Korean, while former world champion Brady Ellison of the US ended third on 659.

Ellison also made a sluggish opening to his bid for gold on home soil before rallying to finish inside the top three.

Kim claimed the tournament was wide open after the qualification round, which took place in tricky conditions.

"The environment wasn’t perfect, but I managed my circumstances the best I could and focused on my timing, which I thought was the best approach for today," he said.

"There’s an opportunity for every athlete, for every archer here, to win the title.