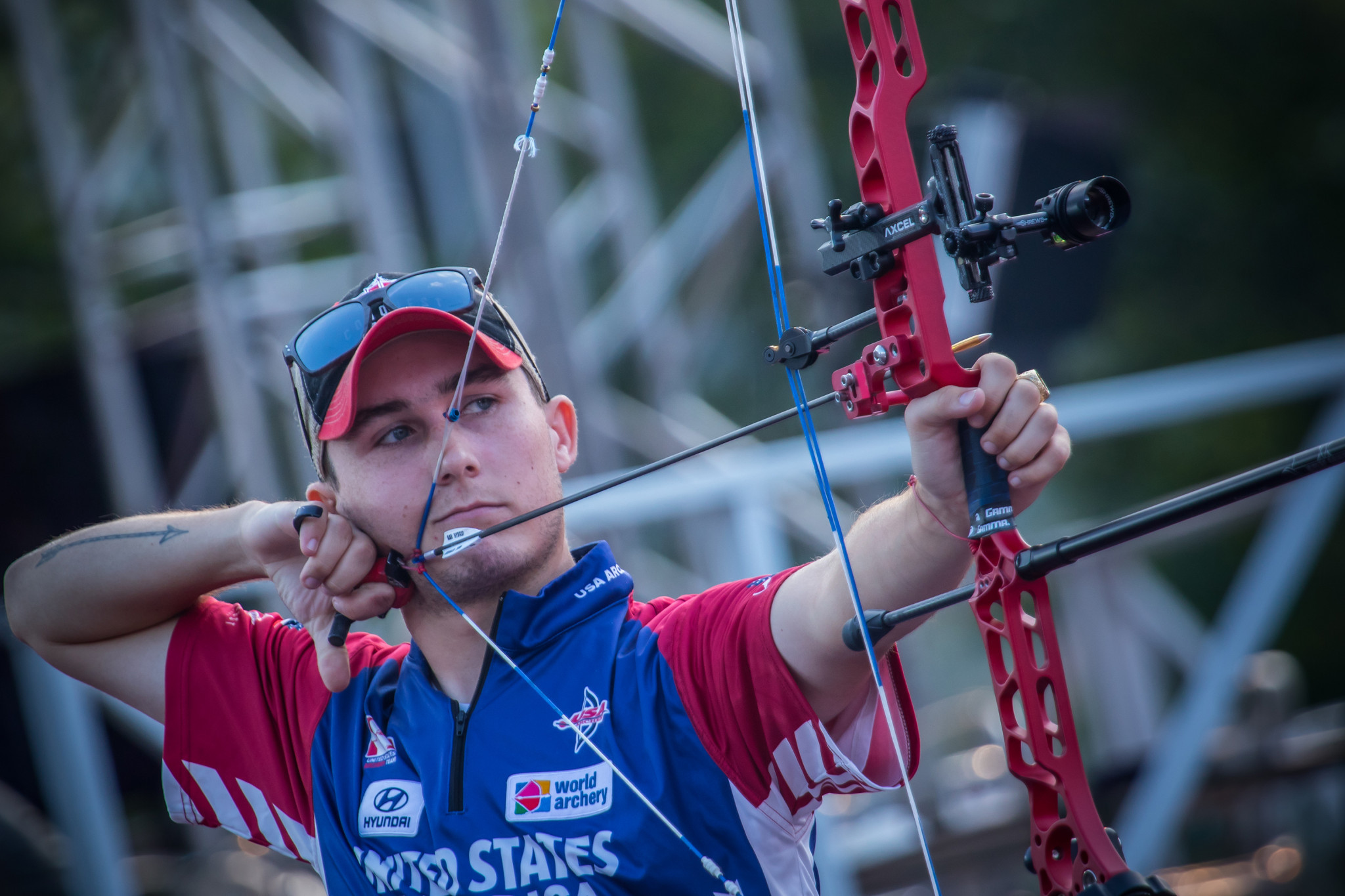 The United States' James Lutz and Brady Ellison are set to defend the men's individual compound and recurve titles on home soil as the World Archery Championships start tomorrow in Yankton in South Dakota.

Lutz, still only 23, is aiming to successfully defend his world title and has a good chance of doing so as the world number four.

But Dutch archer Mike Schloesser has to be considered the firm favourite as the world number one and the most in-form compound archer in the world.

He was the gold medallist at the World Archery Championships in 2013, and has a chance to win his second senior world title.

His closest rival on paper should be the US' Braden Gellenthien, who has been a worthy opponent of Schloesser over the past few years.

Despite three world gold medals in outdoor championships, all of his titles have been in team events.

The American's best result was third in 2017.

Ellison is aiming to recover from a disappointing end to his Olympic campaign at Tokyo 2020 with a successful defence of the men's recurve title.

He was knocked out in the quarter-finals at the Games by eventual gold medallist Mete Gazoz of Turkey.

Gazoz is the world number two now, and the 22-year-old will have the self-belief to beat Ellison if he faces him in the bracket.

Olympic silver medallist Mauro Nespoli of Italy is now third in the world and will be a contender for the medals too.

Natalia Avdeeva of the Russian Archery Federation (RAF) is the defending women's compound champion too and the world number two continues to be in strong form as the European Grand Prix winner from April.

Danish archer and world number one Tanja Gellenthien will be aiming to bring a second medal to her household alongside her husband Braden.

The US' best hopes will come from Paige Pearce, who was the runner-up two years ago at the championships; while five-time World Cup champion Sara Lopez of Colombia is off the back of two World Cup wins in Paris and Medellin.

Finally, Chinese Taipei's Lei Chien-ying is not defending her women's recurve title this year, meaning the Olympic medallists are expected to be among the favourites.

South Korea's An San had a clean sweep at Tokyo 2020, winning the individual, team and mixed team gold medals and has to be the person to beat in the event.

She set a new Olympic record of 680 points in individual recurve and will look to win the world gold medal in her debut championships.

RAF's Elena Osipova lost in that final to An, but has been consistent over the past few years and the world number two has an opportunity to win gold.

Italian Lucilla Boari was the bronze medallist from Tokyo, but India's world number one Deepika Kumari cannot be ruled out despite her quarter-final exit to An at the Games.

Competition is set to run until September 26.