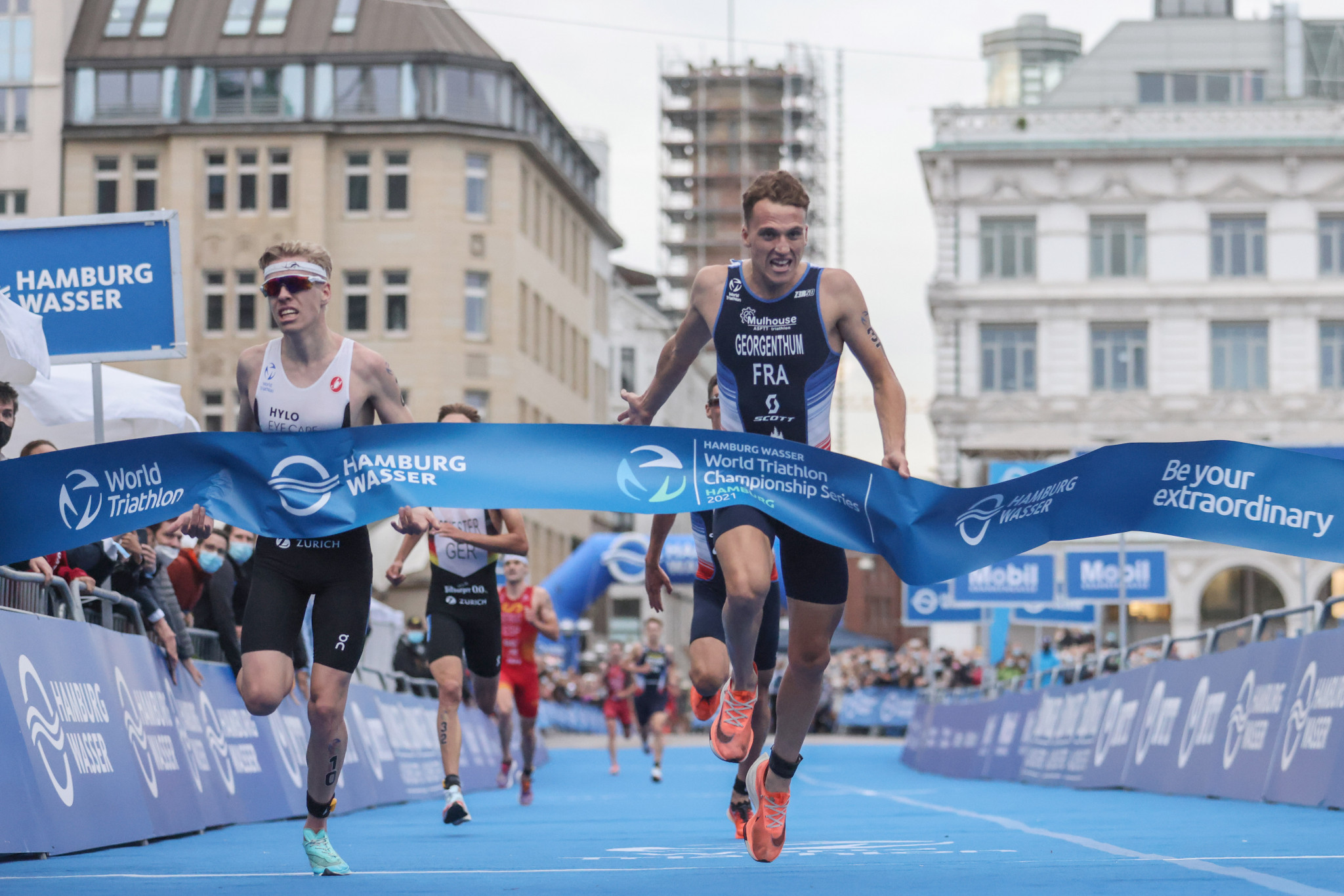 Germany's Tim Hellwig won a sensational sprint finish to claim victory in the 2021 Hamburg Wasser World Triathlon Championship Series, as the first six finishers all crossed the line within six seconds of one another.

In a breathtaking, to-and-fro race, which saw Hellwig go out hard in the swim and then hang on during the bike and run, the 22-year-old held off a double French challenge to claim a brilliant victory.

Hellwig and Georgenthum were awarded the same time, 58:40, while Bergère finished one second behind.

Hellwig's team-mate Lasse Nygaard-Priester was awarded the same time as Bergère, while Spain's Antonio Serrat Seoane and France's Tom Richard rounded out the top six, all of which finished within six seconds of the lead.

What an astonishing finish, it was down to the line and a photo finish! Tim Hellwig of Germany has earned gold in #WTCSHamburg.

Paul Georgenthum FRA with silver in a remarkable WTCS debut and @LeoBergere FRA with the bronze medal.

"There’s no better place in the world to win your first WTCS race than here at home, it’s a special feeling," said Hellwig.

"I raced here last year on a different course.

"This one here is very special, when you have so much spectator support, cheering you on, they are just flying over the course, it feels so great.

"I watched the replay from 2019 and I saw the sprint finish between Jake Birtwhistle and Vincent Luis and I thought, don’t go too early.

"I think I timed it perfect.

"It was so very close in the end but I am super happy that I won."

In the women's race, under-23 (U23) world champion Laura Lindemann claimed her first WTCS win in her hometown, storming clear in the final 300 metres to claim victory.

The German, who claimed the U23 world title in 2016, excels in the sprint triathlon event and was one of the favourites on the start line.

She produced the fastest running split to win in 58min 17sec.

"I am so happy, I just can’t believe it," Lindemann, who had won silver and bronze in Hamburg previously before reaching the top spot of the podium today, said.

"This was the perfect race for me.

"My swim was good, the bike was good and during the run, I just felt really good.

"On the second lap of the run, I just felt that I had the legs and just went for the best, and I made it."