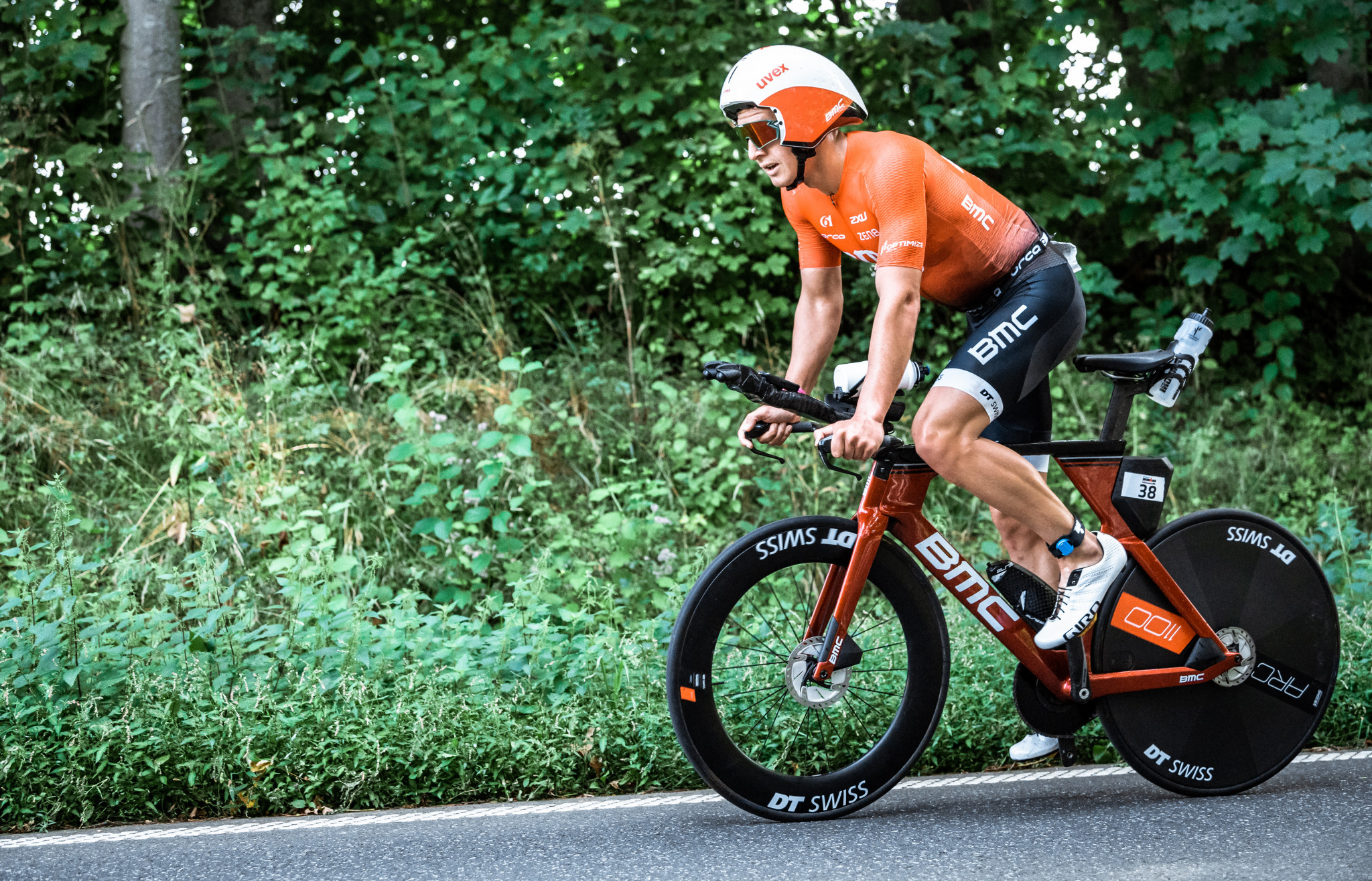 The testing route featured a 3.8-kilometre swim, 180km bike and 42km run on a flat, below sea level course.

The Long Distance Championships were returning after being cancelled last year because of the COVID-19 pandemic, but neither of the defending champions from Pontevedra in Spain in 2019 featured in The Netherlands to defend their crowns.

In the women’s race, Dane Camilla Pedersen and De Vries formed a lead after the swim.

However, Pedersen was forced to withdraw with medical issues during the bike stage, and De Vries held an advantage of just over a minute from France’s Manon Genet going into the run.

De Vries managed to overcome stomach issues that forced her to stop periodically during the run, and became long distance world champion for the first time in 8 hrs 32min 5sec.

An emotional De Vries dedicated her victory to her grandmother, who passed away only a few days prior to the championships.

"I just don’t have words for this and I don’t realise it yet," she said.

"I’m world champion in such a time.

"I watched this race when I was 10-years old when my dad competed in it.

"I always said that I wanted to race it when I grew up and now I have raced it three times and today at the World Championship.

"My grandma passed away last Wednesday so it’s really nice that I could do it for her.

"The last 10km were so hard, nothing was in my body anymore, but I managed to finish."

The men’s race saw Sweden’s Jesper Svensson lead after the swim, but Hogenhaug caught up and the pair held a lead exceeding seven minutes going into the run.

They ran together for around the first 35km of the run, even finding time to chat, before Hogenhaug pushed himself into a lead of around one minute going into the final stages of the race.

His 2:41:38 marathon saw him complete the long distance triathlon in 7:37:46 - the fastest time ever at Almere, which claims to be the world’s "second oldest race."

Hogenhaug explained how he approached the race to deliver his new record time.

"This one was my fourth long distance race in four months," he said.

"I didn’t feel good but I think I had a decent swim.

"I like to go to the front of the race to take control, so as soon as I could I did it, but I think I hammered, maybe a bit too much, so then I slowed down a bit.

"I did a lot of work on the bike and then the battle on the run was something I will never forget.

"I never had pushed it that far."

Svensson was second in 7:39:25, while third place went to Brazil’s Reinaldo Colucci with 7:45:15 as the top eight all finished in under eight hours.