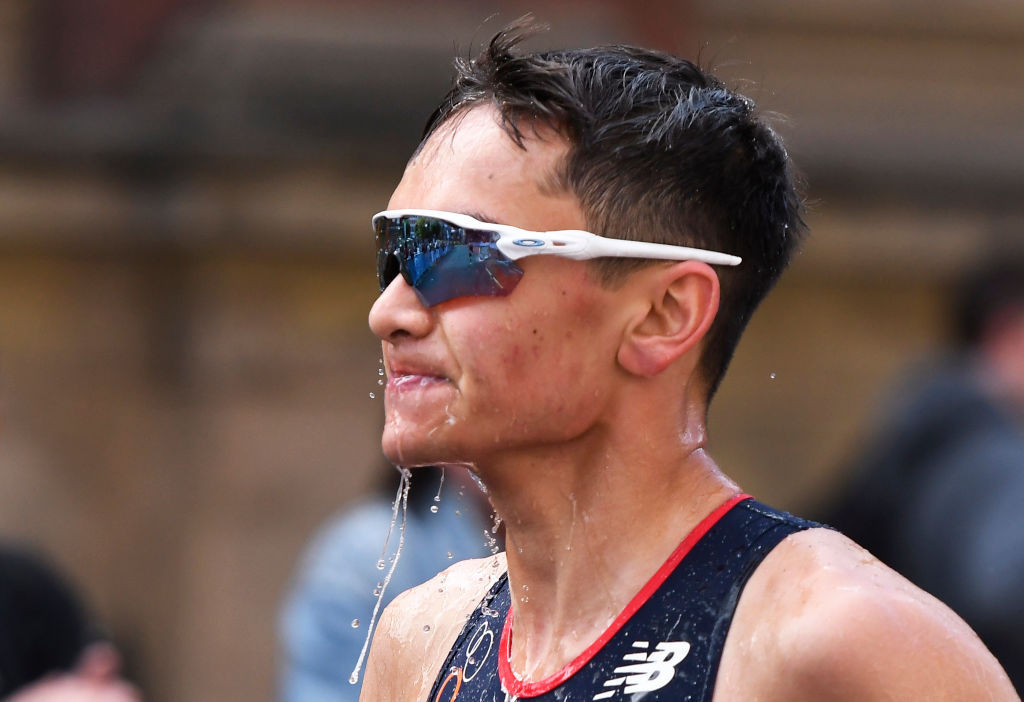 Yee outsprinted Brownlee towards the end of a thrilling men's race before Learmonth, who he partnered to Olympic glory in the mixed relay at Tokyo 2020, completed a British double.

The triumph for Yee earned him the maximum 15 points, while Brownlee's 14 for second saw him overhaul Frenchman Vincent Luis at the summit of the overall standings.

Hayden Wilde of New Zealand was third after crossing the line behind the two Brits, who were neck-and-neck heading into the dying stages of the race.

Wilde has 40 points on the leaderboard, one behind Brownlee, while Yee is up to third following his win in the enduro format, comprising two circuits of a 250 metres swim, a 10 kilometres bike and 2.5km run.

Jess Learmonth continues her lead at the top, with 5 Brits in the top 10 after Round 3 in Jersey #SLTJersey #IAMSUPERLEAGUE pic.twitter.com/wEq60IqrRv

Learmonth is three points clear at the top of the women's standings after clinching her third straight Super League Triathlon victory following first-place finishes in London and Munich.

The 33-year-old led a British one-two ahead of Georgia Taylor-Brown, who was initially disqualified before being reinstated.

Taylor-Brown was disqualified for incorrectly taking the short chute before race officials ruled that she had made up the distance before the end of the final run and it did not interfere with other athletes.

Cassandre Beaugrand of France came through to take third.

Spain's Anna Godoy was forced to withdraw from the event after testing positive for COVID-19 .

The Super League Triathlon season is due to continue in Malibu next weekend.