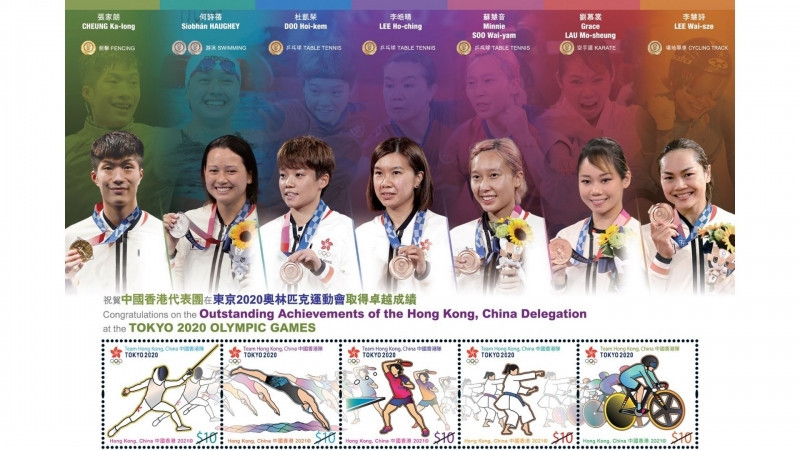 A special set of stamps are to be produced in Hong Kong to celebrate the record-breaking success of the country’s athletes at this year’s Olympic Games in Tokyo.

The team won a total of six medals, twice as many as they had won in the previous 17 Olympics combined.

The medals included a gold for fencer Cheung Ka Long in the men’s foil, Hong Kong's first since Atlanta 1996 when Lee Lai Shan won the women’s sailboard and only the country's second in history since making an Olympic debut at Helsinki 1952.

There were also two silvers for swimmer Siobhán Haughey in the women’s 100 and 200 metres freestyle.

All the medallists are celebrated by Hongkong Post on a commemorative stamp sheet containing a set of five newly designed stamps, showcasing fencing, swimming, table tennis, karate and track cycling.

Hongkong Post is accepting advance orders for the stamps, which are due to be released on October 28.

Hongkong Post is planning another batch of stamps to celebrate the success of athletes competing at the Paralympic Games.

More information is set to be released later this year.