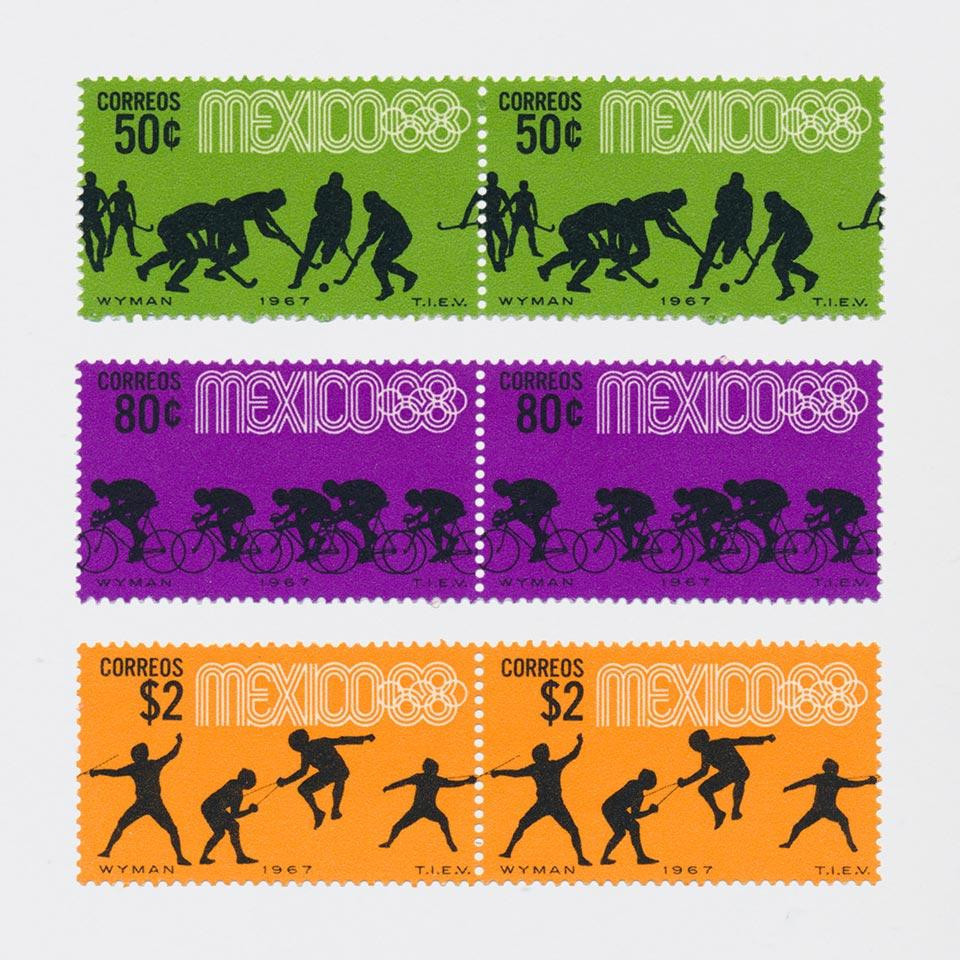 A new book celebrating the work of Lance Wyman, who created the design campaign for the 1968 Olympic Games in Mexico City, has been published.

The book by Niko Courtelis specifically features the 43 stamps designed by the American graphic designer, including Mexico City 1968 and Munich 1972 and for the 1970 FIFA World Cup.

Published by Kat Ran Press, Courtelis' Iconic: The Postage Stamps of Lance Wyman was created in conjunction with the November 2019 exhibition of Wyman's stamps at the Katherine Small Gallery in Somerville in Massachusetts, Linn's Stamp News reported.

Wyman, described as a "rock star" of graphic arts, made his reputation when he collaborated with Eduardo Terrazas, under the direction of architect Pedro Ramírez Vázquez, in the development of the designs for Mexico City 1968.

He was the author of the Mexico68 logo, widely considered one of the best in Olympic history.

After Mexico City 1968 finished, Wyman then worked on the design campaign for the 1970 FIFA World Cup in Mexico, still one of the most fondly remembered tournaments.

Other stamps he designed marked the 1969 moon landing and the 25th anniversary of the United Nations in 1970.