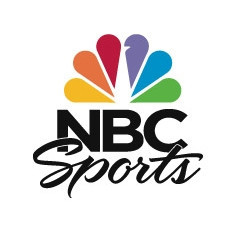 American Olympic broadcaster NBC has nearly sold all of its advertising space for coverage of the 2022 Winter Olympic Games in Beijing, advertising sales executive vice-president Dan Lovinger has revealed.

As per The Hollywood Reporter, Lovinger said this week that slots for NBC’s coverage of the Games are "virtually sold out."

He also said that the broadcaster will now "evaluate requests for participation on a case-by-case basis."

The Winter Olympics in the Chinese capital are due to be held from February 4 to 20 next year, and Lovinger claimed that this offered an "unprecedented opportunity," since the National Football League’s (NFL) Super Bowl is scheduled during this period as well on February 13.

NBC and CBS agreed to swap Super Bowl rights so that NBC can broadcast the 2022 game, maximising exposure for both the Winter Olympics and the NFL's marquee occasion.

In 2014, parent company NBCUniversal extended its broadcasting deal with the International Olympic Committee (IOC) until 2032, with Beijing 2022 being the first Games to feature under the $7.65 billion (£5.5 billion/€6.5 billion) deal.

Tokyo 2020 was the last Games featuring under the previous agreement signed in 2011, but its viewing figures for the Opening Ceremony were reported to be the lowest for more than 30 years at 16.9 million.

In June, a letter signed by 200 rights groups was delivered to NBC in Boston urging the broadcaster not to show the Games in Beijing on human rights grounds.

Strained US-Chinese relations and the latter's treatment of Uyghur Muslims in Xinjiang will likely loom large over he build-up to Beijing 2022.

NBCUniversal first covered the Olympics in the Japanese capital in 1964.