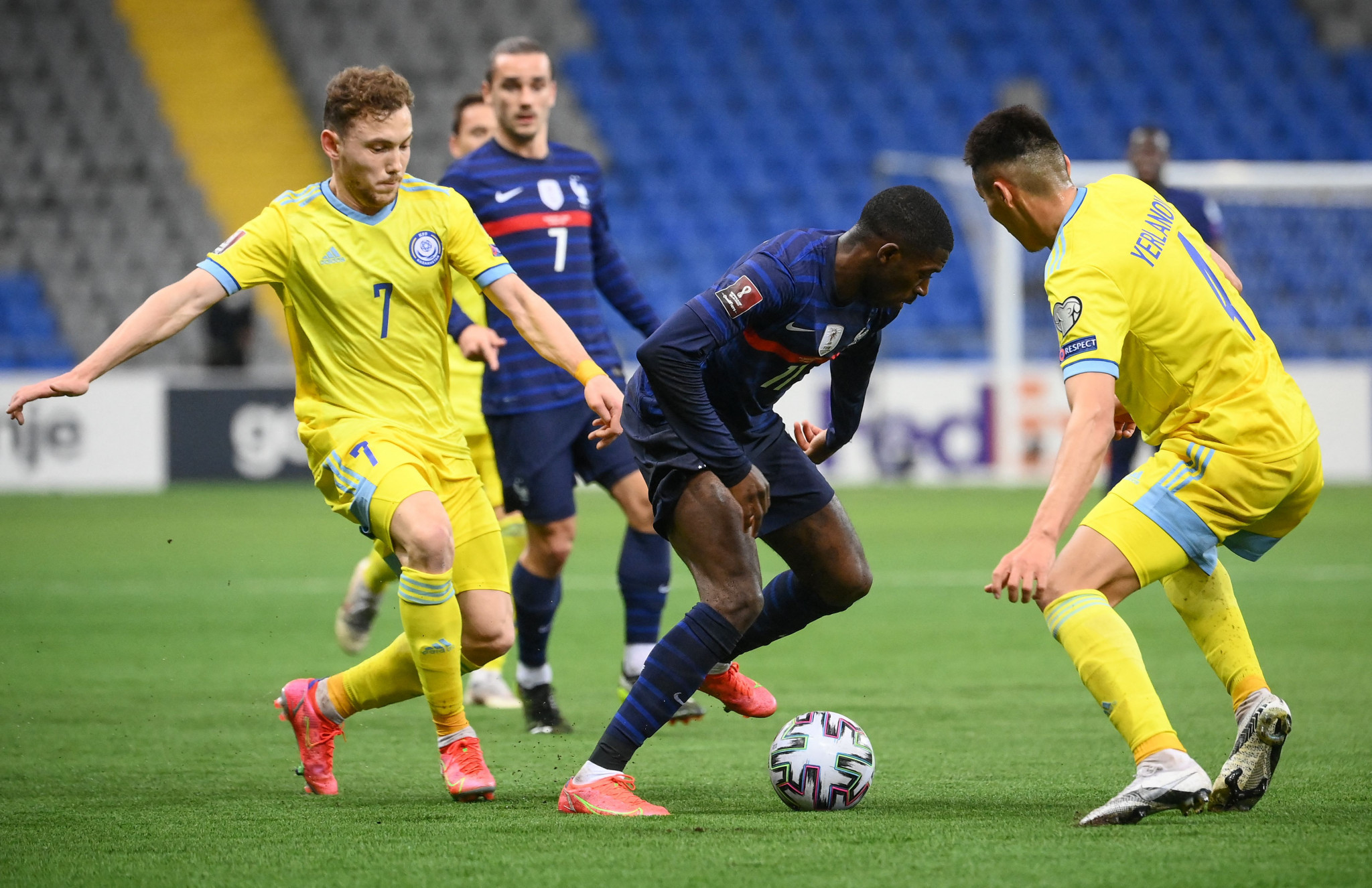 Ruslan Valiullin, a footballer for the Kazakhstan men’s national team, has failed a UEFA doping test taken after his club side FC Tobol Kostanay’s defeat to Žilina in qualification for the UEFA Conference League.

Article 8.02 of the UEFA Conference League regulations gives football’s European governing body the power to test any player at any time.

The sample was taken on August 12, but FC Tobol said Valiullin was not informed until September 2.

That was a day after he had scored twice to earn Kazakhstan a 2-2 draw against Ukraine in group D of UEFA’s qualifiers for the 2022 FIFA World Cup.

Valiullin was en route to Finland for Kazakhstan’s second qualifier of the international window when he was notified, but did not feature in their 1-0 defeat in Helsinki nor Tuesday’s (September 7) 2-2 draw in Bosnia and Herzegovina.

The 27-year-old is a left-back or left midfielder, and had only earned his first international cap in March’s World Cup qualifier against France.

FC Tobol said it had launched an internal investigation and is in contact with the Kazakhstan Football Federation (KFF) over the issue.

As per the Associated Press, one doping case in the squad would not be enough for the result to be overturned.

The KFF released a statement confirming that the result would not be affected and said Valiullin had picked up a hamstring strain during the Ukraine match anyway.

Kazakhstan are ranked 124th in the FIFA world rankings and are currently bottom of their World Cup qualifying group on three points from five matches, although Ukraine in second only have five points from the same number of games.

Valiullin’s club FC Tobol beat Croatian side Hajduk Split in the UEFA Conference League second qualifying round before being knocked out by Slovenian outfit Žilina in the next round.

They are currently top of the 2021 Kazakhstan Premier League.