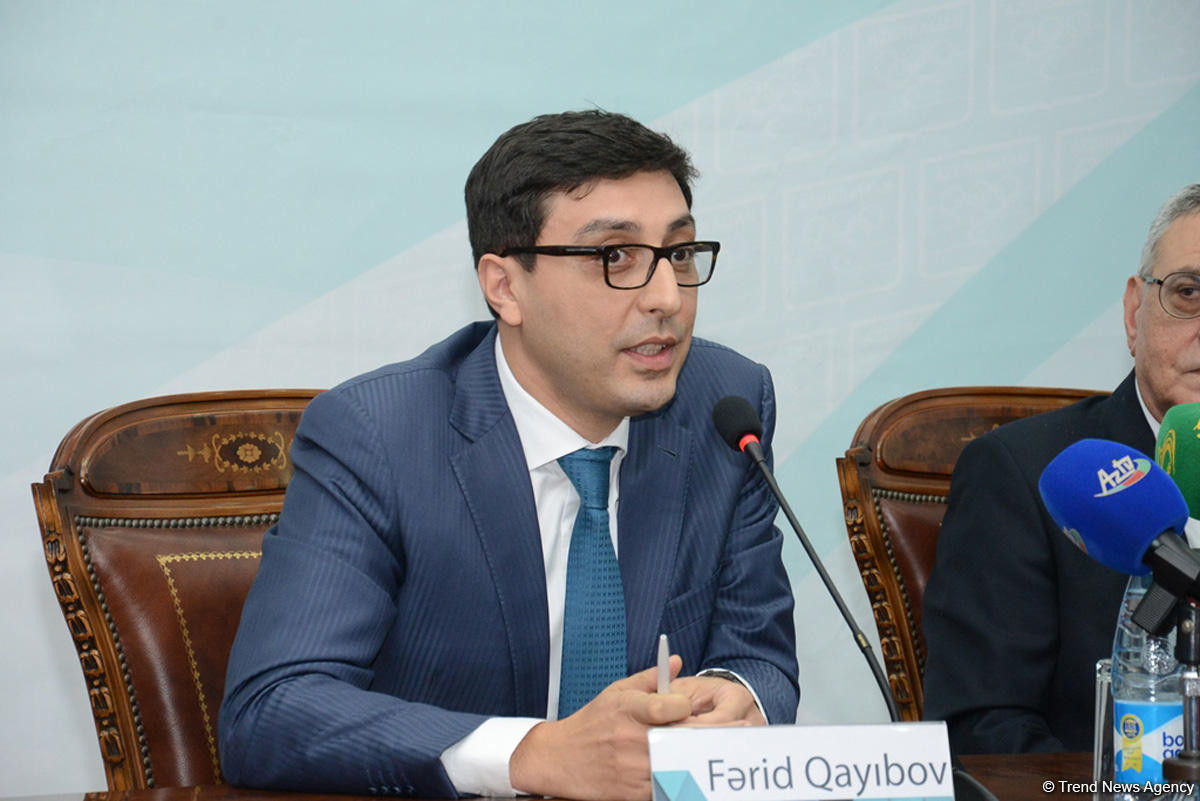 European Gymnastics President Farid Gayibov has been appointed as Azerbaijan’s new Minister of Youth and Sports, it has been announced.

The post had previously been held by Azad Rahimov, who died in April at the age of 58 after suffering from lung cancer.

"Great confidence is being placed in you," Azerbaijan’s President Ilham Aliyev told him when announcing the appointment during an online event.

"I am sure that you will live up to this confidence.

"The sports community of our country knows you very well.

"You have been working in the field of sports for many years.

"At the same time, you are the President of European Gymnastics.

"You were elected to this position a few years ago, and this shows that you have gained authority in the international arena as well.

"Taking into account these factors, I am placing this high confidence in you and hope that there will be good results in the field of sports and youth policy."

The 42-year-old Gayibov was elected as President of European Gymnastics in 2017, replacing France’s Georges Guelzec.

In June, Gayibov announced he was standing against Japan’s Morinari Watanabe for President of the International Gymnastics Federation (FIG).

A representative for Gayibov told insidethegames that, despite the new responsibility, he planned to continue with his campaign to unseat Watanabe.

The election is due to take at the FIG Congress in Antalya in Turkey between November 5 and 7.

Under Rahimov, Azerbaijan hosted a successful first European Games in Baku in 2015.

Rahimov was appointed to the role in 2006 and held the role until his death earlier this year.

During Rahimov’s reign, Azerbaijan won at least one gold medal at three consecutive Summer Olympic Games, including Beijing 2008 and London 2012.

It culminated at Rio 2016, where Azerbaijan won a record 18 medals - one gold, seven silver and 10 bronze.

But at Tokyo 2020, Azerbaijan failed to claim a gold medal as they won three silver and four bronze.

"Although we won fewer medals in the last Summer Olympics than in the Rio Olympics, I still think that our athletes showed good results," Aliyev said at the announcement of Gayibov’s appointment.

"In terms of the number of medals, Azerbaijan ranks 33rd, 20th among European countries and fourth among Muslim countries.

"At the same time, the shortcomings in the field of sports must be seriously investigated and analysed.

"In particular, work in some Federations was unsatisfactory in the run-up to the Olympic Games.

"So, the situation in all federations needs to be seriously analysed."

In contrast, Azerbaijan enjoyed their best performance at the Paralympic Games since their debut at Atlanta 1996.

They won a total of 19 medals, including 11 gold, five more than they had won in total at the previous six Paralympics.

"Our Paralympians made us very happy and won many medals, including many gold medals, showing great skill, professionalism and dedication," Aliyev said.

"Of course, this is a very important event, and we are rightly proud of our Paralympians."

Gayibov already has a close professional relationship with Mehriban Aliyeva, Azerbaijan’s vice-president, who is also head of the Azerbaijan Gymnastics Federation.

"Let me express my deep gratitude to you for your trust and for the words you have said about me," Gayibov told Ilham Aliyev.

"It is a great honour for me.

"The tasks and recommendations you gave are clear, and I will start working in this direction immediately.

"I promise to do my best.

"I believe that the Azerbaijani youth living in a healthy society will continue to delight you and the people of Azerbaijan with their continued successes in the near future and our athletes with new victories."