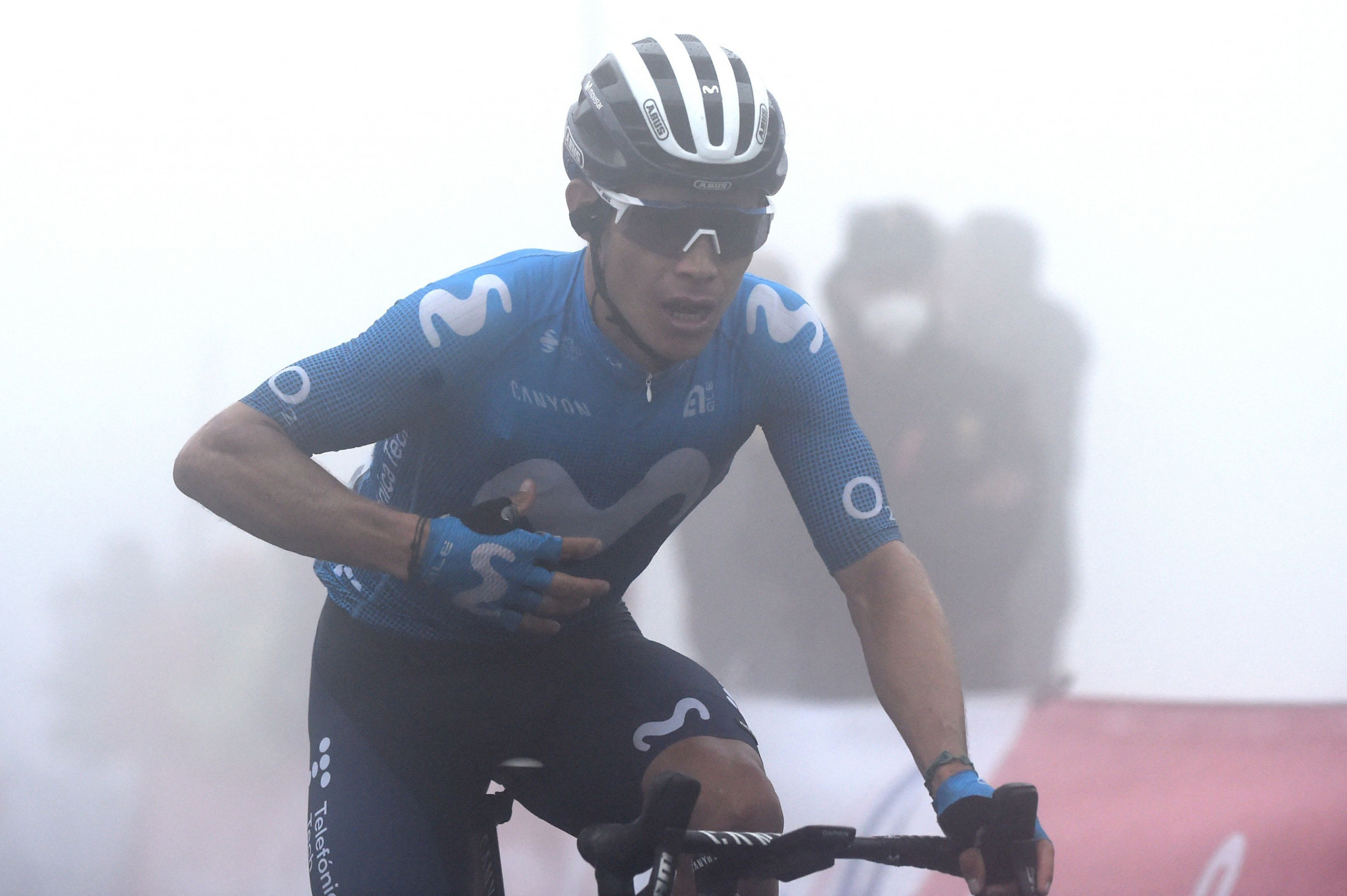 Primož Roglič came second on stage 18 of the Vuelta a España to edge closer to retaining the red jersey, with Miguel Ángel López taking the victory and boosting his slim chance of winning the Grand Tour.

The Colombian, who riders for Movistar, seized the lead of the mountain-filled 162.6-kilometre stage with 4km remaining.

And López maintained his form up the concluding Alto d’El Gamoniteiru climb, emerging from the fog to win in 4 hours 41min 21sec.

Slovenia's Roglič, seeking to win a third successive Vuelta crown for Jumbo-Visma, was 14sec back, and Enric Mas a further six behind.

Australia Michael Storer picked up 25 points by being first over three mountain checkpoints today, and now has a five-point lead in the King of the Mountains standings from Team DSM team team Romain Bardet of France.

Three stages remain at the final Grand Tour of the year.

Tomorrow's is a hilly one, taking riders 191.2km from Tapia to Monforte de Lemos, and may offer Roglič's rivals a final chance to try and drop the defending champion.

Meanwhile in A Rúa, the opening stage of the 2021 Challenge by La Vuelta was won by Switzerland's Marlen Reusser.