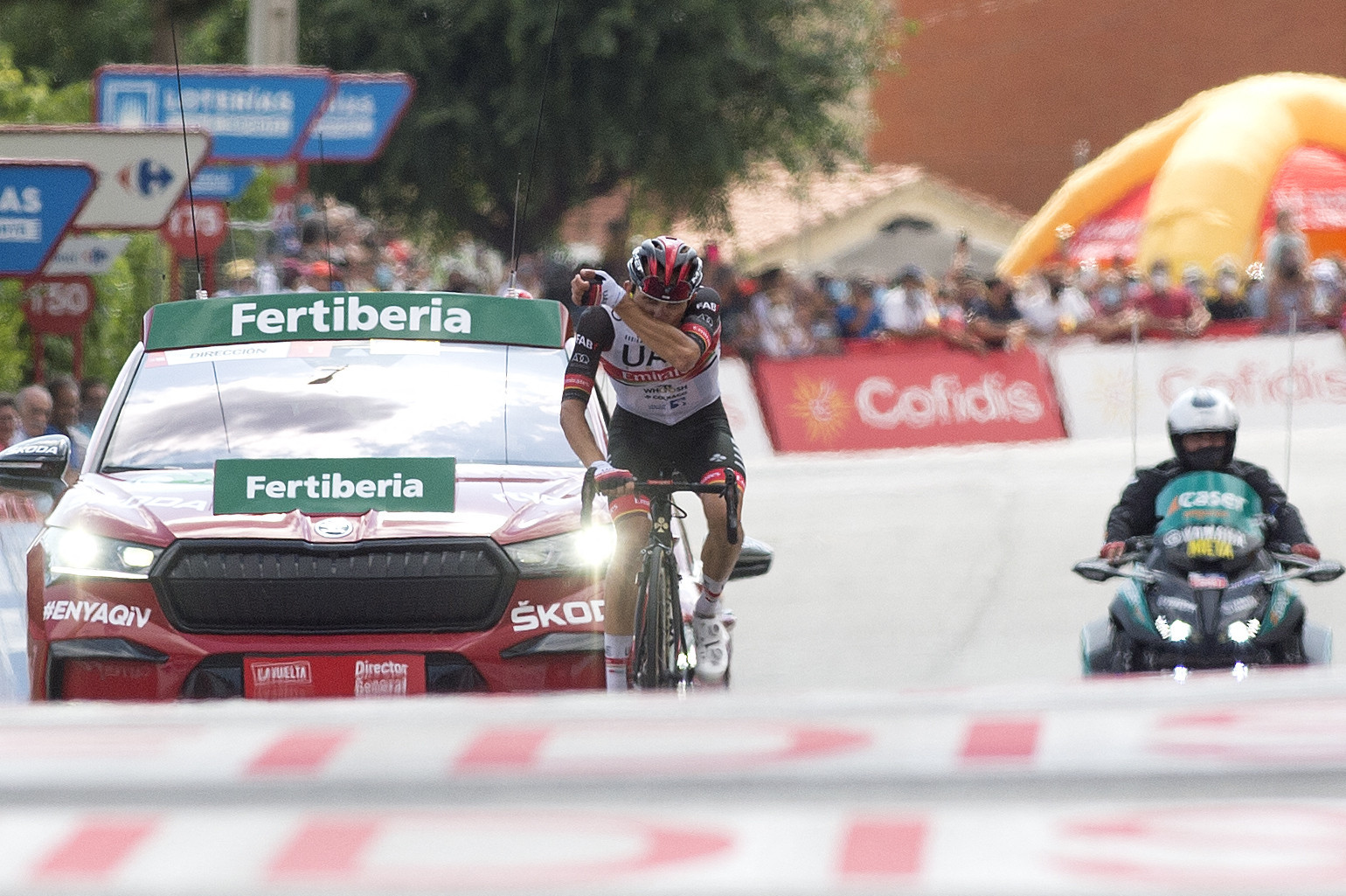 Poland’s Rafal Majka held off all challengers to win stage 15 of the Vuelta a España, after succeeding with an ambitious solo breakaway move with 87 kilometres to go.

Majka, riding for UAE Team Emirates won in El Barraco in a time of 4hrs 51mins 36secs, after launching his individual bid for victory on the category two Puerto de Pedro Bernardo.

Majka maintained his lead over the final two climbs of the day and won by 1min 27sec from Steven Kruiswijk of The Netherlands, representing Team Jumbo-Visma.

Today’s victory for Majka is his second at the Vuelta, after he triumphed on stage 14 in 2017.

Primož Roglič of Slovenia, riding for Team Jumbo-Visma, remains third in the overall standings at 1:36 behind Eiking.

There were no positional changes in the top ten following today’s stage although Britain’s Adam Yates, riding for Ineos Grenadiers, gained 15 seconds, but stays in eighth place.

The second rest day of the race is scheduled for tomorrow.