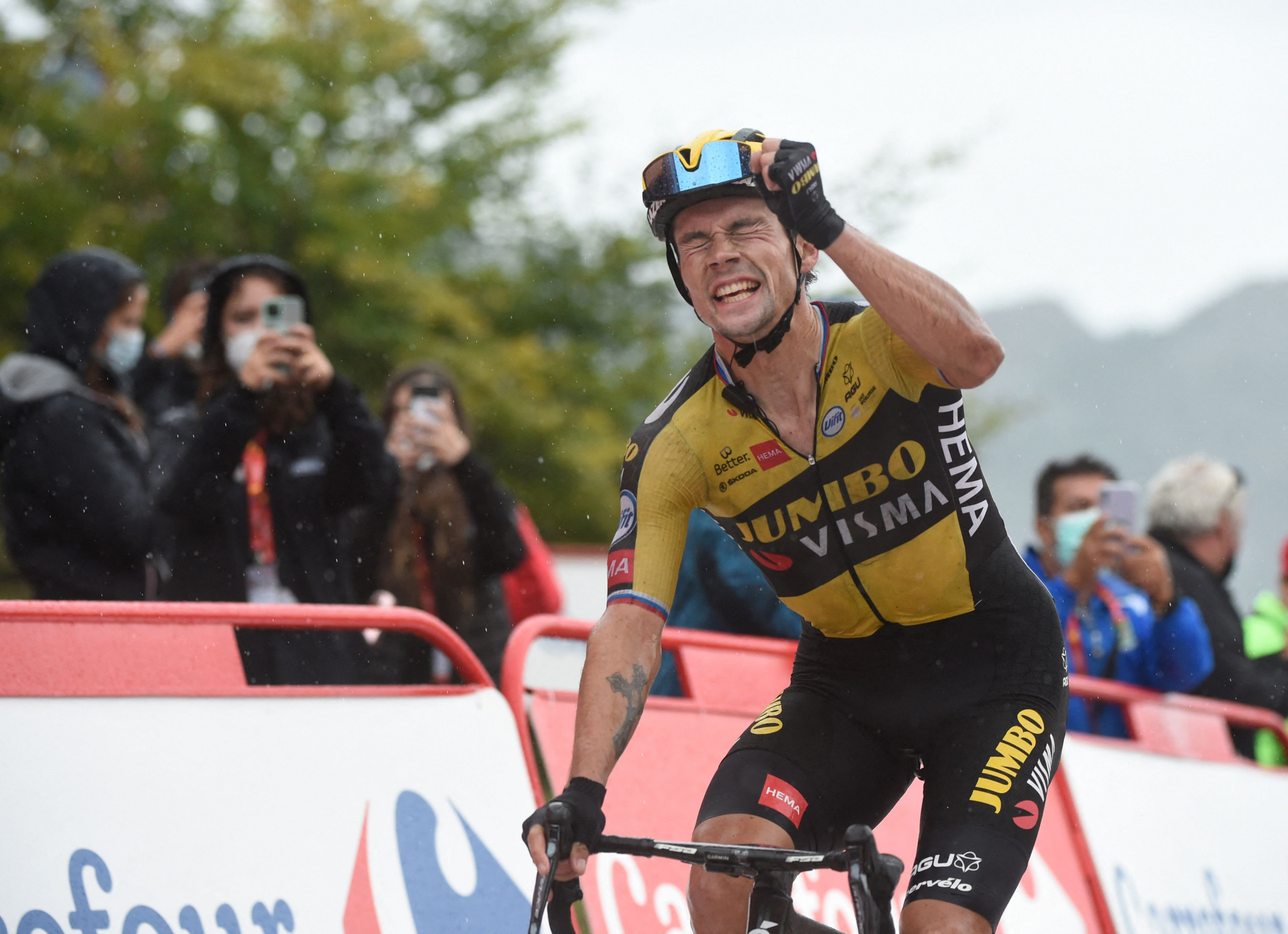 Primož Roglič took a huge step towards his third successive Vuelta a España title after winning stage 17 to reclaim pole position in the general classification standings in Lagos de Covadonga.

On a pouring Asturias afternoon, the Slovenian reminded cynics why he is one of the world's best as he dropped breakaway companion Egan Bernal of Colombia to storm to victory.

It was the Ineos Grenadiers climbing specialist who launched the winning move with an ambitious offensive in the Collada Llomena with 61 kilometres remaining.

Team Jumbo-Visma's Roglič was the only rider who had the strength to stay in touch with Bernal through the infamous ascents.

The two joined forces in the valley on the other side of the 7.5km climb to extend their lead over the chasing pack to more than two minutes.

Although the gap was tightening going into the final uphill segment, Roglič was just getting into his stride.

The 31-year-old took sole control of the stage with 12km to go, and it was clear that Bernal was struggling as he allowed a gap to open with 7.6km remaining.

Roglič punched the air with one fist as he crossed the finish line in a time of 4 hrs 34 mins 45 secs, while his team mate Sepp Kuss of the United States won the sprint for second place at 1:36, leading home a group containing Colombia's Miguel Angel Lopez, Britain's Adam Yates, Spaniard Enric Mas, Jack Haig of Australia and a dejected Bernal.

Bernal gained just one place overall, moving up to sixth, albeit now 4:29 behind Roglič.

Norwegian puncheur Odd Christian Eiking suffered a crash while navigating a slippery descent made dangerous due to the relentless downpour.

He managed to fight back but still ended up 9:23 behind the leader.

The result saw him slip from first to 11th in the race for the red jersey, 7:59 off the pace.

Another mountainous stage awaits tomorrow in stage 18 as riders take on a 162.6km journey from Salas to Alto de Gamoniteiru.