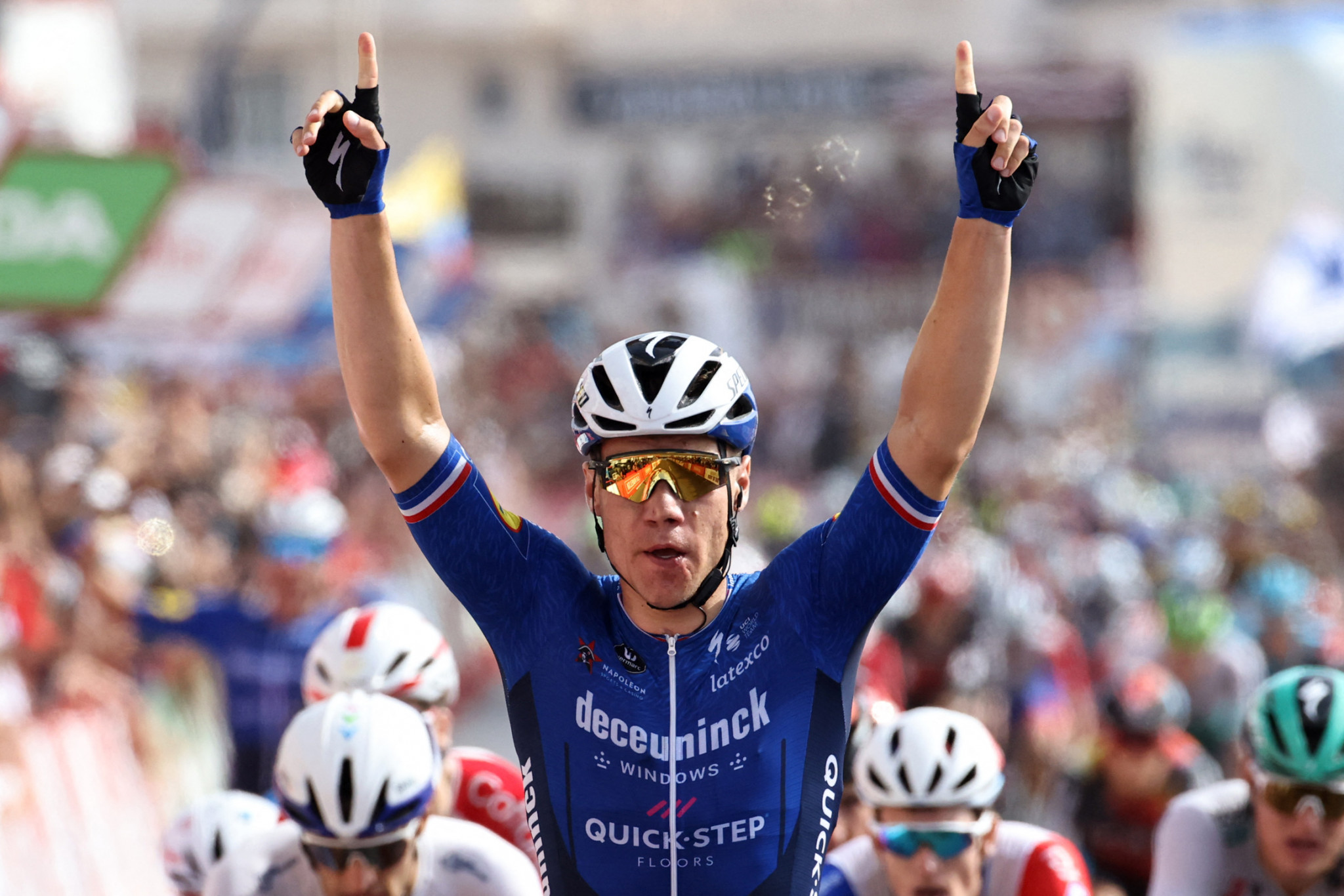 Fabio Jakobsen came out on top in stage 16 of the Vuelta a España after winning a hectic sprint in Santa Cruz de Bezana to take his third victory in this year's tour.

The Deceuninck-Quick Step rider was helped by his team as they took control in the final two kilometres to give the Dutchman a 25th birthday present to remember.

Jakobsen lost his team mate's wheel but had the sprinting skills to protect his position near the front in the meandering final kilometre and then had the speed to win in 4 hours 8 minutes 57 seconds.

Italian Matteo Trentin tried to challenge him but had to settle for third as Belgium's Jordi Meeus came through to take silver.

The 180 kilometre ride from Laredo to Santa Cruz de Bezana in stage 16 was described as the last opportunity for sprinters before the final mountain stages with the Cantabrian hills offering terrain for a breakaway and other attacks.

"A birthday is always a good day, but I'm over the moon with this win," Jakobsen said, as reported by Cycling News.

"I think what we saw today is the 'Wolf pack'.

"I was dropped on the climb, the guys waited for me, they brought me back and I won the race.

"The only thing I can do is win a short, fast sprint - they did everything else today."

Jakobsen extends his lead in the points classification to 127 points ahead of Trentin.

Meanwhile, Norwegian Odd Christian Eiking remains top of the general classification, a position he has held since stage 10.

The most demanding section of the route comes at La Huesera, situated seven kilometres from the top of the climb with an average gradient of 15 per cent for a brutal 800-metre stretch.