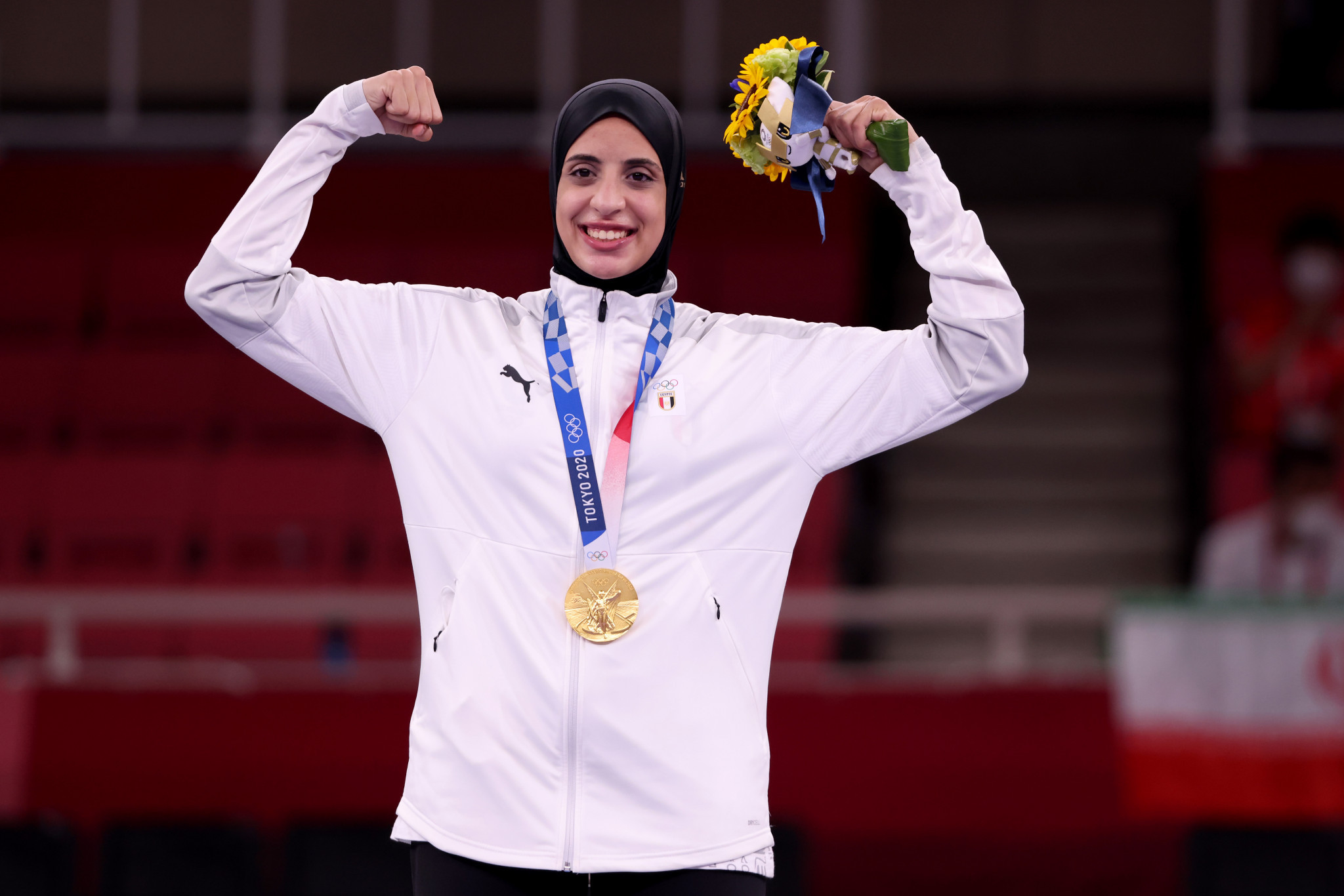 Karate 1-Premier League returns for the third tournament of the season in Cairo tomorrow, the first event since the sport made its Olympic debut at Tokyo 2020.

Nearly 300 athletes from 50 countries are registered to participate in the event, which was scheduled to be hosted by Tashkent in Uzbekistan before being moved to Cairo in June.

Home hero Feryal Abdelaziz is the highlight of the event.

Abdelaziz became the first Egyptian woman to win Olympic gold at Tokyo 2020 when she defeated the 68kg world champion, Azerbaijan's Iryna Zaretska, in a cagey over-61 kilogram final.

Only 2⃣ Days to the start of #Karate1Cairo ❗️

Other Olympic medallists set to compete in Cairo include Tareq Hamedi, who claimed the silver medal for Saudi Arabia in the over-76kg, Austria's Bettina Plank, who won bronze in the under-55kg, and the United States' men's kata bronze medallist Ariel Torres.

Sakura Kokumai of the US, Anita Serogina of Ukraine, Elena Quirici of Switzerland and Gogita Arkania of Georgia all competed in the Olympics and will again feature in Cairo.

Female kata kicks off the schedule on Friday, with the event set to conclude with the finals on Sunday (September 5).

Karate made its Olympic debut at Tokyo 2020 but it was dropped from the programme for the Paris 2024 Olympics.