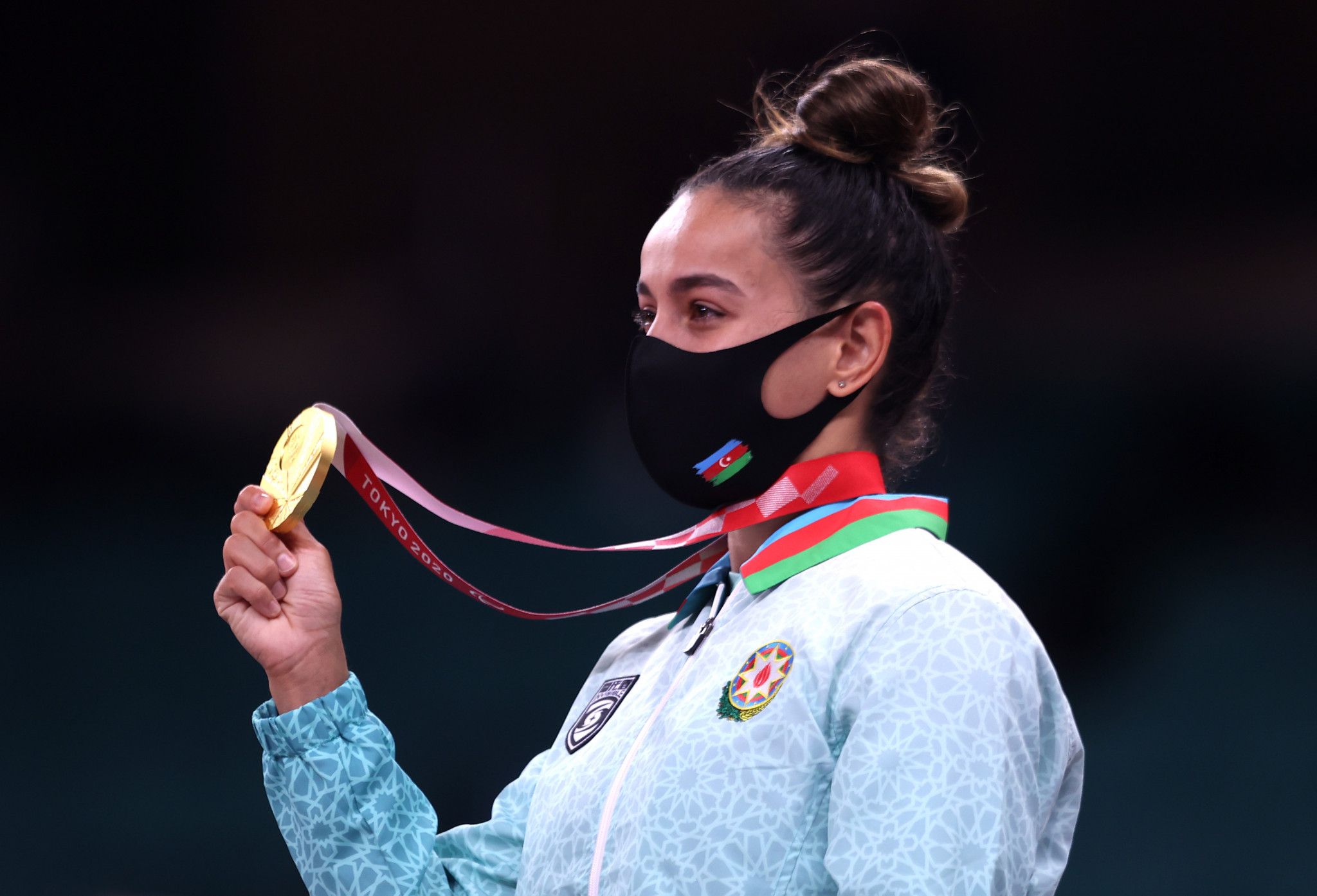 Azerbaijan continued their dominant form on the tatatmi on the second day of judo competition at the Tokyo 2020 Paralympic Games here, winning three of the four golds on offer at Nippon Budokan.

Sevda Valiyeva pulled off a tremendous waza-ari halfway through her women's under-57 kilogram gold medal bout against Uzbekistan's Parvina Samandarova to give the nation a great start.

Samandarova was given two shidos and looked far more passive than her opponent, who continued to attack after getting the lead.

Zeynep Celik of Turkey won her bronze bout in golden score against Japanese Rio 2016 bronze medallist Junko Hirose, having equalised late and then getting the ippon fairly quickly.

Lucia Araujo of Brazil won the other bronze, getting the waza-ari, followed by the hold down of Natalia Ovchinnikova of the Russian Paralympic Committee (RPC) for 10 seconds to secure the ippon victory.

Khanim Huseynova won the women's under-63kg by waza-ari in a close bout against Iryna Husieva of Ukraine, giving Azerbaijan its second title on the tatami today.

Wang Yue of China and Nafisa Sheripboeva of Uzbekistan won the bronze medals, with victories over Olga Pozdnysheva of the RPC and Spain's Marta Arce respectively.

Presenting the Tokyo 2020 men's up to 81kg Paralympic podium!

Huseyn Rahimli defeated Davurkhon Karomatov of Uzbekistan in the men's under-81kg final in golden score, pulling off a fantastic ippon after 26 seconds of extra time to give Azerbaijan its third win of the day.

Mexico's Eduardo Adrian Avila Sanchez was pegged back late in his bronze medal contest by France's Nathan Petit, before winning the second waza-ari for the ippon and the bronze medal.

The other bronze went to South Korea's Lee Jung Min, who executed two incredible moves for the ippon victory against Dmytro Solovey of Ukraine.

Feruz Sayidov of Uzbekistan was the only non-Azeri athlete to claim gold today in the men's under-73kg, upgrading his bronze from Rio 2016.

He scored an ippon within two minutes against Kazakhstan's Temirzhan Daulet and, upon winning, held his head in his hands in disbelief, lying on the floor sobbing and receiving hugs from his coaching team.

Both Ukraine's Rufat Mahomedov and Lithuania's Osvaldos Bareikas were made to work hard to hold onto their waza-ari leads in their bronze medal matches.

Mahomedov defeated Vasilii Kutuev of the RPC while holding two shidos and on the verge of conceding the bout to his opponent;  in the same position, Bareikas held strong to beat Georgia's Giorgi Kaldani.