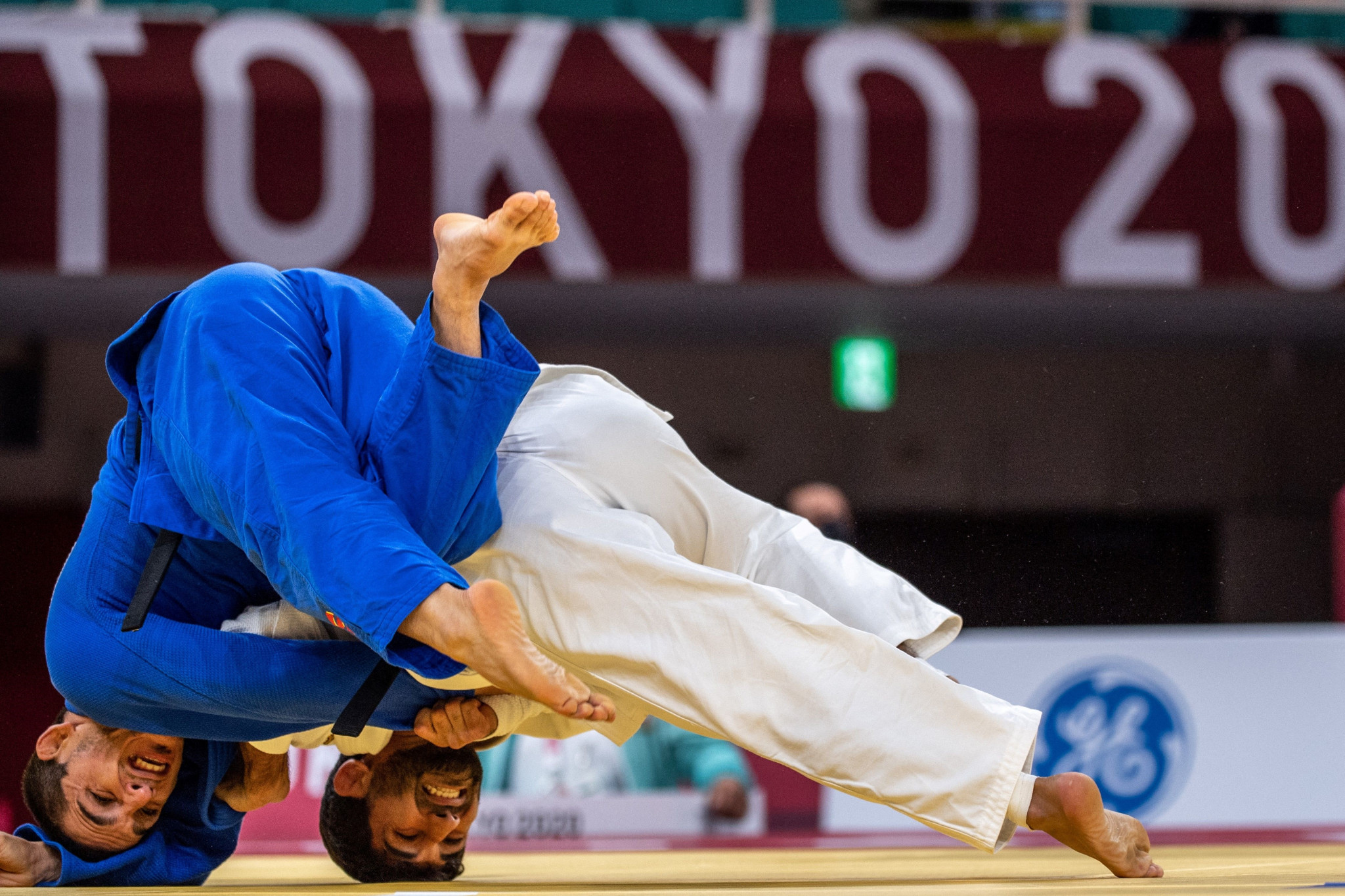 Shahana Hajiyeva and Vugar Shirinli ensured a golden hour for Azerbaijan with back-to-back judo titles at the Tokyo 2020 Paralympics here.

Azerbaijan picked up two gold medals in the space of 50 minutes as Hajiyeva's victory in the women’s under-48 kilogram final was followed by Shirinli’s success in the men’s under-60kg division.

Cherine Abdellaoui of Algeria and Uchkun Kuranbaev of Uzbekistan were also crowned Paralympic champion in the women’s under-52kg and men’s under-66kg categories respectively on the opening day of judo at the Nippon Budokan in Tokyo.

Hajiyeva set the ball rolling for Azerbaijan when she overcame plucky French fighter Sandrine Martinet in a tense encounter that was decided in the golden-score period.

The 21-year-old quickly asserted herself, securing a waza-ari inside the opening 30 seconds.

This looked like being enough to seal victory in normal time as Hajiyeva did brilliantly to fend off Martinet’s attacks, but with just five seconds remaining, Martinet was awarded a waza-ari courtesy of a tomoe-nage.

Hajiyeva was incensed by the decision but managed to compose herself before producing an ouchi-gari to seal a title-winning waza-ari with 40 seconds gone in the golden-score period.

He registered the opening point with an ippon-seoi-nage for a waza-ari, before Sariyev responded 20 seconds later to level the scores.

Sariyev received two shidos in quick succession as the bout headed into its final minute of normal time.

With 36 seconds left, Shirinli drove Sariyev to the ground, only for the judges to rule against him, before the Azerbaijani fighter then pulled off the same move to secure victory with a uchi-mata.

Abdellaoui delivered Algeria’s first gold of the Paralympics in Tokyo with a superb display to beat Priscilla Gagne of Canada.

The Algerian dominated from the word go, forcing Gagne to the ground on several occasions inside the first 90 seconds.

Her early pressure was rewarded with a waza-ari, before securing another on the two-minute mark to clinch the title.

Alesia Stepaniuk of RPC overcame Japan’s Yui Fujiwara to clinch bronze, before Nataliya Nikolaychyk of Ukraine also sealed a spot on the podium with victory over Germany’s Ramona Brussig.

Kuranbaev's frustration grew as he received a second shido, adding to the one he picked up at the start of the bout.

Ibanez Banon was then penalised in the golden-score period for avoiding the grip, before Kuranbaev sealed victory with a waza-ari.

Afghanistan picked up its third medal of the day when Namig Abasli saw off Ukraine’s Davyd Khorava to bag bronze.

Japan also got on the podium when Yujiro Seto defeated Giori Gamjashvili of Georgia.