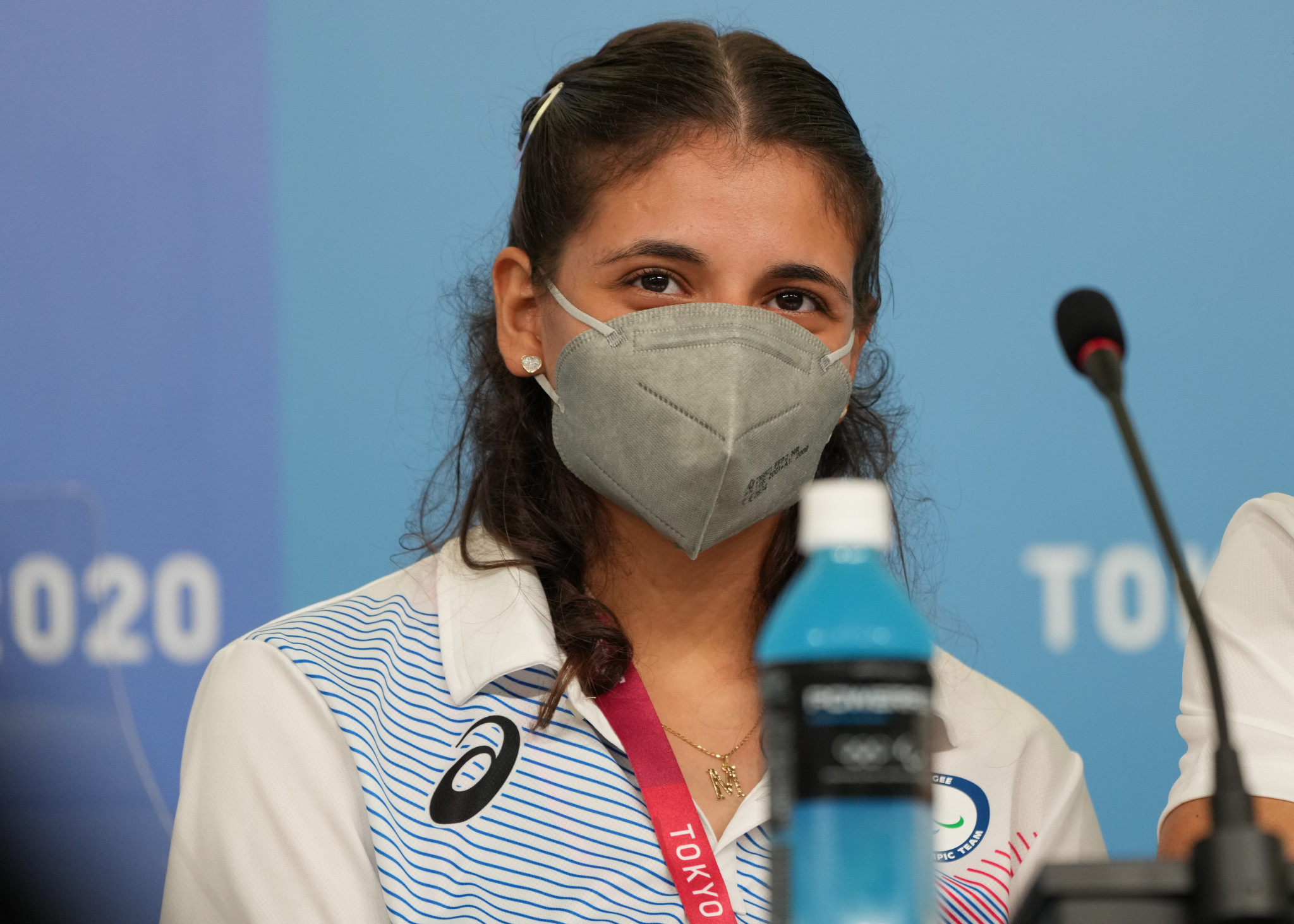 The first female Refugee Paralympic Team (RPT) member Alia Issa and swimmer Abbas Karimi have been named the first flagbearers of the group, meaning they will lead out the squad of six athletes at the Tokyo 2020 Paralympics Opening Ceremony.

It was announced at a press conference today in Tokyo by the RPT Chef de Mission Ileana Rodriguez, featuring Issa, as well as fellow team members Ibrahim Al Hussein and Shahrad Nasajpour.

Issa was informed of the decision during the press conference and expressed her delight through her translator.

"I never believed I would be in the Paralympic Games once in my life and I can’t believe I'm the first woman.

"It's a big tournament."

Issa's confirmation was a formality as the only woman on the inaugural RPT team.

The International Paralympic Committee (IPC) allow a female and male flagbearer as part of its gender equity policy.

Born in Greece to Syrian refugees, the 20-year-old is to compete in the women's club throw, having finished fourth in the event at the 2021 World Para Athletics Championships.

Joining her is swimmer Karimi, who is to compete in the men's 50-metre butterfly S5.

He was the first refugee athlete to win a medal at the World Para Swimming Championships, claiming silver in 2017 in his favoured event.

Karimi is to be the only Afghan athlete at the Games, after the Afghanistan Paralympic team was forced to withdraw due to flights being cancelled in Kabul in the wake of the power shift to the Taliban.

Al Hussein and Nasajpour are to compete at their second Games, as they were part of the Individual Paralympic Athletes team at Rio 2016.

The RPT is set to be the first team out at the Parade of Nations at tomorrow's Opening Ceremony.