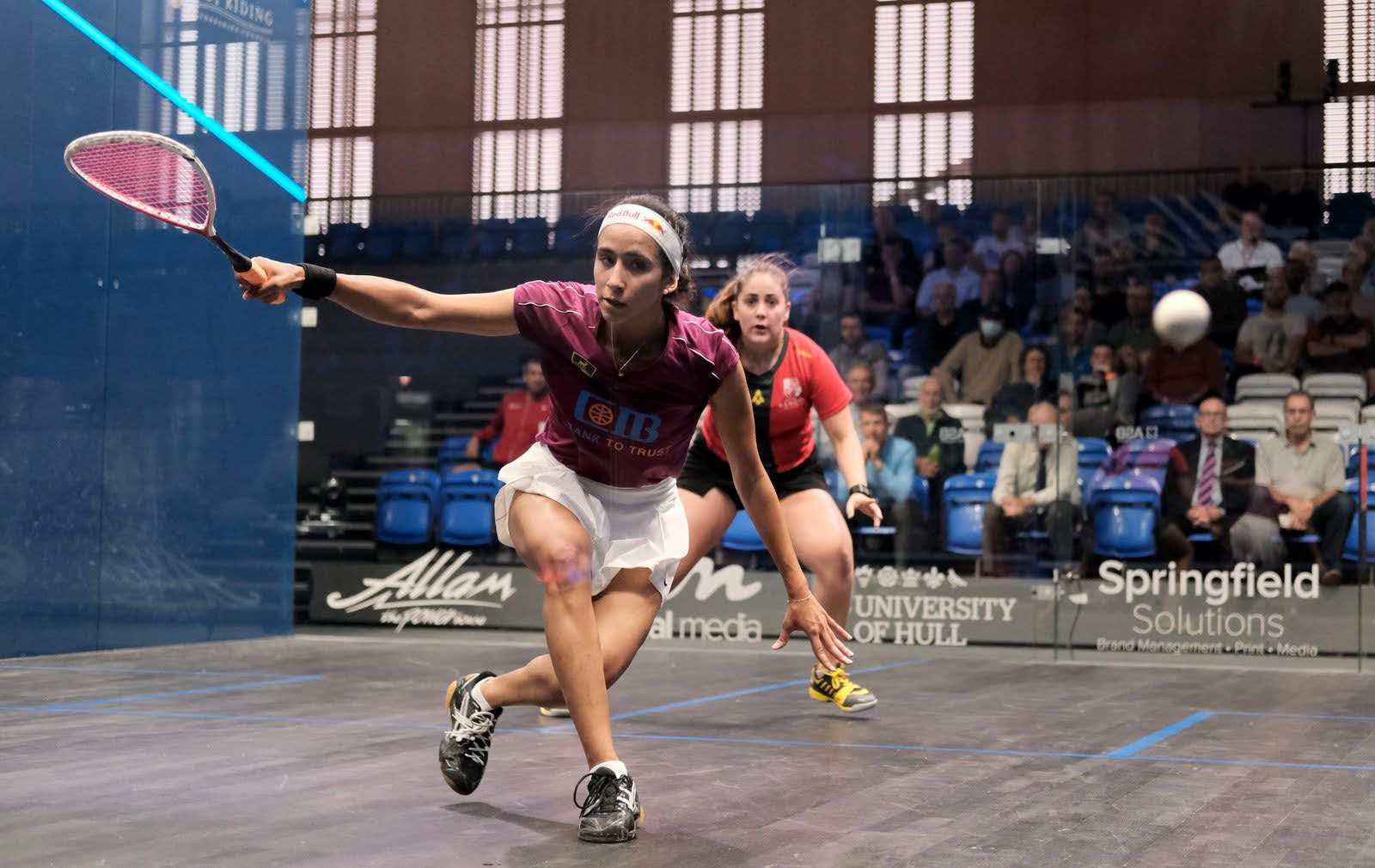 The quarter-final line-up at the Professional Squash Association (PSA) World Tour's British Open in Hull was completed today, with the seeded players in action all progressing in the men’s and women’s competitions.

Coll will face the seventh seed Diego Elias in the quarter-finals, as the Peruvian continued his fine form since returning from a hip injury with a straight games 11-9, 11-7, 11-3 victory over world number 13 Gregoire Marche of France.

World number one and second seed at the British Open Mohamed ElShorbagy of Egypt continued his title defence with an 11-7, 8-11, 13-11, 11-7 win against France’s Baptiste Masotti.

ElShorbagy will face fellow Egyptian Youssef Soliman in the last eight, whose opponent Iker Pajares Bernabeu of Spain was forced to withdraw having been identified as a close contact of an individual who tested positive for COVID-19 on his flight to the United Kingdom.

Top seed Ali Farag and eighth seed Mostafa Asal, both of Egypt, will face off in one of the top half of the draw’s quarter-finals, with their compatriot and fourth seed Marwan ElShorbagy playing Miguel Rodriguez of Colombia in the other - ties which were confirmed after yesterday’s third round matches.

The Egyptian fourth seed and Manchester Open champion clinched a third game tiebreak to go through in straight games 11-6, 11-4, 14-12 against France’s Melissa Alves.

The defending champion and world number two Nouran Gohar of Egypt eased through what had looked a tricky test against Wales’ Tesni Evans, ranked 11th in the world.

The fifth seed Sarah-Jane Perry of England awaits in the last eight as she also recorded a straight games victory over Australia’s Donna Lobban 12-10, 11-5, 11-7.

In yesterday’s action in the top half of the draw, world number one Nour El Sherbini booked a quarter-final clash with fellow Egyptian Nadine Shahin, while sixth seed Amanda Sobhy of the US set up a clash with the world number 12 Rowan Elaraby of Egypt.

The men’s and women’s quarter-finals are due to take place tomorrow.