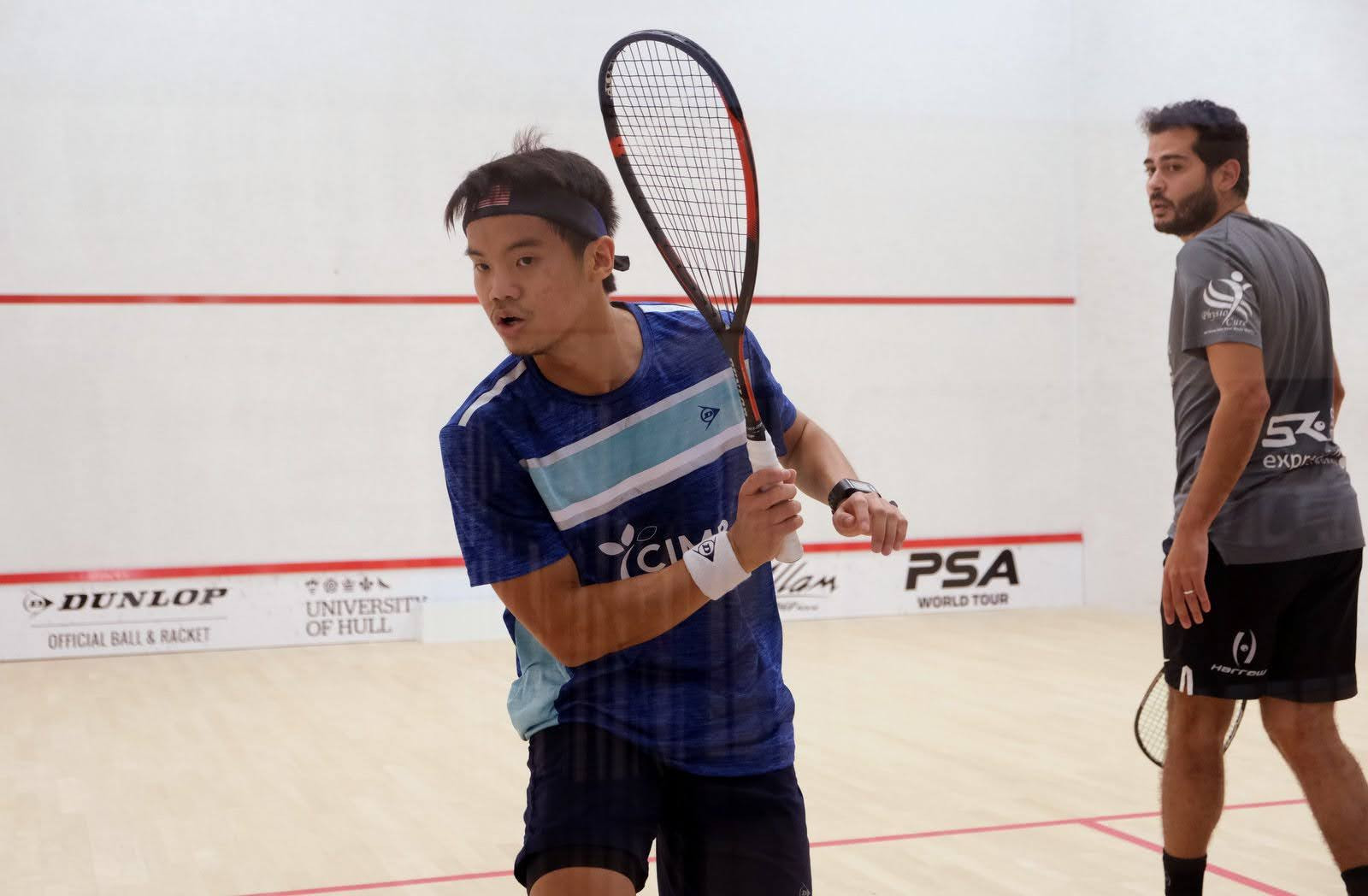 The seeded players entered the second round of squash’s British Open in Hull today, with two falling victim to upsets in the men’s competition, while third seed Camille Serme of France withdrew from the women’s event with injury.

Egypt’s Karim Abdel Gawad was seeded fifth in the men’s draw and is sixth in the Professional Squash Association (PSA) rankings, and despite twice coming from behind to level against Malaysia’s world number 22, he became the highest ranked player to be eliminated as his opponent took the match 11-7, 7-11, 11-5, 7-11, 11-2.

Eain Yow will face 2018 British Open champion Miguel Rodriguez of Colombia after his victory over the United States’ Todd Harrity in straight games.

In the bottom half of the draw, sixth seed and world number seven Fares Dessouky was knocked out by his compatriot Youssef Soliman.

Despite taking the first two games 11-7 and 11-5, Soliman hit back and claimed the last three games 11-7, 11-2 and 11-8 to progress to a third round clash with Spain’s Iker Pajares Bernabeu.

Top seed Ali Farag, who is also the world number two, had to recover from losing the first game 13-11 to Scotland’s Greg Lobban, but won the subsequent games 11-3, 11-7 and 11-2 to set up an all-Egyptian match with world number 12 Mohamed Abouelghar in the next round.

The world number one, defending British Open champion and second seed Mohamed ElShorbagy had to go the distance to beat the world number 10 and Manchester Open runner-up Joel Makin of Wales, but eventually triumphed 12-10, 6-11, 11-7, 3-11, 11-6.

ElShorbagy will play France’s Baptiste Masott in the last 16.

In the women’s competition, Serme, the 2015 British Open champion and runner-up the last time the event was held in 2019, withdrew due to a leg injury, with her Canadian opponent Danielle Letourneau receiving a walkover.

On the court, the world number nine and eighth seed Salma Hany of Egypt is also out of the competition after being beaten by her compatriot and world number 16 Nadine Shahin, the match finishing 11-7, 12-10, 3-11, 11-8 in Shahin’s favour.

All the other seeded players progressed to the third round, with world number one and top seed Nour El Sherbini of Egypt easing past the United States’ world number 20 Olivia Fiechter in straight games, 11-8, 11-2, 11-6.

She will face the world number 10 Joshna Chinappa of India tomorrow.

El Sherbini’s compatriot, the defending champion and second seed Nouran Gohar, wrapped up her tie with fellow Egyptian Zeina Mickawy on the Glass Court in just 26 minutes, clinching it 11-2, 11-4, 11-9.

Next up for Gohar is world number 11 Tesni Evans of Wales, after she won an all-Welsh clash with Manchester Open semi-finalist and world number 23 Emily Whitlock.

Fourth seed Hania El Hammamy of Egypt, England’s fifth seed Sarah-Jane Perry, the sixth seed from the US Amanda Sobhy and New Zealand’s seventh seed Joelle King all eased through to the third round.

The sixteen players remaining in the men’s and women’s finals are playing for a quarter-final berth when the action resumes tomorrow.